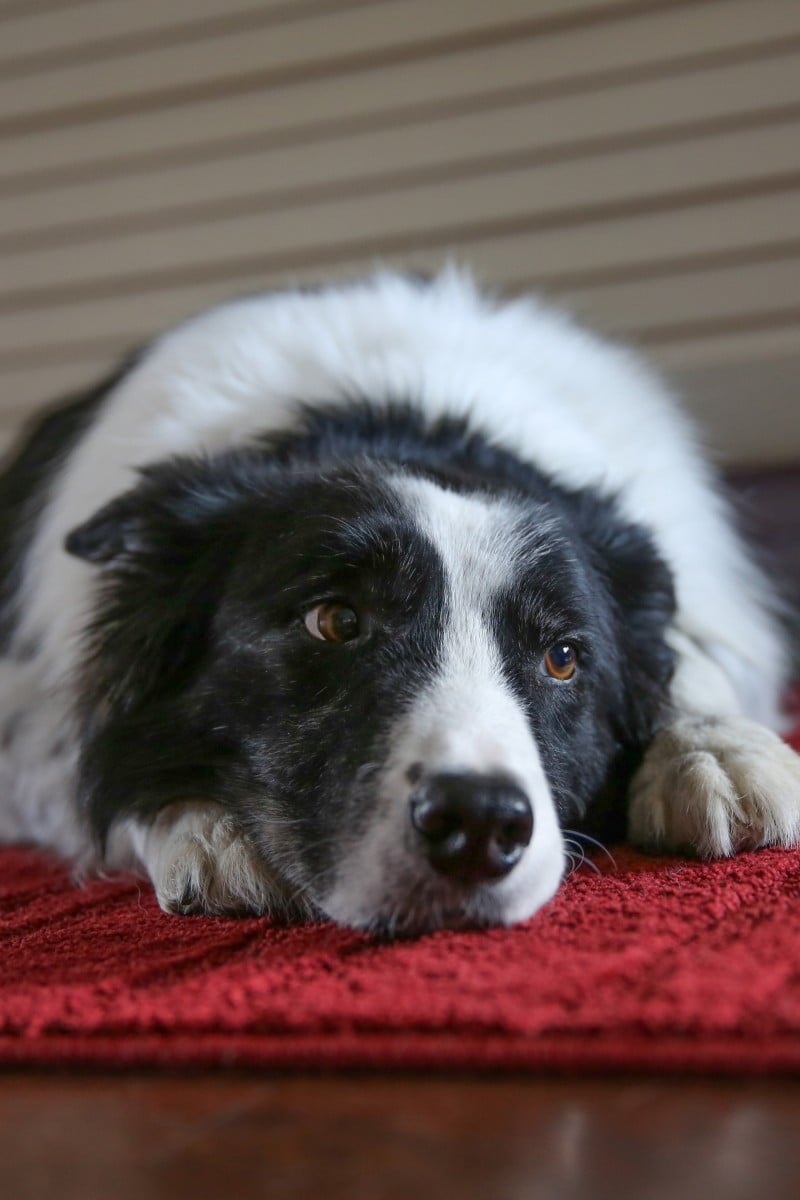 Why you should give older pets a second chance at life 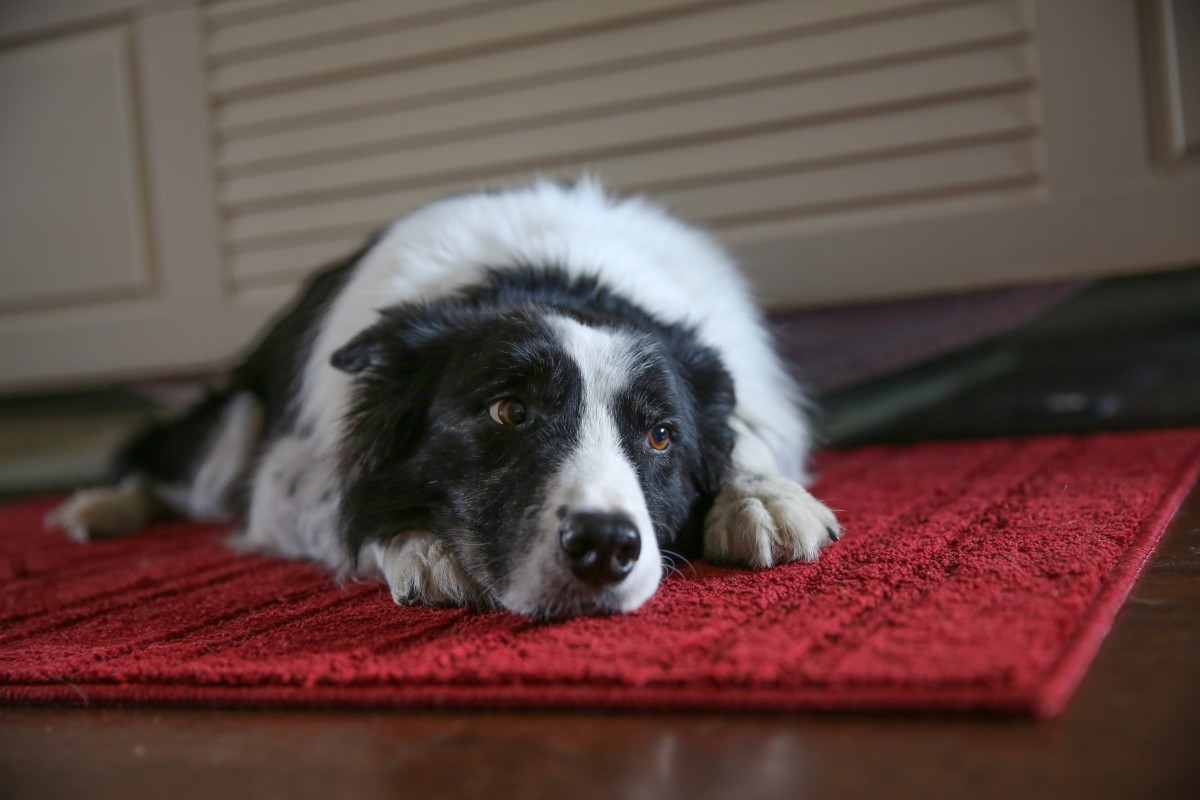 Older pets still have lots of love to give – if you'll let them.

Jolie Gallagher and her husband were not looking to expand their pack when they spotted the black dog on an animal welfare organisation’s Instagram page in March.

The friendly Australian Shepherd mix, later renamed Cricket, was found as a stray and brought to the shelter. Because of her age, eight years old, Cricket would most likely not land at the top of many people’s list for adoption.

Jolie Gallagher and her family's three dogs, (from left to right) Cricket, Ruby and Cooper. (Photo courtesy of Jolie Gallagher)Rescue groups and shelters say older cats and dogs are usually the hardest to place because most people want younger pets. Older pets may be a bit greyer or not romp as much, but they can still add a lot to their owner’s life.

“When I found out she was a senior, there was no way I could leave her at the shelter,” said Gallagher, a pharmacist. Cricket was later diagnosed with arthritis, but is doing well on medication.

“The biggest thing I love about her is she is so calm and doesn’t require as much attention and training as a puppy. She was a ready-to-go dog. Senior dogs are so easy to incorporate into your lives, and you are giving them a safe place in their older years to be comfortable.”

Karen Hirsch, public relations director for LifeLine Animal Project, in Atlanta, in the US state of Georgia, said people who open their homes to older pets “just have a special place in their hearts”.

Sometimes the older pets come in as strays. Perhaps they escaped, the owners felt they were too big, or they were dumped by their owners because of the expense of keeping them. Some are dropped off at the shelter because the owner has died or the owner has to move to a nursing home or assisted living facility that doesn’t allow animals.

“You have to look at it as a mission that you’re giving that dog a home and a second chance,” said Becky Cross, director of Atlanta Lab Rescue (ALR), also in Georgia. The rescue takes in 450 to 500 dogs annually, of which 10 per cent to 15 per cent would be considered seniors.

Pet parenting 101: Are you prepared for a new pet?

Charlie Kleman, a retired corporate executive, is chairman of ALR’s board and a volunteer who often logs hundreds of kilometres a day ferrying homeless dogs to the vet, kennels and foster or forever homes. Sometimes, his passengers are older dogs.

“By the time they’re eight or 10 years old, they’re used to being around somebody,” he said. When they’re abandoned or strays or surrendered, “they’re so confused”.

They’re happy to get out of the shelters. “Half of the older ones will want to put their paws on my lap and they can’t stop wagging their tails,” Kleman said.

Older cats and dogs can live full, healthy lives. Others, like people, experience health issues as they age. Hirsch said her last three cats lived to be 17, 18 and 20.

Like their human counterparts, older pets are more likely to develop age-related health issues such as arthritis, and heart, kidney and liver disease, according to the American Veterinary Medical Association. Dogs get cancer at roughly the same rate as humans, while cats typically have a lower rate.

How an artist and an elderly dog met

Atlanta artist Lawson Thomas Chambers had a roommate who had older dogs. In 2018 when Chambers, who prefers using a gender-neutral pronoun, decided to foster, they specifically looked for an elderly dog. Chambers “fell in love” with Akira, an older dog who had terminal cancer.

“I wanted to learn discipline and learn how to take care of a dog without necessarily caring for a puppy,” Chambers said. When Chambers first visited the LifeLine shelter, they noticed Akira because while other dogs were barking, she remained quiet.

It was a 180-degree turnaround once Chambers got her home.

“She had too much life for an eight-year-old pit bull with cancer,” they said. “She had a lot of personality. She was a loud, bold, stubborn woman.”

Although she was ill, they noticed that when Akira went for a walk, she had boundless energy. “She was a puppy until the day she died.”

Michael San Filippo, a spokesman for the American Veterinary Medical Association, said that due to improved veterinary care and dietary habits, pets are living longer now than ever before. “It’s important to remember that age is not a disease; good care allows our pets to live happy, healthy and active lives in their senior years.”

What to do when you get a new cat

It’s difficult to say what the average life span of a dog is because it varies by size and breed, as well as other factors, such as whether the dog is spayed or neutered. Chihuahuas, for example, have an average life span of about 15 years, compared to Great Danes, whose average life span is closer to eight years. Cats are a bit more consistent (in size and age range), with the average life expectancy of cats being somewhere around 15 years if they are indoors-only cats; cats that are allowed to roam outdoors have much shorter lifespans. (Source: American Veterinary Medical Association)