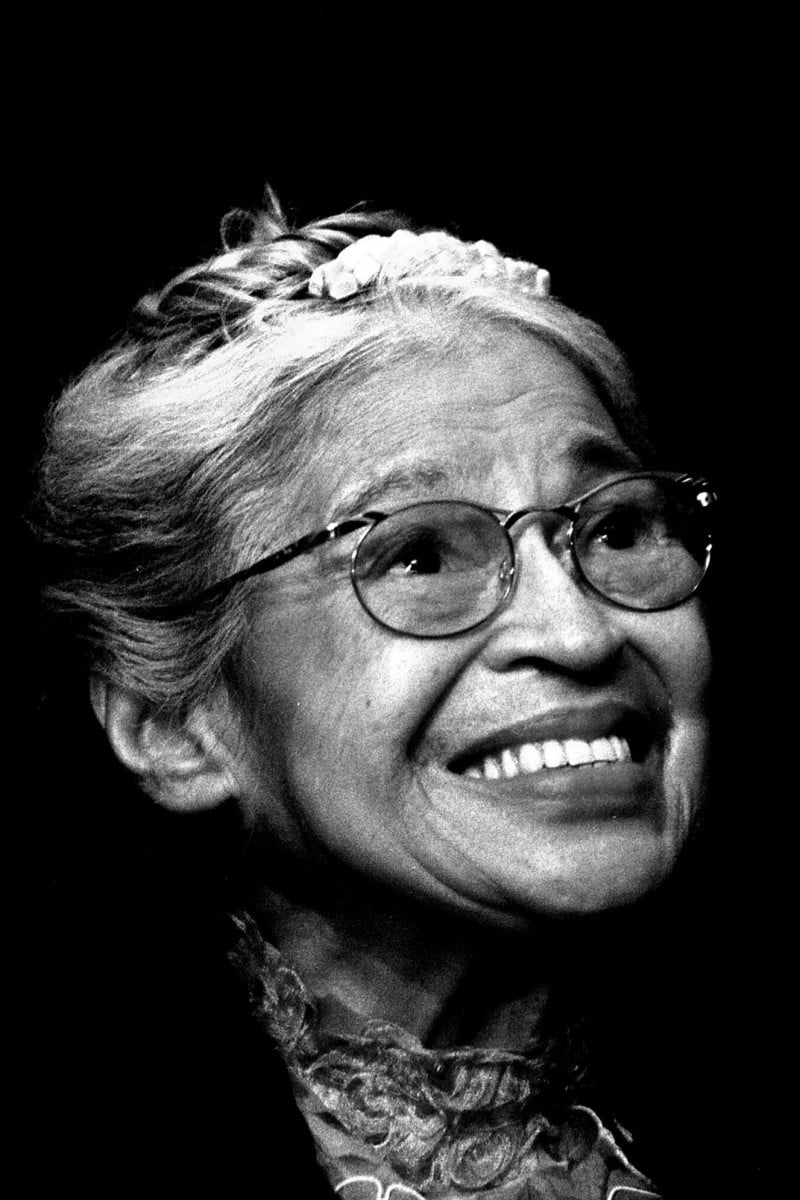 History Makers: How US civil rights activist Rosa Parks took a stand by sitting down Rosa Parks' refusal to give up her bus seat to a white man in the American South sparked the modern civil rights movement. Photo: AP

History makers showcases people who have made a difference and explores the impact they’ve left on the world. This week, we’ll discuss civil rights activist Rosa Parks.

The women who inspire us

Rosa Louise McCauley was born in 1913 in a small city in Alabama, a state in America’s Deep South.

The region has a long history of slavery, racism and segregation.

McCauley grew up with her grandparents and her mother, who was a teacher. She had to drop out of secondary school to take care of them when they became sick.

A sign marks the spot where Rosa Parks boarded the bus that would help her make history.

When McCauley was growing up, states in America’s South were governed by Jim Crow laws.

According to these laws, black people could not go to the same schools, restaurants or public facilities as white people. They even had separate seating on buses and trains. Of course, facilities for white people were always better. What’s more, many of these states made laws to block black people from voting in elections.

Books you should read before starting uni in the US

McCauley married Raymond Parks in 1932. They lived in Montgomery, Alabama’s capital city. They were both active in the Civil Rights Movement, with Rosa Parks volunteering as a secretary for the local activist group.

On August 28, 1955, a pivotal event took place in the state of Mississippi. Emmett Till, a 14-year-old black boy, was brutally murdered – for allegedly whistling at a white woman. His body was thrown into a river and only found days later. The two white men who killed him were found not guilty by an all-white jury, though the men admitted later that they had killed Till.

How Gen Z fights against inequality

On December 1, 1955, four days after Parks attended a meeting about Till’s murder, as well as the murders of two black activists, she was taking the bus home from work. She was sitting in the front row of the section of the bus allocated to black people.

The seats reserved for white people were all taken, so the bus driver told Parks to give her seat to a white man, though there were empty seats behind her. She refused. The bus driver called the police, and they arrested her. She was tried in court and fined for disorderly conduct.

Parks’ refusal to stand on the bus was partly in protest against the murders. But, as she explained later, she was also simply tired of “giving in”.

It sounds like a small move, but refusing to give up her bus seat had a huge impact.

In response to Parks’ arrest, members of the local black community decided they would no longer use the local bus service. It began as a one-day boycott, but ended up lasting 381 days. Some black people walked as far as 30 kilometres to their jobs rather than take the bus.

After 381 days, the US Supreme Court said that buses could not have racially segregated seats. Though white people responded with violence, Parks had achieved a small victory and launched a movement that is still changing America.

Parks died in 2005 at the age of 92. A service was held for her in the US capital of Washington DC, and she was honoured nationwide.