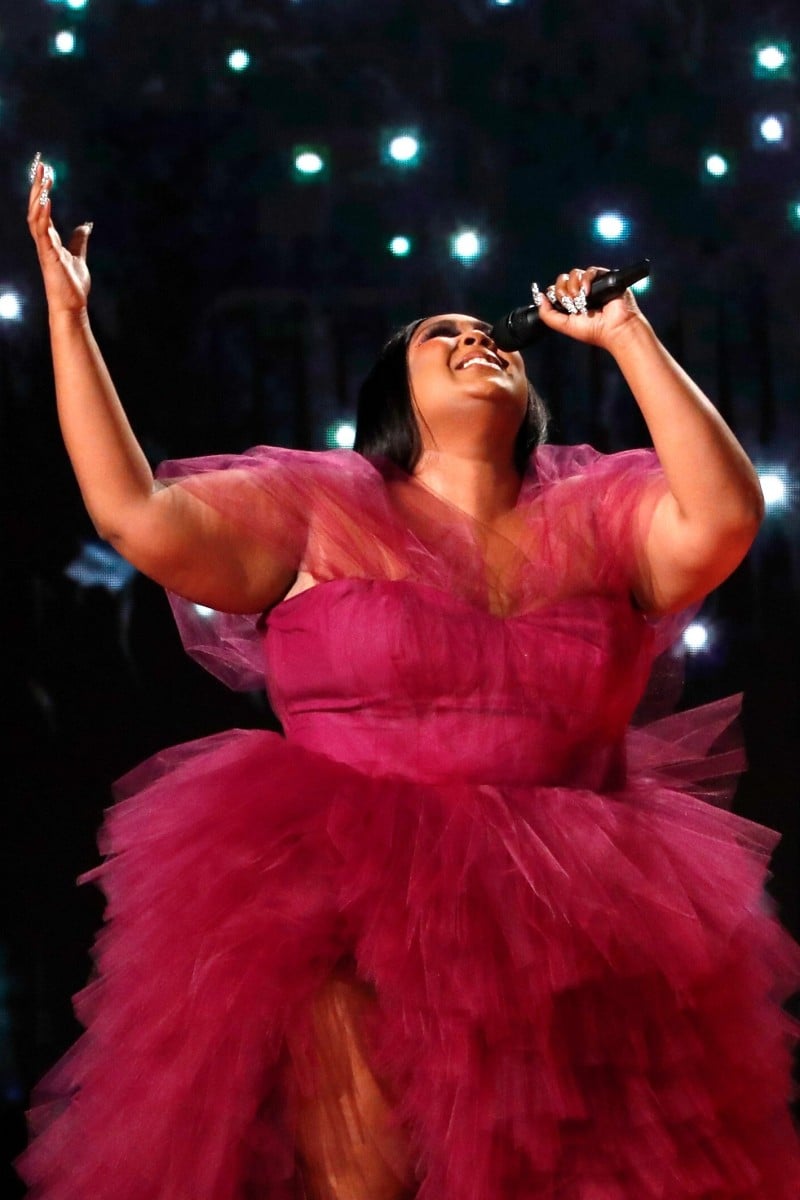 Lizzo drops ‘Rumours’ with Cardi B and talks to YP about confidence, social media and Captain America’s baby 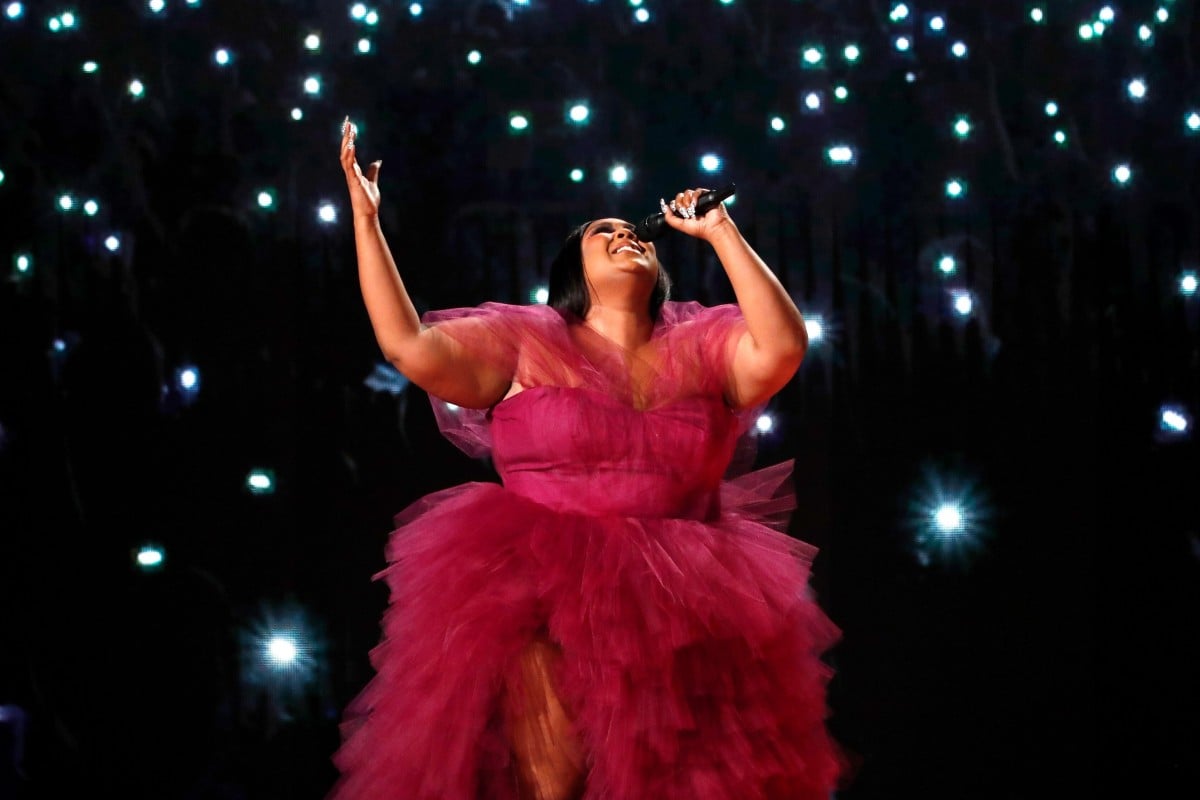 Lizzo is ready to address some rumours – and she’s bringing Cardi B along for the ride.

In an interview with Young Post, the 33-year-old American singer, whose music videos have racked up hundreds of millions of YouTube views, talked about her new single Rumours, confidence, and her hopes for her music.

“My inspiration for the song was finally having the opportunity to clap back and own all the things people have to say about me on social media,” the three-time Grammy award winning artist said via Zoom.

The new single dropped on Friday, featuring an artist she has admired for years – award-winning rapper Cardi B. The release is Lizzo’s first since her 2019 album “Cuz I love you” that launched her to superstardom. One of the album’s singles, Juice, not only spawned 98 million views on YouTube, but endless articles and accolades about the body positive focus of its lyrics.

Some of her older songs have also made waves, with the infectiously uplifting Good as Hell and the ultimate break-up anthem Truth Hurts garnering more than 100 million views each on YouTube.

For Lizzo, Rumours is a chance for her to finally respond to how the media and public talk about her.

Lizzo's new single is a chance for her to address all the wild things people say about her online. Photo: Jora Frantzis

She has been subject to a lot of criticism online for expressing love for her plus-size body, and with her huge social media following – more than 11 million followers just on Instagram – even a 10-day detox juice cleanse she did to correct intestinal issues received backlash from the body acceptance community.

In a video she posted on social media earlier, she said: “As a big girl, people just expect that if you are doing something for health, you’re doing it for weight loss, but that’s not the case.”

This isn’t the only rumour the singer has had to deal with.

Last month, she took to TikTok, where she has 17 million followers, to address the rumour that she once killed an audience member at a show by diving off the stage and crushing them to death. In the video, she said that while she saw a lot of annoying things about herself online, this particular lie really irked her.

“I decided to put it all in the music, because what better way to clap back than in a hit song?” she told Young Post.

The singer rose to fame because of her larger-than-life voice and her catchy, iconic lyrics – Truth Hurts begins with possibly the greatest opening line in the history of music, “Why [are] men great ’til they gotta be great?”.

An exclusive interview with Dua Lipa

She is also admired for her impressive flute skills: she is a classically trained player, and her instrument, affectionately named Sasha Flute, even has its own Instagram account where fans can follow her adventures.

On social media, Lizzo talks openly and intimately about body positivity and loving herself, and her candidness allows her to form deep connections with her fans. But she also has plenty of fun posts, many about her undying affection for Marvel star Chris Evans – she even joked in a post that she was expecting a baby with him.

Still, even a star like Lizzo can get star-struck. Partnering with Cardi B on the release was “a dream come true” for the singer.

Lizzo pictured at the 62nd Grammy Awards at the Staples Centre in Los Angeles. Photo: TNS

“She’s so funny and so smart, and I was like, ‘She’s too cool for me’,” she recalled. “We would meet at parties, and there was always so much love. I was like, ‘You know what? One of these days, we’re going to collab’.”

And she finally found the perfect opportunity.

“When we wrote Rumours, it was the obvious choice to let people know that these rumours don’t mean anything to us,” she said.

This single is just the start of a new era for Lizzo. In the last few years, she has written more than 130 songs, and now she is going through them and choosing the best for her next album – which is yet to have a name or release date.

“You think all this personality is going to fit in one song?” she explained. “I have so many I’m excited for the world to hear, so I’ve got to make sure I put together the perfect album.”

The biggest difference between her previous releases and her upcoming track is confidence. In the past, she was striving to be more confident, but now, she has it.

“I can hear it a lot in the music,” she said. “I’m saying things now that I never would have said before.”

Lizzo hopes her music can be a comfort for her fans, especially since the last two years have been so drastic and life-changing.

Not only has the US been battling the Covid-19 pandemic along with the rest of the world, but last summer saw a series of protests around the nation after the murder of George Floyd by police officer Derek Chauvin in Minneapolis, Minnesota – the same city Lizzo moved to in 2011 to launch her music career.

“My number one goal with my music is to touch people and help people,” she said. “It has helped me. I’ve been using my music as therapy since I was 20 years old.”

Lizzo hopes her fans can use her music to make themselves feel better. Photo: TNS

Lizzo is confident her new music will do well because she still has the same secret sauce that made her previous releases so successful: herself.

“I put 1,000 per cent of who I am into the music, lyrics and production of my songs,” she emphasised.

“I’m going to say what’s on my heart. We’ve had a very transformative two years ... and it would be impossible for me to not reflect on the times and speak on it.”

Jean Tan gets in touch with her heart

And when it comes to rumours, Lizzo said that if she could spread one about herself (besides the story that she is pregnant with Captain America’s child), she would pick one of the more unusual ones she has heard.

“I saw a rumour that my [bottom] is insured for 1 million dollars. I kind of like that. Let’s let everyone think that’s true.”