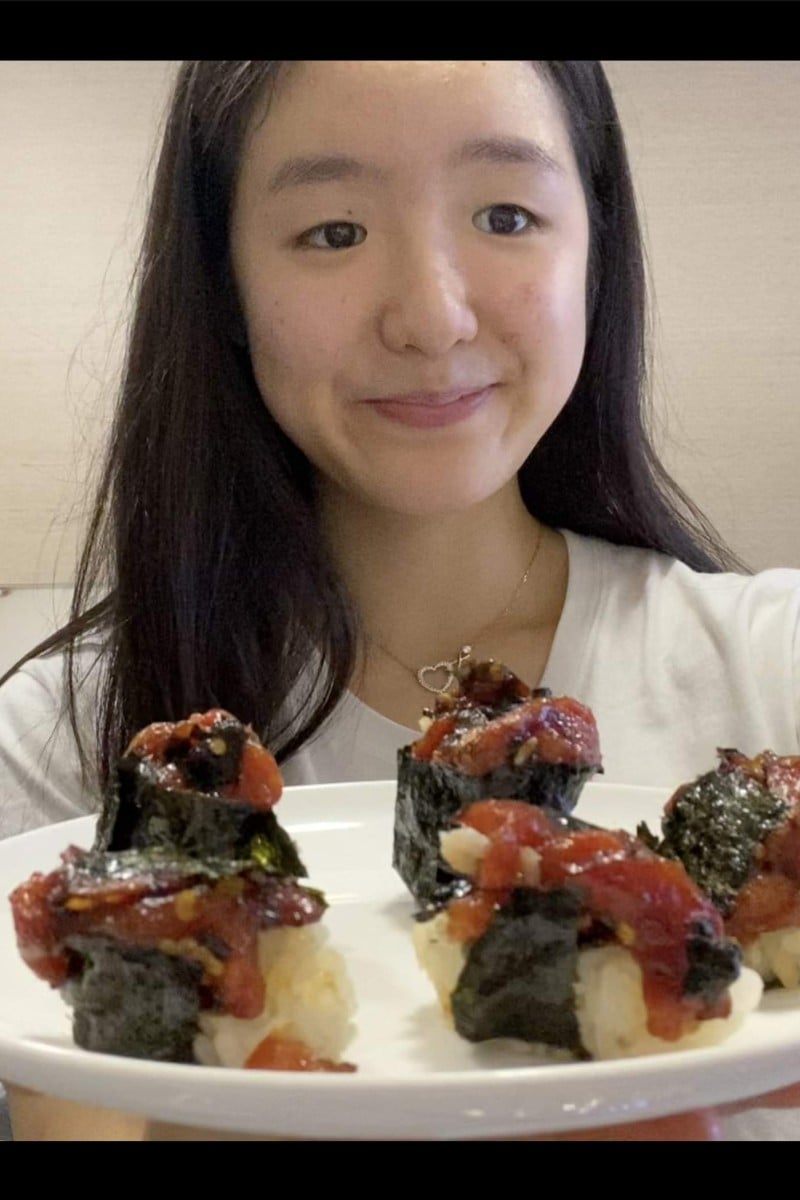 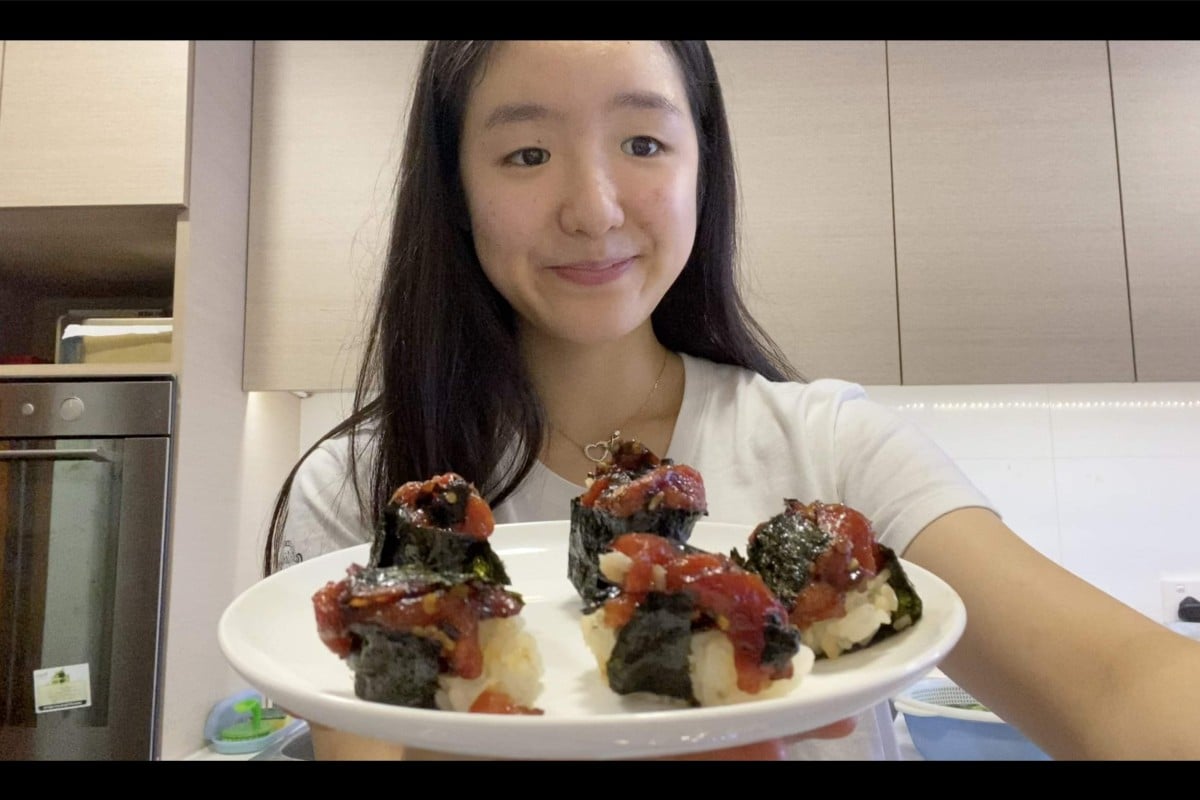 Marinating watermelon is something I never thought I’d do. I mean, who would ever think to eat watermelon soaked in soy sauce and vinegar?

TikTok users, that is who.

Last year’s food fads were all about Dalgona coffee and cloud bread, but this year, the focus is on vegan-friendly dishes.

Out of curiosity, I sent myself on a mission to cook two TikTok recipes and see if they were worth the hype. One was a vegan tuna sushi made from watermelon, and the other was a vegan sashimi bowl made out of tomatoes.

TikTok says this is great workout fuel, but is it true?

One advantage of these dishes is that they’re generally pretty healthy.

Michelle Lau, a dietitian and nutritionist, told Young Post that the watermelon sushi is not only fun to prepare; it is also low in calories and a great source of Vitamins A and C.

Clara assembles the watermelon sushi, which turns out to be an agonising process. Photo: SCMP/Clara Ki Lu

So now we know the dishes are healthy. But how do they taste?

Let’s break down the cooking process, starting with the watermelon sushi.

The first step in the recipe is to combine all the ingredients, namely watermelon, soy sauce, sesame oil and mirin, and leave it to marinate for at least six hours.

Please do not do the milk crate challenge

My mother walked past the kitchen multiple times, eyeing me curiously and wondering what in the world I was doing with our fruit. My sister, who knew about my task, could not stop snickering at me.

There was nothing too complicated about the marinating process. Although odd, it was simple. But then came the baking and assembly. Yes, I baked watermelon in my oven.

My first instinct was fear – was the watermelon going to burn? Is it even OK to bake soy sauce watermelon in the oven? But I set those thoughts aside and shoved in the tray.

Why you love watching cooking videos

Unfortunately, I wasn’t done yet.

Assembling the sushi was the most difficult part of the entire experience.

The rice I used just would not stay in place, and the “watermelon fish” I tried to place on top kept falling off. Not only that, but the seaweed sometimes refused to stick to the rice and would fly off instead.

Thankfully, making the tomato sashimi was a much more calming journey.

Tuna sushi rice bowl lookalike made from marinated tomatoes. Would you give it a shot? Photo: SCMP/Clara Ki Lu

You’ll need to boil the tomatoes to soften them in order to peel the skins off, but other than that, the cooking process is smoother and easier than what was required for the watermelon dish. After peeling off the skins and chopping the tomatoes, you just mix it with the marinade and leave it in the fridge overnight. The next day, add some white rice, seaweed and spring onions, and you’re all set. Also, while the recipe I used called for sake, it’s a very easy step to skip.

How did the food turn out? Take a look at what Young Post deputy editor Phila Siu thought, and decide whether you want to try these dishes yourself.

Callout - send us your weird foods!

We’re inviting our readers to send us videos of weird food you have eaten. Email [email protected] the videos – be it a dish you ate at home, a restaurant, or something you cooked yourself – and explain in the video what the dish is. Make sure to put “weird food video” in the subject line, and include your name, age, and school in the email. We will compile some of the best clips into a video, if we get enough great responses.