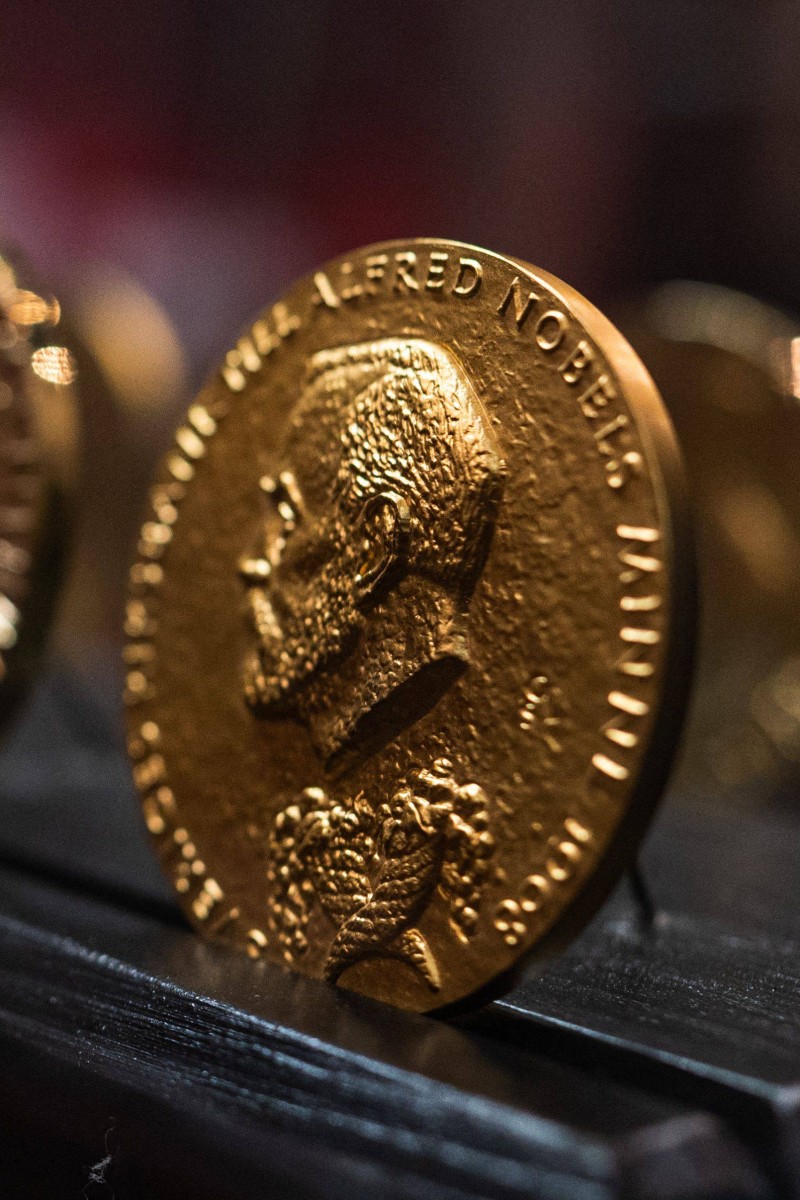 5 things to know about the Nobel prize 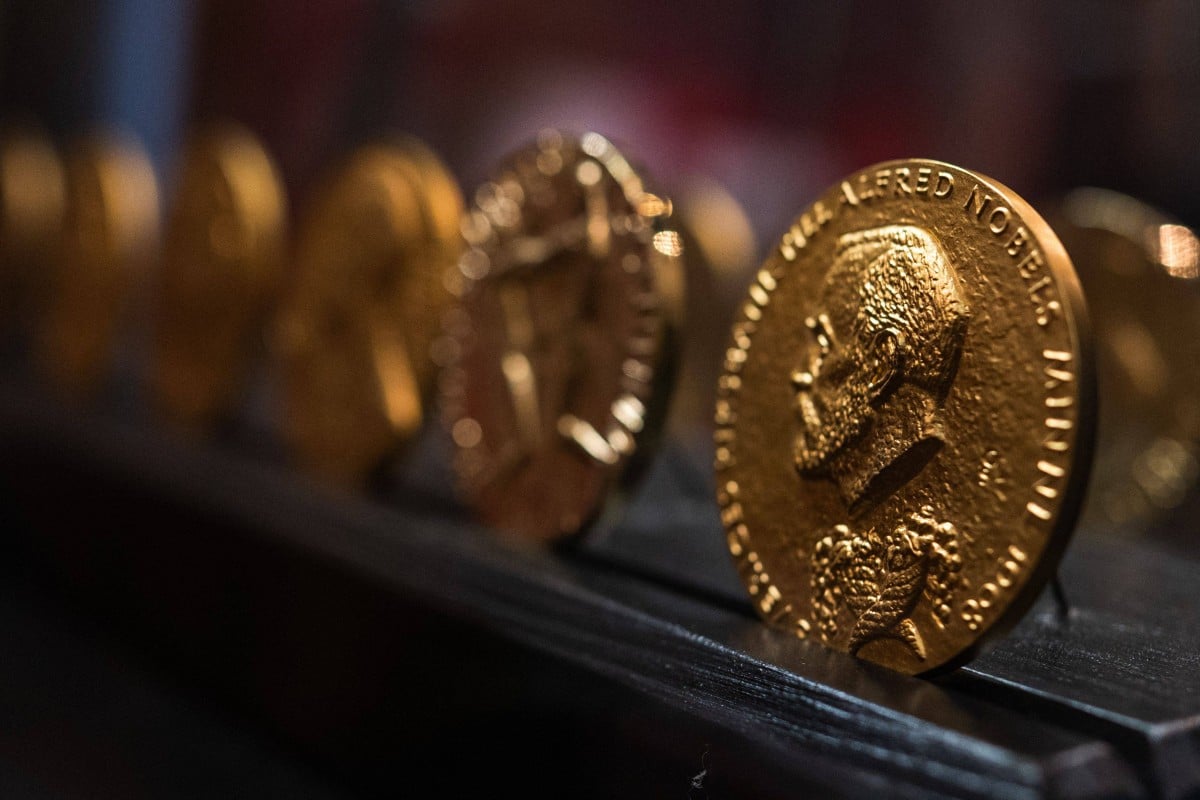 Recipients for the Nobel prize are being announced this week. Photo: AFP

Since 1901, the Nobel prizes have been awarded to men, women and organisations for work that has led to great advances for humankind, in line with the wishes of inventor Alfred Nobel.

Here are five things to know about the prizes and their creator.

It all began with a mistake

But newspaper Le Figaro mixed up the brothers and announced Alfred’s death on its front page under a rather inflammatory headline: “A man who can hardly be called a benefactor of humanity died yesterday in Cannes. He is Nobel, inventor of dynamite”.

A bust of Alfred Nobel is pictured inside the room where the Nobel Peace Prize is announced at the Nobel Institute in Norway. Photo: Reuters

Many credit this slight as the inspiration for Nobel’s creation of the prizes, pointing to the wording in his will that the awards should go to those who “have conferred the greatest benefit to humankind,” but this was never confirmed by Nobel.

As for the visitors who came to offer their condolences at the inventor’s mansion in Paris, they were surprised to be greeted by a very much alive Alfred, as reported by Le Figaro the following day.

Who can get the prize?

In Nobel’s will, the rewards were to go to those who had served humanity “during the preceding year”. However, from the awards’ inception in 1901 and onwards, this has rarely been essential.

It often takes time for the true impact of discoveries to become known, and the number of worthy recipients is growing. As a result, work that is several decades old is often rewarded.

In 2019, John Goodenough became the oldest person to win a Nobel Prize, at the age of 97. He is now the oldest living Nobel laureate, at 99. The youngest was Malala Yousafzai of Pakistan, who received the Nobel Peace Prize in 2017 at 17.

Malala Yousafzai is the youngest person to have ever won a Nobel prize. Photo: Reuters

Since 1974, the rules of the Nobel Foundation stipulate that the award may not be given posthumously – after someone has died. But a person may still be awarded the honour if she or he dies between the time of the announcement in October and the formal prize ceremony in December.

Before the change, only two people had won a Nobel posthumously.

One was Dag Hammarskjold, the Swedish secretary general of the United Nations who died in a plane crash in 1961 but was awarded the Nobel Peace Prize later the same year.

And in 1931, the Nobel Prize in Literature was awarded posthumously to another Swede, Erik Axel Karlfeldt.

In 2011, the medicine prize committee selected Ralph Steinman of Canada, unaware that he had passed away just three days before the honour’s announcement.

The foundation decided to nevertheless give him the prize.

The Nobel Prize ceremonies will be reined in for a second year due to the coronavirus pandemic. The winners of this year’s prizes in chemistry, literature, physics, medicine and economics, as well as the Nobel Peace Prize, are set to be announced between Oct. 4 and Oct. 11, 2021. Photo: AP

Anyone can be nominated

From Adolf Hitler to Michael Jackson, Joseph Stalin to Benito Mussolini, the Nobel Peace Prize has seen its share of improbable, far-fetched or eyebrow-raising candidates in its 120-year existence.

Hitler was nominated for the peace prize by a Swedish MP in January 1939, on the brink of the bloodiest conflict in history – although the proposal was made sarcastically and later withdrawn.

Serbian President Slobodan Milosevic, later tried for genocide, was also nominated, as was Jules Rimet, the “father” of the football World Cup.

#throwback to that time we spoke to Greta Thunberg

Women and the prize

While their representation among winners has been steadily increasing in the last few decades, women still account for only about six per cent of winners.

Since 2001, 28 women have been awarded prizes, almost three times as many as in the previous two decades.

In 2009, five women received a Nobel prize, including the first female winner in economics, American Elinor Ostrom, setting a record for the most female winners in one year.

“Nobel would have been annoyed by this statistic,” Ingrid Carlberg, Nobel’s biographer, said.

“He was a feminist before his time, who defended women’s careers and admired female intellectuals.”

Economics has had the fewest female winners at 2.3 per cent, lower than the science prizes combined, which have seen 3.7 per cent women.

While slightly more evenly distributed, literature is still largely a male affair, with 13.7 women among laureates, with the peace prize faring slightly better at 15.9 per cent.

Nevertheless, the first person to win the Nobel prize twice was Marie Curie, in 1903 in physics and in 1911 in chemistry.