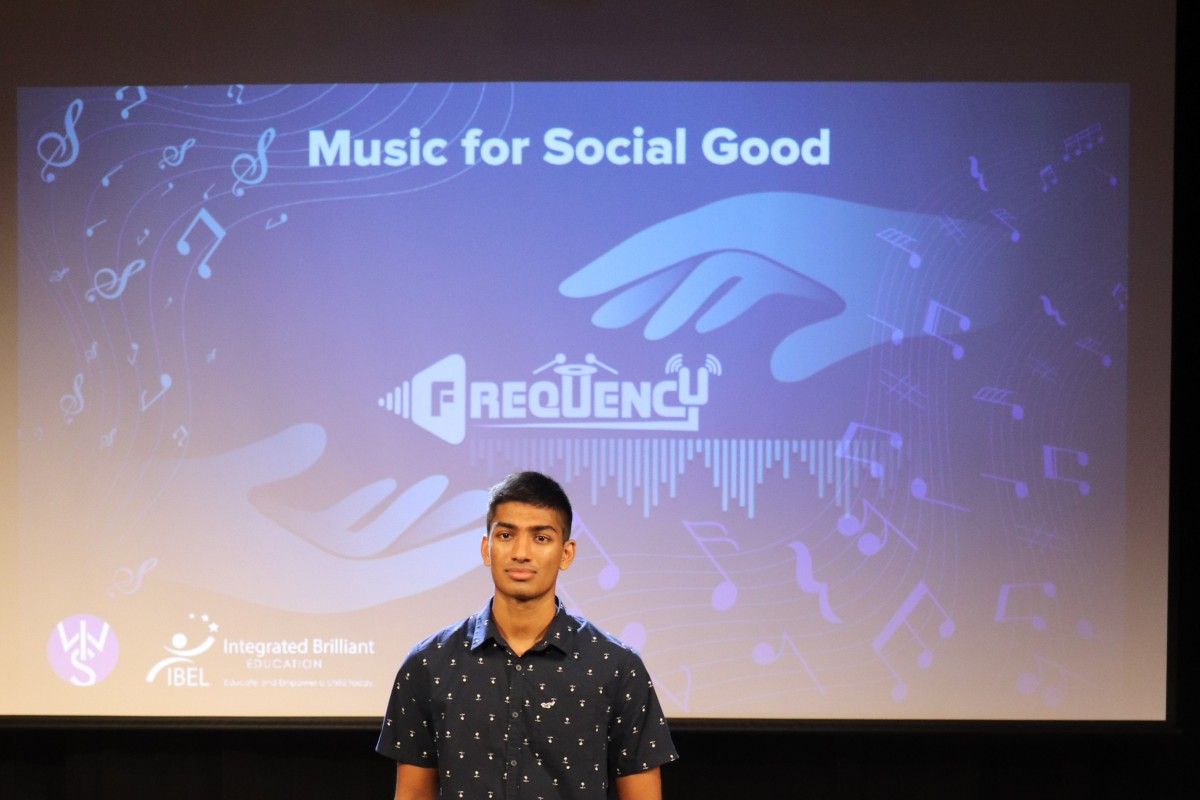 One Hong Kong secondary school student has raised HK$130,000 through an online concert for the city’s marginalised ethnic minority students and other non-Cantonese speaking communities.

Aditya Shrisankaraan, a 17-year-old student from West Island School, was in charge of the “FREQUENCY – Music for Social Good” online concert in which 26 students took part.

English is the key to building confidence for this SOTY winner

“Songs were performed in various languages, including English, Japanese, Hindi and Cantonese, reflecting the diverse cultural backgrounds of our musicians,” said Aditya, a Year 12 student.

He said he wanted to hold a concert that doubled as a fundraiser, combining his passion for music with his drive to support children from underprivileged, non-Chinese speaking communities.

Aditya recruited students to take part in the concert, prepared the musical instruments, and decided on the rundown to make sure that the event went smoothly.

Though he only aimed to raise HK$50,000, he more than doubled his goal, bringing in about HK$130,000. The money will be given to Integrated Brilliant Education (IBEL), a charity supporting Hong Kong’s ethnic minority students.

For the past three years, the West Island School student has been volunteering as a tutor at IBEL, teaching students from Primary Five to Secondary Three since he was 14 years old.

“They trusted me enough to be honest with me about their personal issues, making me realise that teaching alone would not bring about the level of change that I wanted to see for my students,” he said.

“This prompted me to start brainstorming about how I could raise funds for IBEL.”

In addition, the concert allowed student performers in the city a chance to show off their talents, since the pandemic has halted live performances.

“Many students were thrilled at the opportunity to perform, as this was the first time they were able to do so since the start of the pandemic,” he said.

He added that the concert’s name, “Frequency.” is a fundamental part of physics and a defining characteristic of music at the same time.

“The name symbolises my aim to connect my passion for music with supporting the education of my students at IBEL,” he said.

Aditya was also a finalist in the Grand Prize category at the Student of the Year Awards. The event, organised by the South China Morning Post and sponsored by the Hong Kong Jockey Club, entered its 40th year this year.

The results were announced in July. The Awards recognise the achievements of secondary school students, with 11 awards across nine categories.