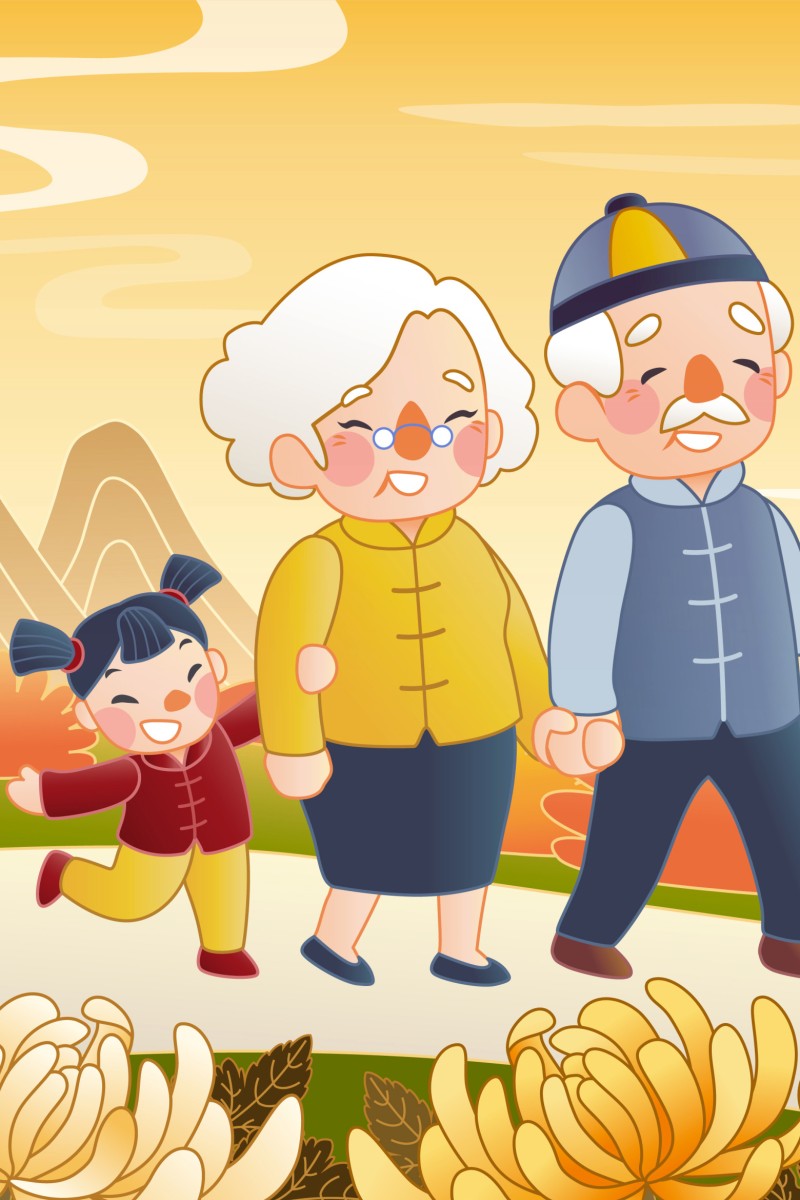 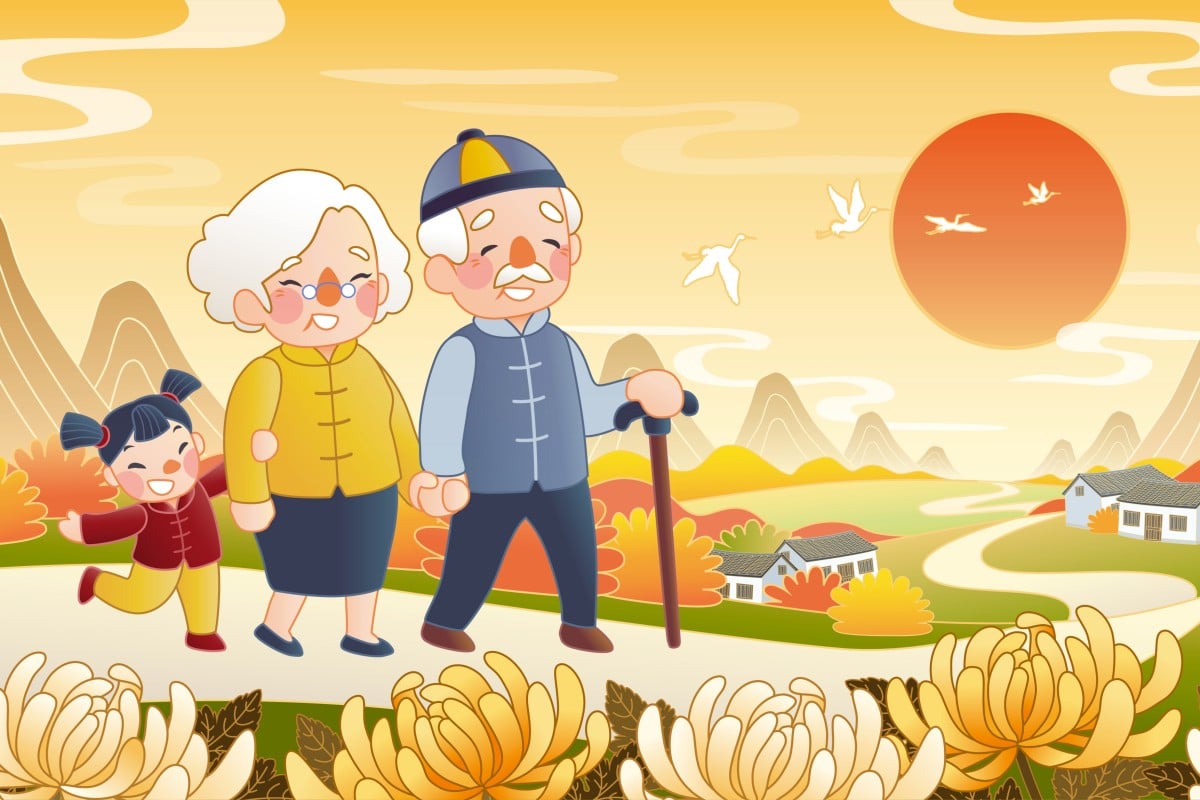 How do you celebrate the Chung Yeung Festival?

This Thursday is the Chung Yeung Festival. You probably know that it’s a public holiday, but how much do you actually know about the history of Chung Yeung?

Traditionally, this is the day people in Hong Kong gather to hike and visit family graves to pay their respects. These recreational activities go back to the Eastern Han period, around 2,000 years ago.

Young Post spoke to Leo Sze Chi-ming, director of the Society of Hong Kong History, to take a deeper dive into the history of the holiday.

What is the meaning behind the Chung Yeung Festival?

Since the festival falls on the ninth day of the ninth lunar month, it is also known as the Double-Ninth festival. Odd numbers are considered Yang, meaning positive and masculine, according to the ancient Chinese divination text Yi Jing. Nine, being the largest single odd number, is considered the most positive.

While the name ‘Chung Yeung’ means ‘double nine’ and therefore, ‘double Yang’, which sounds positive, Sze explained that doubling nine is actually believed to be a bad sign. Basically, it’s too much of a good thing.

Turns out, you can have too much of a good thing.

“In Chinese belief, the Yin and Yang cannot exist without each other. So, doubling nine is seen as an overabundance of Yang energy, making the day potentially dangerous,” he said.

In mainland China, the meaning of the day has changed a bit, and the festival is considered a fortunate day that should be celebrated. In Chinese, nine has a similar pronunciation to the Chinese character ‘jiu’, meaning long in English, so the day has become a symbol of longevity in life. In 1989, the Chinese government designated the festival as Senior’s Day – a day to express love and show respect to the elderly.

What is the legend behind the festival?

Similar to other traditional festivals, Chung Yeung comes from an ancient legend. While there’s many versions of the story, the one most commonly told in Hong Kong revolves around a man named Huan Jing.

Around 2,000 years ago, a plague devil inhabited the Ru River, located in the modern-day Henan province, spreading disease to the people who lived nearby.

After losing his parents to the plague, Huan vowed to kill the demon and embarked on a journey to search for a master who would train him for the task. He eventually found the powerful Fei Changfang, who, touched by his dedication, took him under his wing and helped him become a skilled swordsman.

The man rebuilding a Hakka village in Hong Kong

One day, Fei told Huan that the devil would show up on the ninth day of the ninth month, and that it was time to go back and defeat him. He gave his student a package containing a Zhuyu plant and chrysanthemum wine to protect him.

Huan returned to his village, led everyone up the nearest mountain and asked them to wear the leaf and drink the wine to defend themselves against the demon.

When the demon emerged from the river, Huan was able to swiftly kill it with his sword. From then on, the ninth day of the ninth month was set aside to commemorate the event, and the traditions of climbing mountains, drinking chrysanthemum wine and holding Zhuyu leaves have carried on.

Chrysanthemum tea is seen as a symbol of protection during the festival.

How is it celebrated in mainland China and Hong Kong?

Unlike other festivals, there is no particular food for Chung Yeung in Hong Kong. “Compared to mainland China, Hong Kong celebrates the festival in a very subtle way,” Sze said.

In mainland China, the festival revolves around longevity, so people celebrate the day with auspicious foods, including chrysanthemum-infused liquor – also known as ‘wine of longevity’ – which people drink in hopes of slowing the ageing process. They also eat steamed cakes made from rice flour and sugar, to symbolise moving to a higher status in life.

In Hong Kong, people usually visit their ancestors’ graves. Since many of the sites are located on the sides of mountains, people will spend the day hiking and visit their family tombs with paper offerings and food like roasted pork, rice, and fruits, to pay their respects.

In addition, people go on picnics and fly kites, as it is said that kites can carry bad luck into the sky.

However, there’s something important to keep in mind.

“People should not pick up kites when they drop down to the ground, as it represents something ominous,” Sze said.

People may visit the graves of their ancestors to ask for blessings during the festival.

How is the Chung Yeung Festival different from the Ching Ming Festival?

While people do many of the same activities on Chung Yeung that they do on Ching Ming, the origins behind the celebrations are different.

Ching Ming, referring to ‘light’ or ‘brightness’, usually takes place before the spring ploughing, to pray for prosperity and blessings from the gods. Families will sweep the tombs of their ancestors and burn joss sticks or joss paper. The day is very much centred around ancestor worship and remembering the lives of people who have passed away.

Chung Yeung, however, is the autumn festival that marks the end of the growing season. Ancient people would hold ceremonies around this time to express their gratitude to the gods for the blessings of the past year. While it started as a day to drive away danger, over the years it has become more of a celebration.