As Hong Kong battles tropical cyclone Kompasu, we wonder: how do typhoons get their names? 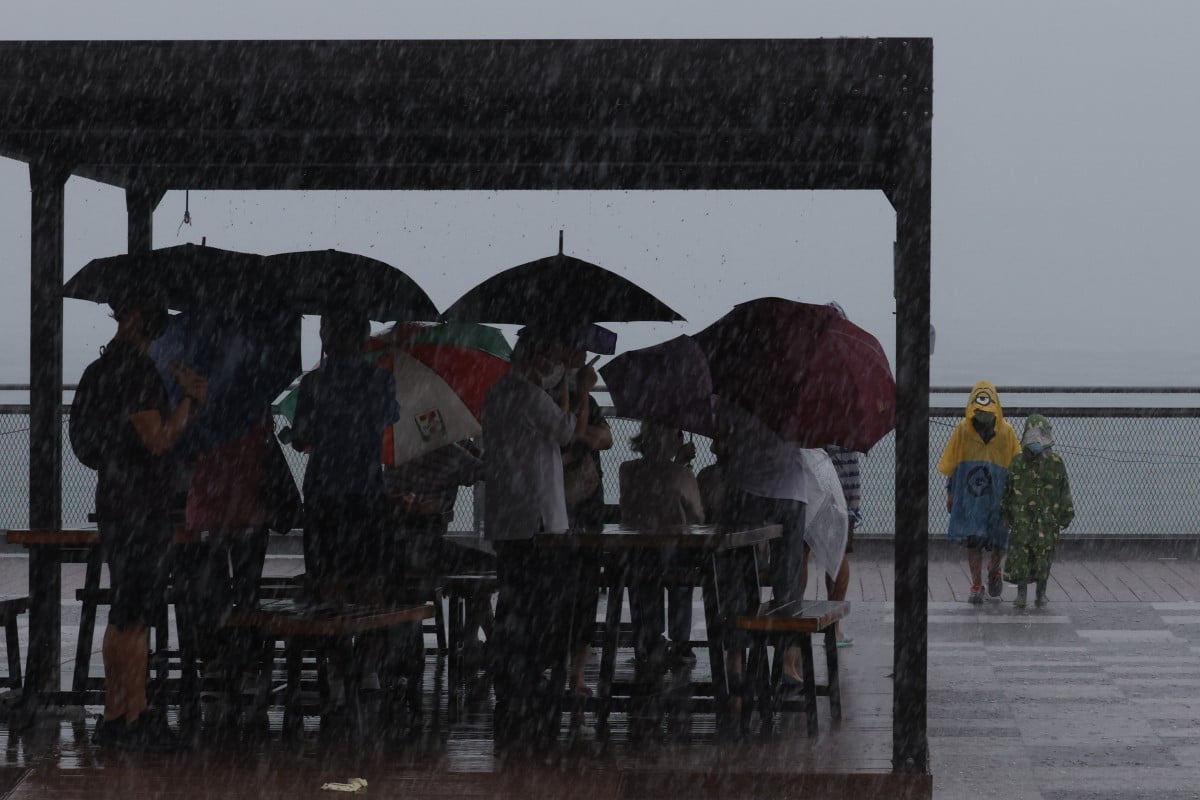 With Tropical Cyclone Kompasu shutting down the city, the Hong Kong Observatory has issued the No 8 Warning Signal for the second time in four days, following cyclone Lionrock, which caused one death and injured five others.

Here are some facts about typhoons that may interest you.

Tropical cyclones Lionrock and Kompasu have set a record for the speed at which two No 8 warning signals have been triggered, as they were raised within 60 hours and 40 minutes of each other.

The previous record was set in 1966, when it took only 75 hours and 30 minutes to hoist a second No 8 warning signal due to the impact of typhoon Maggie, which came hot on the heels of tropical cyclone Lola.

Though we usually look at the timing of the signals and the destruction caused by such storms, the names given to them are also noteworthy.

Kompasu has been used as a name for three other tropical cyclones in the northwestern Pacific Ocean, which appeared in 2004, 2010 and 2016. The name was contributed by Japan and is the Japanese word for compass.

Typhoons are given names for ease of communication. It is also less confusing than naming them with the numbers of their longitude and latitude. This way, it’s easier for people to keep track of the typhoon, especially when there is more than one involved.

Storm warning centres assign names to tropical cyclones following a sequence from a predetermined list, and depending on the part of the world they originate from.

Hurricanes in the Atlantic Ocean were the first to follow this system, when tropical storms with sustained winds of 39 miles per hour (73km/h) started to be given names.

This naming approach is now widely used by storm forecasting centres in the Eastern, Central, Western, and Southern Pacific areas, the Australian region, and the Indian Ocean, in addition to the Atlantic Ocean.

In the past, storms and cyclones were named using the Catholic liturgical calendar and were given the name of the saint whose day it was. Today, the first tropical storm of the year is given a name beginning with the letter “A”, the second with the letter “B” and so on through the alphabet.

Is it true that some names are only used once?

The names of storms that cause widespread damage and deaths are usually discontinued and not used again. Instead, a replacement name is found.

The name of the Super Typhoon Mangkhut, for example, has been struck off the typhoon name list due to the extent of casualties and destruction it caused.

In regions of the Pacific Ocean, each country and city contributes names for storms.

What are some typhoon names from Hong Kong and mainland China?

Apart from the name Lionrock, Hong Kong has submitted names such as Yun-yeung, which is a species of duck. It is also the name of a popular drink in the city’s cha chaan tengs that mixes coffee and milk tea.

It also submitted the name Kai-tak, paying homage to the city’s former airport, which closed in 1998; Choi-wan, which means colourful cloud, but is also the name of a public housing estate; and Lingling, a fairly common pet name.

Other names for Chinese cyclones include Wukong, which means “King of the Monkeys”, while Haishen refers to the “God of the Sea”. Dianmu means “Mother of Lightning,” and Fengshen translates to “God of the Wind”.