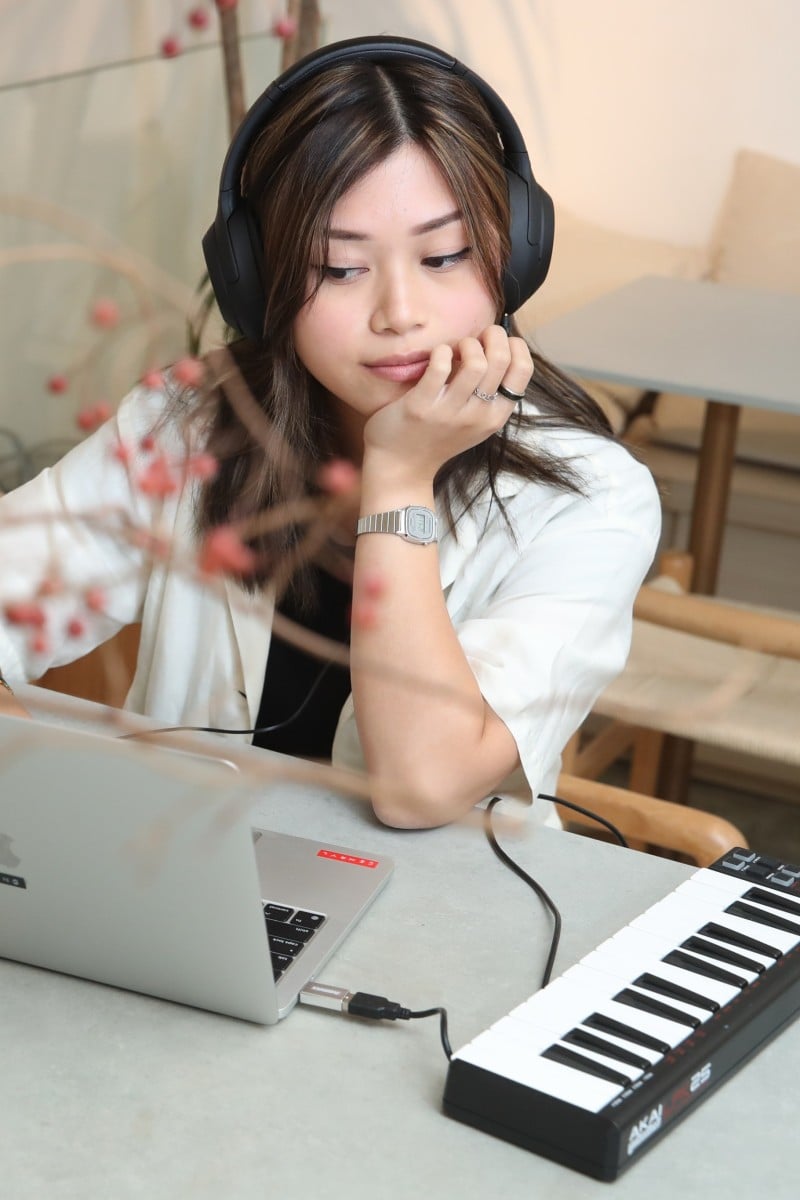 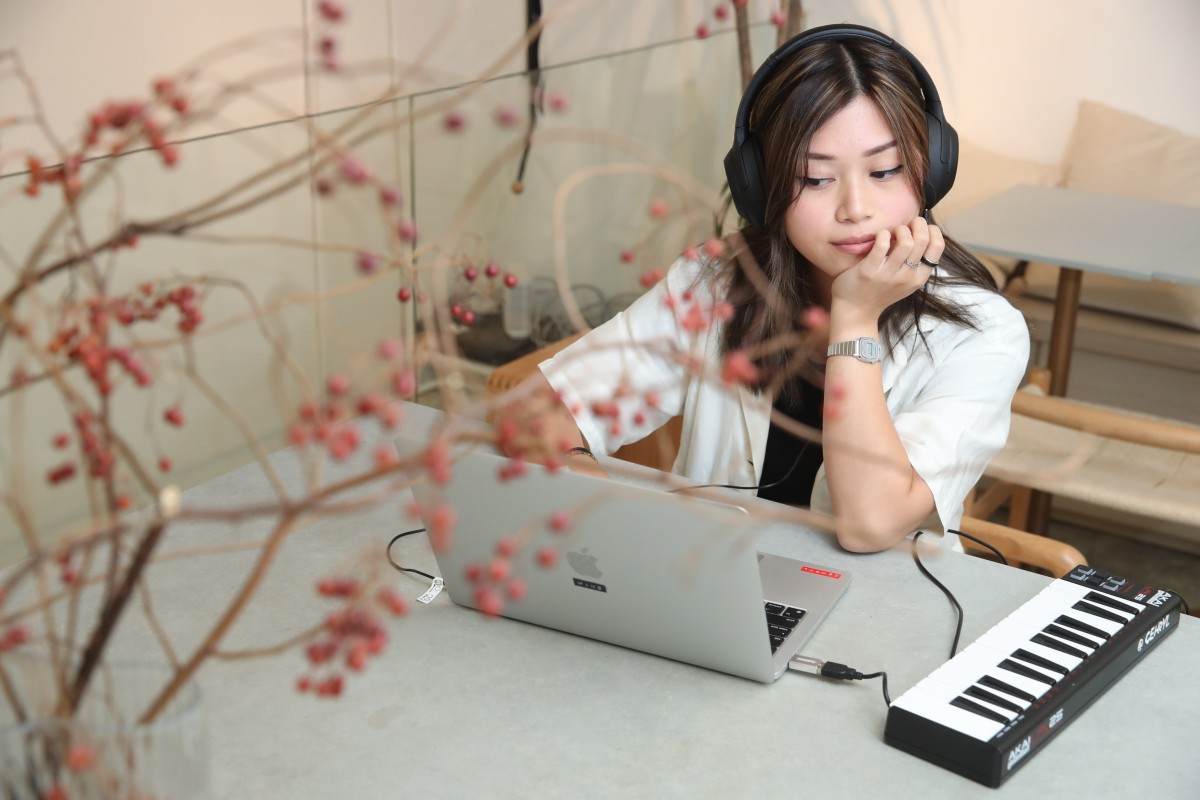 Armed with a laptop, mic, guitar and headphones, Cheryl Chow uses her room at home as a studio and has learned to record music on her own. Photos: Edmond So

Sometimes, Cheryl Chow’s recordings accidentally include the sounds of her father’s footsteps.

The indie singer-songwriter, better known as cehryl, started making music from her bedroom during her secondary school years. Even after graduating from music school in the US in 2014 and moving back to Hong Kong five years later, she continued to use her home as a studio.

“I can’t afford [to book a studio] … but that’s Hong Kong,” she said, highlighting the financial difficulties many singers like her face in the city.

J. Arie may not be a lawyer, but she’s still ‘perfectly guilty’

Indie singers are independent artists who are not represented by a record label, or whose songs are generally considered different from mainstream music.

Chow, 25, is known for her dreamy and intimate beats. Her songs Side Effects and angels (emily) have racked up a total of 4 million streams on Spotify since being released in 2017 and 2020, respectively.

Many consider the 80s and 90s to be when Hong Kong’s music scene reached its peak. At the time, Canto-pop’s “four heavenly kings” were well-known beyond the city. While Hong Kong still produced popular singers after 2000, its music scene no longer enjoyed global attention, as people shifted their interest to K-pop and Mandopop.

In recent years, the local music scene has experienced an invigorating comeback, but not just because of popular boy bands like Mirror and Error. The rise of indie singers like Chow, Gareth. T and Tyson Yoshi have also caught the attention of music lovers in Hong Kong.

But in making music without the financial backing of a record company, indie artists face unique challenges. Chow, for instance, cannot afford a studio, so she records music – and some background noises – in her bedroom.

Armed with a laptop, mic, guitar and headphones, she sees the challenge as an opportunity for growth.

“Instead of trying to book a place and having to get someone to help you press a button, doing everything yourself is a good skill,” the singer explained.

After graduating from an international school in Hong Kong, Chow went to the US to study music production and engineering at the Berklee College of Music, a prestigious music school in Boston.

During her time in the US, she formed a band in Los Angeles with two other musicians. Western culture, she recalled, was very different because no one considered any out-of-the-box music to be “silly”.

AGA shares how the sounds of Hong Kong influence her music

“That definitely pushed me to not be so safe, or not be so worried about things not working,” she said.

When Chow was growing up in Hong Kong, she found its music scene boring because it had not evolved over the years. But upon her return to the city in 2019, she was captivated by the local indie pop scene, where she found like-minded artists who also wanted to make new music.

“It’s really small, but … a lot of young people are doing really cool things which are not commercial,” she said, describing indie singers as “big fish in a small pond”.

While the “indie” label usually meant the artist was not represented by a record label, Chow said it had become more difficult to define the term as many of the city’s indie artists were signed to record companies.

“The word ‘indie’ could be really confusing. Nowadays people use it to describe a genre,” she said.

But she believes that indie artists are not just defined by making music that stands out, but also by showing their true personality in their music, rather than one that is manufactured by a company.

In the past few years, Chow has thought more about what she wants – and it’s not fame.

“I don’t want to spend my 20s looking at Instagram and feeling insecure, or feeling my music isn’t good enough because I don’t have as many followers,” she said, adding that she wants to work on music that isn’t just about herself.

She is making music for two documentaries, one of which is about homelessness. Recently, she composed 15 tracks to accompany the exhibition of a local illustrator, Kazy Chan.

We can’t let shining star Keung To burn out

Writing music for other projects allowed Chow to step out of her bubble.

“I feel like it’s stepping away from talking about myself,” she said. “I don’t want to spend my whole life just writing songs about how I feel.”