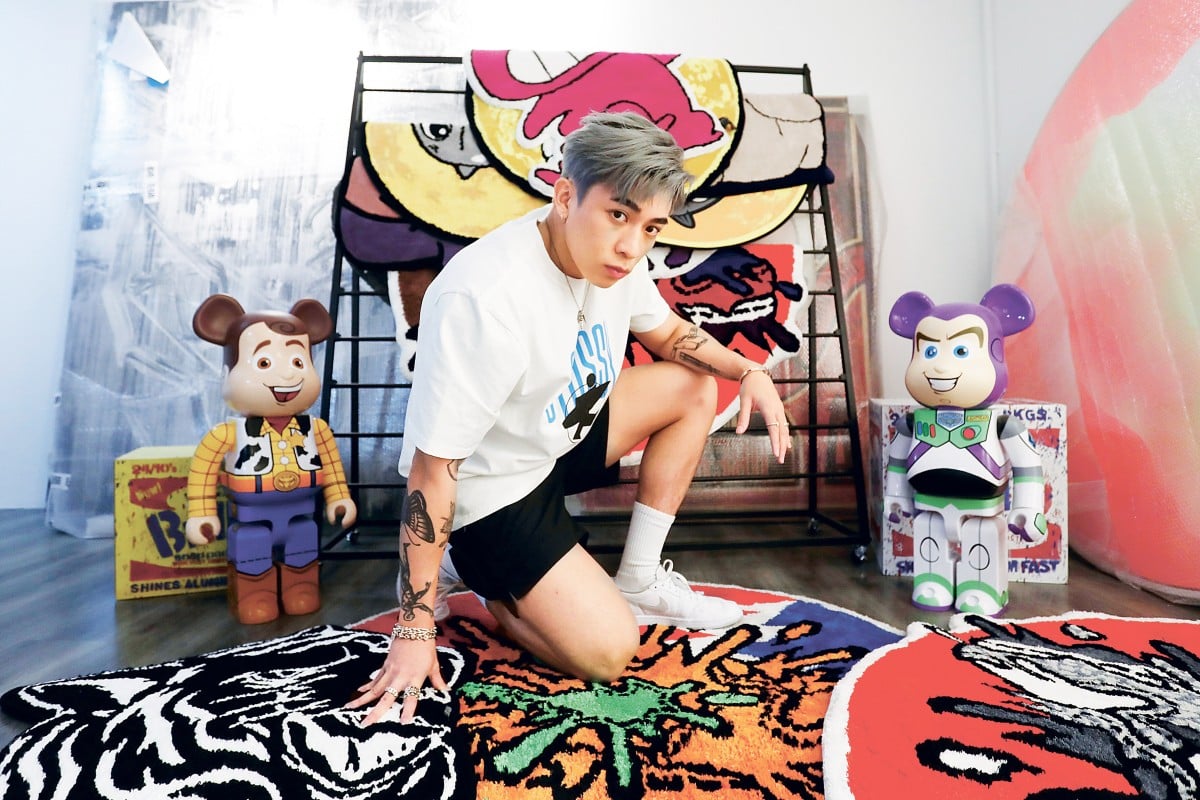 Ben Cheng, better known by his stage name, Tyson Yoshi, has shot to fame in Hong Kong since performing at a concert this past September. Photo: Jonathan Wong

When Tyson Yoshi was a secondary school student in Hong Kong, he was so mischievous that his mother decided enough was enough – he needed to be sent to a British boarding school to learn some discipline.

After spending six years in a boarding school that pushed his limits, he started university, turning over a new leaf and finding a purpose – making music.

Tyson Yoshi is a name that is becoming increasingly well-known in the city’s music scene. He debuted just three years ago, and, soon after, one of Hong Kong’s most popular singers, Keung To, had already become a big fan.

The 27-year-old singer-songwriter’s real name is Ben Cheng Tsun-yin. Before all the music and fame, he was just another misbehaving kid in Hong Kong.

“I was so naughty back then. I didn’t study well. I didn’t like going to school, and I started going to cybercafes and made some bad friends. I was always skipping school,” the tattooed singer said.

His mother decided to put a stop to his mischief and sent him to Sedbergh School in Britain for six years.

“The boarding school has affected me so much – more than university or anything else. It has made the biggest impact in my life so far,” he said.

The school was strict and sports-oriented, and Cheng was required to spend at least five hours a day playing sports surrounded by budding pro-athletes and even some future sports stars.

“Any sport, however crazy it was, I did in my six years of school, even when I thought I could not do it,” he said.

Examples? Going underground to explore caves. Climbing up a waterfall and then jumping off. Running nearly 50km at once.

Even after he graduated from the school, he said he still would hear a voice reminding him to push his limits.

The experience also forced him to become self-disciplined and independent as he was in a foreign country by himself, without his parents to care for him.

After he graduated from boarding school, he stayed in Britain to study interior architecture at the University of Brighton. It was during this time that he decided to pursue a passion he had always had – music.

“I am always listening to music. I put on my earphones all the time except when I’m working or sleeping,” said Cheng. “It’s a habit I developed since secondary school.”

After he experimented with writing music in university, Cheng returned to Hong Kong and started writing the songs he would later become famous for.

Despite what his stage name, Tyson Yoshi, might suggest, the singer is not Japanese. He decided on “Yoshi” after walking past a branch of the Japanese restaurant chain, Yoshinoya. As for “Tyson”, it came from his boarding school days, when his friends would ask about his initials, T.Y. – while it represents his Chinese name, Tsun-yin, people started calling him Tyson.

When Cheng came back to Hong Kong, he worked at a local design firm, where his hours were from 9am to midnight. The long hours were exhausting, but it inspired the lyrics for his song, Growing Up, which is about the struggles of adulthood.

In 2017, he found a better job as a retail store designer at an international firm. He debuted his first song, To My Queen, in 2018. In 2019, he did not have enough annual leave to travel to Taiwan to perform, so he quit his job.

“My boss was so supportive and told me, at this age, rather than working, I should just do what I want,” he said.

At the time, the artist was already earning more from streaming his music than by working as a designer.

Based on his streaming figures, he realised he had a larger fan base in Taiwan than he did in Hong Kong, so he decided to spend more time there.

R&B artist Gareth.T on his music journey, and producing an ‘honest’ album

“I think the atmosphere ... in Taiwan is better for independent singers,” he explained. “In Hong Kong, fans come and go along with the trend.”

The number of infections started to surge in Taiwan the second week after he came back to Hong Kong, and he was not able to return because of Taiwan’s strict border policies.

Indie signer cehryl on focusing less on Instagram followers, more on her art

He was at a loss about what to do, until a call came.

He had been invited to perform at a Commercial Radio event this past September. He would be singing in front of 8,500 people on the city’s biggest stage, the AsiaWorld-Arena, alongside singer-songwriter Terence Lam Ka-him and members of boy band Mirror – Keung To and Jer Lau Ying-ting.

He was shocked to be included since his music was not very mainstream at the time. But, in fact, Mirror’s Keung was already one of his biggest fans – so much so that the local heartthrob shyly asked to take a photo with him when they met for the first time. After Cheng’s stellar performance, more people started to notice him.

“Finishing the show was actually like the relief you feel after an exam,” he said, adding that performing alongside Keung was way more enjoyable than the media attention he received after the concert.

He said, “I didn’t like how the press started looking for information about things outside my music, like my family.”

The artist still has a lot of demos waiting on his computer. This Saturday, he will be releasing a new song with a music video he directed for the first time.

J. Arie may not be a lawyer, but she’s still ‘perfectly guilty’

“Unlike the days when I was making music underground, I now want to polish everything until it’s perfect and accompany them with visuals and music videos,” he said. “I am what my music represents.”

As his fame has grown, the artist has taken on more commercial gigs. While he admitted the work felt tedious and did not give him enough time to focus on music, he saw it as an opportunity to make his name and music known.

“I’ve been bending my knees, but now I can jump higher – more people can see me and my music,” he said.