Sup Sup Sui: Have you ever ‘eaten screws’? Cantonese slang all about entertainment 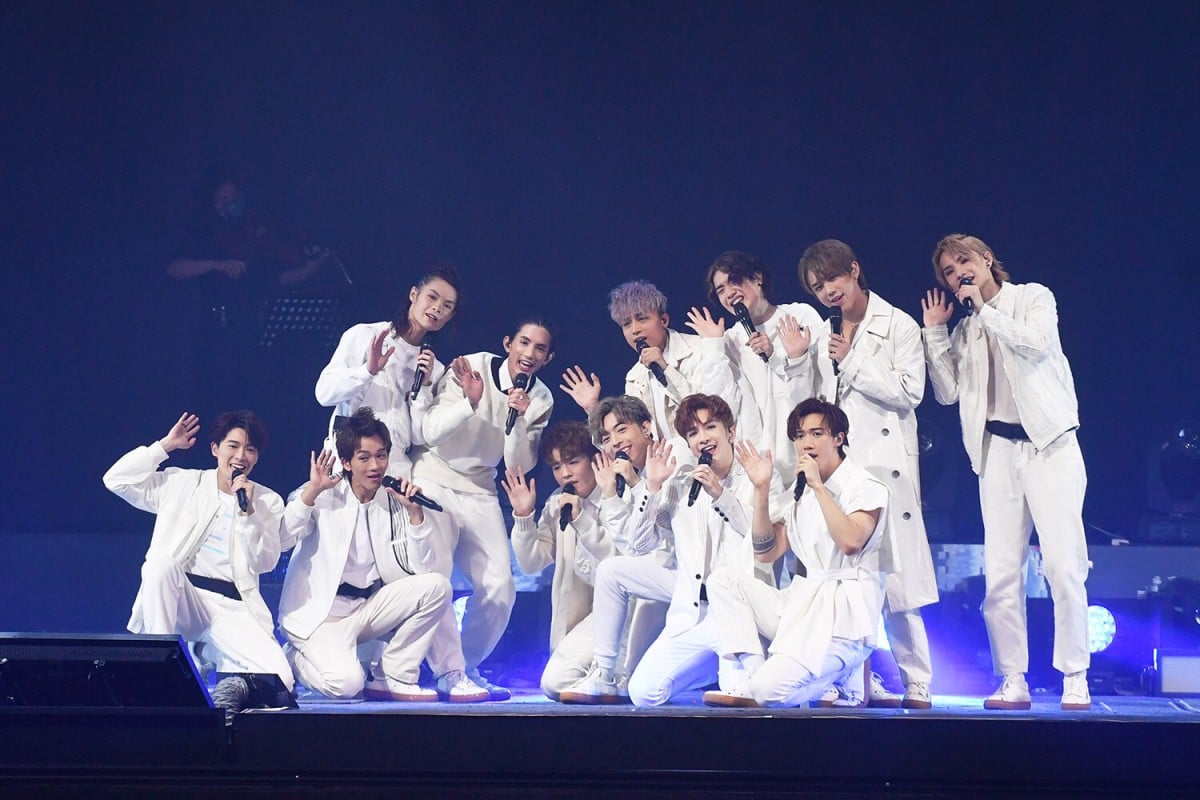 The city’s entertainment industry is riding on a wave of change. Local broadcaster, ViuTV, is only five years old but has already shown unprecedented success with its programming, not to mention the phenomenal local idol groups, Mirror and Error, who were launched from ViuTV’s talent show, King Maker.

To keep up with the changing media landscape, you should know the Cantonese slang and idioms popular in Hong Kong entertainment culture. Ever wondered why people talk about giving away pork at music awards? Have you ever “eaten screws” when you were nervous? Keep reading to learn about how locals discuss the city’s films, shows and even music awards.

Navigate the world of texting in Cantonese

Meaning: describes when someone receives benefits that someone else has paid for. This phrase first emerged in a classic Chinese poem to describe the unscrupulous behaviour of using public money for oneself. Today, this slang is commonly used in the entertainment industry as a lighthearted and sarcastic way to make fun of stars who get free, high-quality prizes from a show. This way of using the term was popularised when local boy band Error incorporated it into the name of their successful variety show, Error Selfish Project, to poke fun at how the idol group would benefit from the prizes and opportunities funded by the show.

In English: To get freebies; take advantage of something

Example: Our teacher came up with a ji-fay plan to bring students from the anime club on a week-long trip to Japan funded by the school.

We get it though, we love free stuff. Photo: Shutterstock

Meaning: to stutter a lot when speaking. This slang compares stuttering to the sound of someone chewing on screws.

Example: It’s hard to understand what Mandy is saying when she sik-law-see, but her nervousness makes sense since this is her first time being an emcee for a school event.

Your guide to fandom culture

Meaning: refers to a character’s unusual ability to survive physical harm just because they are important to the story. For ill-plotted films and dramas, the storyline can feel predictable when a character miraculously, for example, jumps between skyscrapers or falls off a cliff without dying. Often, when the protagonist is about to die, someone else appears at the critical moment to fight the antagonist and save the main character from the edge of death. Locals describe this as a halo that protects these blessed characters in a story.

Example: Recently, more scriptwriters are trying to break the pattern of ju-gawk-gwong-wahn so their films or shows are more believable.

Meaning: when every participant gets a prize in a competition regardless of how well they have done. Fun-ju-yuk describes the act of giving awards to everyone, whereas ju-yuk-jerng is the award itself. The slang comes from a Chinese tradition wherein people give pork as an offering to ancestors during the Ching Ming Festival and Chung Yeung Festival. Afterwards, only men used to be able to eat some of the pork as a blessing from their ancestors. Now, the pork is distributed to every family member. In the entertainment industry, this has become a slang term to throw shade at the city’s music awards that give a prize to every artist that attends the ceremony.

Example: Finally, there is a music award that does not fun-ju-yuk and recognises those who deserve a prize! The artist I don’t like got a ju-yuk-jerng last year.