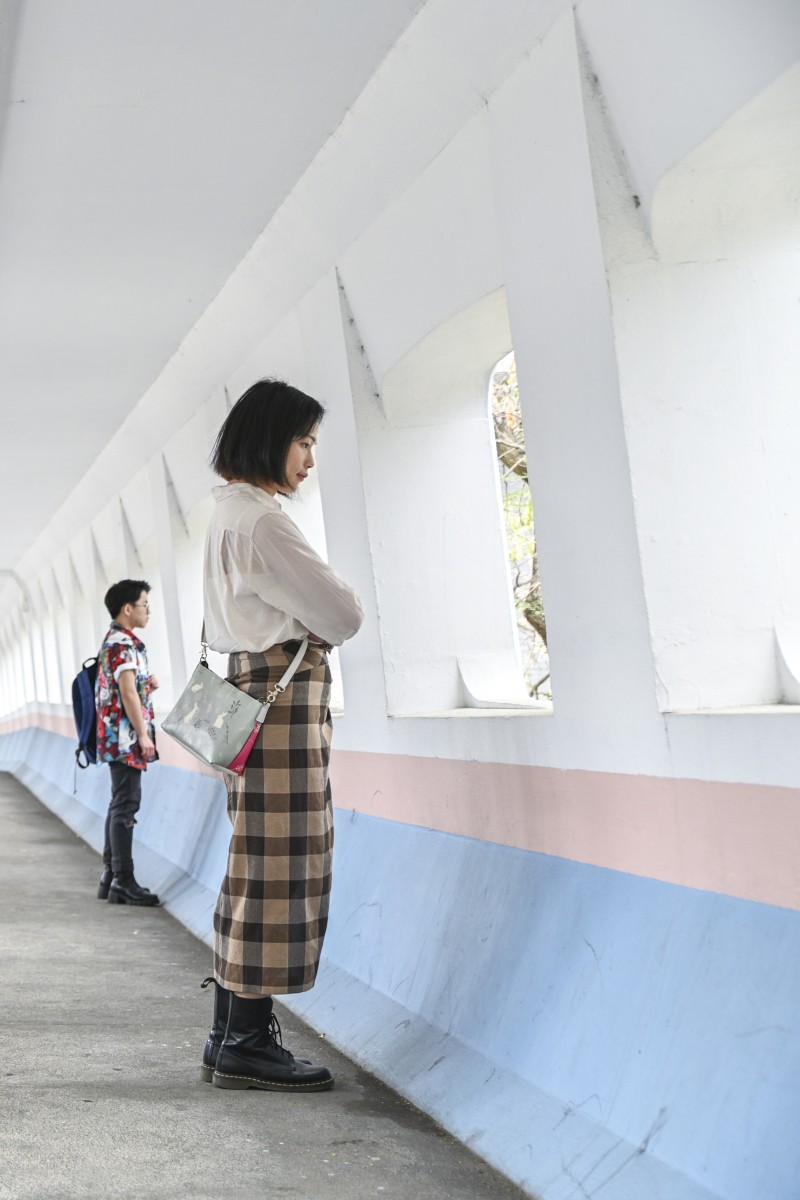 Explainer: What does it mean to be transgender, and how can you support your trans friends? 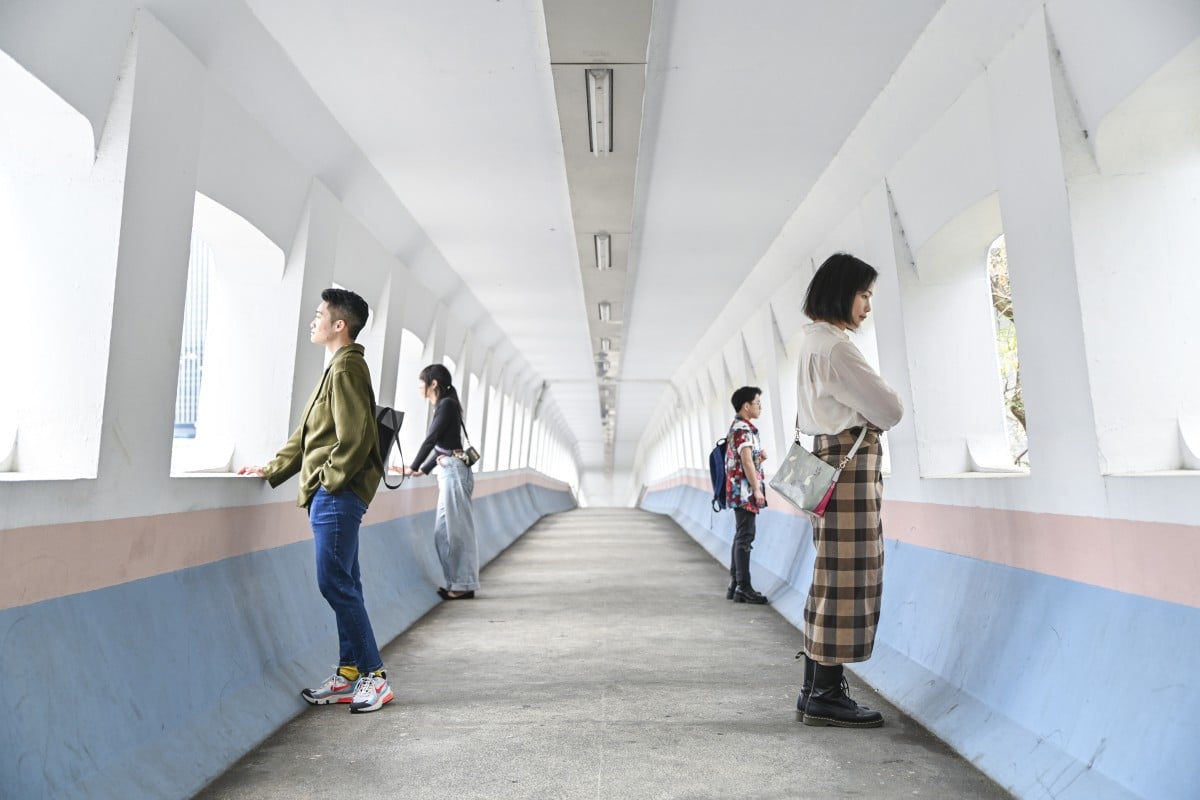 The founders of Quarks, an organisation formed to support trans teens, spoke to YP about what it means to be transgender. Photo: Liam Mak Wai-hon

Trans issues have been in the spotlight for the last few years, from rights to representation. Most recently, famous British actor Eddie Redmayne admitted that playing a trans woman in 2015’s Oscar-nominated movie The Danish Girl was a “mistake”, saying that the opportunity should have been given to someone who was actually transgender themselves.

The movie, based on the true story of one of the first people in history to have gender reassignment surgery, sparked criticism for casting a cisgender actor (someone whose gender identity corresponds with the sex they were assigned at birth) to play the role of a transgender person.

“The bigger discussion about the frustrations around casting is that many people don’t have a chair at the table,” Redmayne said in an interview with a British newspaper last month.

In Hong Kong, there is still much discrimination against transgender individuals, and many people don’t understand what it means to be transgender.

Young Post spoke to Liam, Zephyrus, Ming, and Ashley, the founders of Quarks, an organisation that supports trans teens, to learn a little more about what it means to be trans.

What does it mean to be transgender?

Often shortened to trans, transgender is an umbrella term used to describe people whose gender identity – their internal sense of being male, female, neither, or both – doesn’t match with their assigned sex at birth.

How does someone know that they are trans?

People can realise they are trans at any age. Some people said they knew as young as age three, while others become aware of their trans identity during adolescence or much later in life.

For example, Ashely, a 31-year-old trans woman, said she felt a disconnect between her gender identity and assigned male sex at a young age, saying she used to wish she would wake up in the morning as a girl. But it was not until age 23, when she read a book about a Japanese trans woman, that she fully understood her identity.

“Before that, I did not accept my true self and lived as man. In 2019, I made up my mind to make a change – to come out and openly live as a trans woman,” she shared.

A photo from the Hong Kong Pride Parade 2021, which celebrates all aspects of the LGBTQ+ identity. Photo: SCMP/ Nora Tam

Is being trans a mental illness?

NO. “Trans-related and gender diverse identities are not conditions of mental ill-health, and classifying them as such can cause enormous stigma,” said the World Health Organization (WHO).

In 2018, WHO moved gender incongruence (basically, that you feel a disconnect from the gender you were assigned at birth) from its “Mental and behavioural chapter” into the new “conditions related to sexual health” chapter, in its 11th revision of the International Statistical Classification of Diseases and Related Health Problems (ICD-11), a global standard for coding health information.

All about gender identity and the importance of pronouns

An earlier change occurred in 2013, when the diagnostic label “gender identity disorder” was replaced by “gender dysphoria” in the Diagnostic and Statistical Manual of Mental Disorders, Fifth Edition (DSM-5), a psychiatry guidebook used by mental health professionals worldwide, especially those in the US.

Gender dysphoria refers to discomfort or distress resulting from an disconnect between one’s biological sex and gender. The new name shifted the focus from fixing a disorder to resolving distress over the mismatch for trans people.

What does it mean for a person to transition?

Transition describes when an individual begins to live as their affirmed gender, which can be done in social ways, including changing their pronouns and appearance; legal ways, by changing their sex on government-issued documents like their identify card; and medical ways, such as hormone therapy and surgery to change one’s body.

It is important to note that transition is a personal decision; it doesn’t mean that one needs to do any of these processes to be identified as trans.

“We won’t say something like ‘completed a full transition’ or ‘become a real man or woman’ … Being true to yourself doesn’t mean you have to undergo surgery or take hormone treatment,” said Zephyrus, a 27-year-old trans man and doctor.

In Hong Kong, trans people can legally change their gender status only if they have undergone sex reassignment surgery.

An LGBTQ+ rights concern group protested against ‘6ixty8ight’ in 2020, alleging that the store breached discrimination laws for not allowing a transgender customer to do a fitting. Photo: SCMP/ Edmond So

Where can trans people find medical support in Hong Kong?

The Gender Identity Clinic at the Prince of Wales Hospital, which opened in 2016, is the only public clinic that offers trans medical support in Hong Kong and serves residents over 18 years old.

For trans people who opt for a medical transition, they need to first get a referral letter from a general practitioner to book a service at the clinic, and then undergo a psychiatric assessment to receive hormone therapy, which is used to bring about changes in the body to better reflect a trans person’s gender identity. Usually, clinicians suggest living as one’s affirmed gender for one or two years before undergoing sex reassignment surgery.

Is being trans equal to being gay or lesbian?

Zephyrus pointed out that many trans people fall into more than one category in the LGBTQ+ community, which stands for lesbian, gay, bisexual, transgender, queer, and more. “Like me, many of my trans friends are not straight,” he shared.

The importance of education about LGBTQ+ issues

What difficulties do trans people face in Hong Kong?

A survey released earlier this year, conducted by the Chinese University of Hong Kong, revealed that more than half of the 234 transgender people surveyed said they faced discrimination in their workplace or school.

For example, a school’s uniform policy and the lack of gender-friendly toilets in the city can make life more challenging for trans people, Quarks said.

There is still no law against discrimination on the grounds of sexual orientation or gender identity in Hong Kong. Currently, trans people can only make complaints about discrimination under the Disability Discrimination Ordinance.

How to be respectful and supportive of trans people?

Quarks said more education about transgender issues is needed in schools, and that the government should also fulfil medical needs related to gender affirmation for trans teens.

As for the general public, Zephyrus hoped people could understand more about what it means to be trans and support their rights. “Remember that if your friends are trans, that does not change anything. They are still your friends.”

Liam, a 19-year-old trans man, reminded people to be more sensitive when addressing someone’s gender, such as asking a simple question like ‘How should I address you?’, instead of calling someone ‘sir’ or ‘madam’ based solely on their appearance.