The origin of 5 Christmas-related words – ever wonder where Rudolph got his name? Or the story behind mistletoe?

Doris Wai
Doris worked in educational publishing, including the BBC and Cengage prior to joining the Post in 2018. She specialises in creating graphics and digital learning content, as well as covering issues related to health and wellness.
expand
Comment
Copied 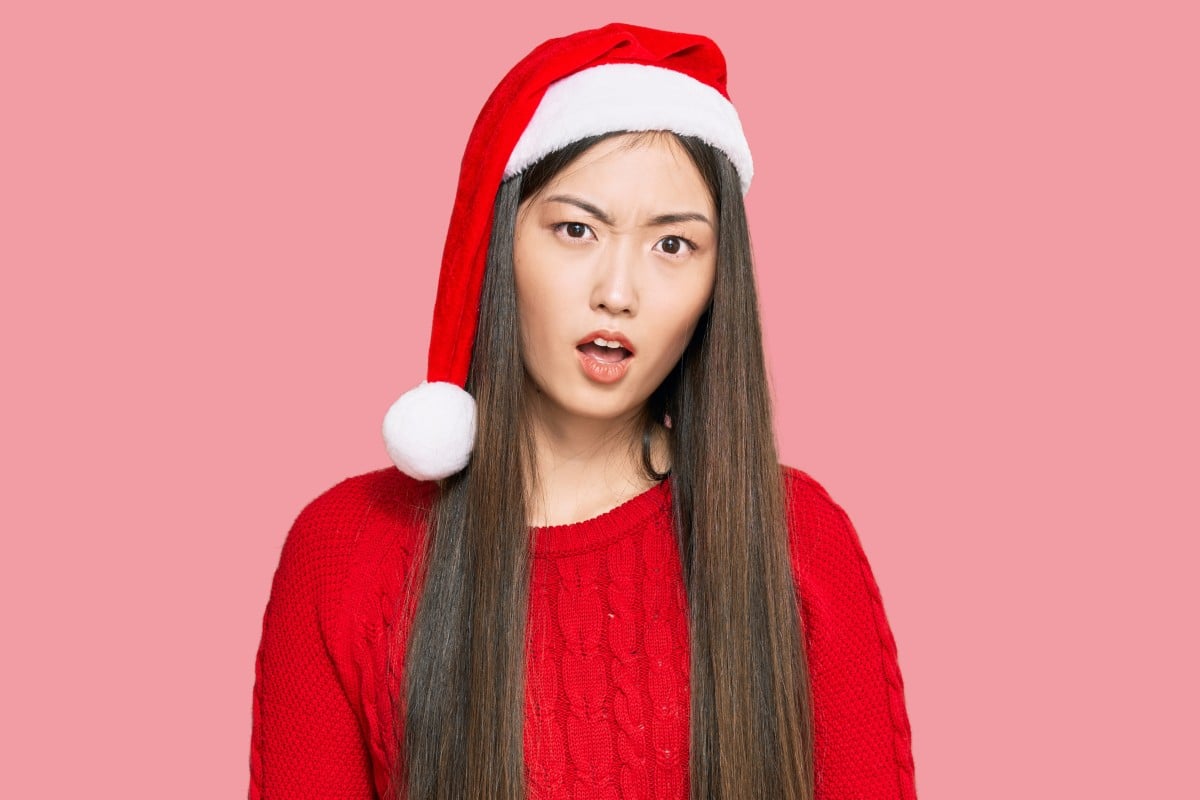 Do you know how Christmas got its name? Photo: Shutterstock

Have you ever wondered where Christmas gets its name? Or the story behind the red-nosed reindeer pulling Santa’s sleigh?

From the origins of Christmas carols to romantic mistletoe kisses, here are the histories and meanings of five words associated with the most widely celebrated holiday in the world.

6 Christmas food and decor that are deadly for your pets

The original meaning of the word “Christmas” refers to the tradition of eating bread and drinking wine in memory of Jesus Christ. Photo: Shutterstock

Usage of the word was first recorded in 1038, and while most people associate “Christmas” with Jesus Christ’s birth, it actually comes from the Old English phrase Cristes Messe, which means Christ’s Mass.

Cristes originates from the word Khrīstos – the Greek translation of the Hebrew word messiah, which means “anointed one”. The word messe refers to the Christian tradition of eating bread and drinking wine in memory of Jesus Christ.

“Xmas”, the abbreviation of the holiday, is commonly used these days, all thanks to the Greeks. “X” is often used to represent the Greek symbol chi (the first letter of the word for Christ), and that is how Merry Xmas came about.

10 must watch classic Christmas movies, from Elf to Home Alone

It might seem romantic to kiss under the mistletoe until you learn what the word actually means. Photo: Shutterstock

Kissing under the mistletoe at Christmas is a British tradition that dates back to the 1700s. Mistletoe is believed to be a symbol of life and fertility because its leaves are green all year round.

According to custom, a berry is picked from a small mistletoe branch before a person can be kissed, and the couple stops kissing when all the berries are gone.

This seems really romantic, until you learn what the word means. The plant gets its name from the Old English words mistel, meaning dung, and tan, meaning stick. Kissing under “poo on a stick” suddenly doesn’t sound so great after all!

9 Christmas songs to get you in the holiday spirit

Does this look like a “famous wolf” to you? Photo: Shutterstock

The name of Santa’s most famous red-nosed reindeer actually comes from a German word meaning “famous wolf”, and he was the last critter to join the herd.

While these reindeer are depicted as male, animal experts say otherwise because male reindeer are known to lose their antlers during winter.

What’s your favourite carol to sing during the holidays? Photo: Shutterstock

Carols began as dances in Europe thousands of years ago. During Winter Solstice celebrations, people sang and danced around stone circles.

The word “carol” most likely originates from the French word carole which describes a type of circle dance. Over the centuries, Christians began writing religious songs to celebrate Christ’s Mass, and these eventually became Christmas carols.

The first nativity scene was created about 800 years ago. Photo: Shutterstock

No proper Christmas celebration is complete without a nativity scene that shows Jesus Christ’s birth – a small manger with baby Jesus, his family and the three wise men. “Nativity” means birth, and it originates from the Latin word natal.

The first nativity scene was created in 1223 by Saint Francis of Assisi, an Italian friar who set up a manger with hay and two barn animals in a cave. It became really popular, and soon enough, every church in Italy had its own nativity scene.

Live animals were eventually replaced with statues and figurines, and these days, it’s common to find nativity scenes laid under Christmas trees.