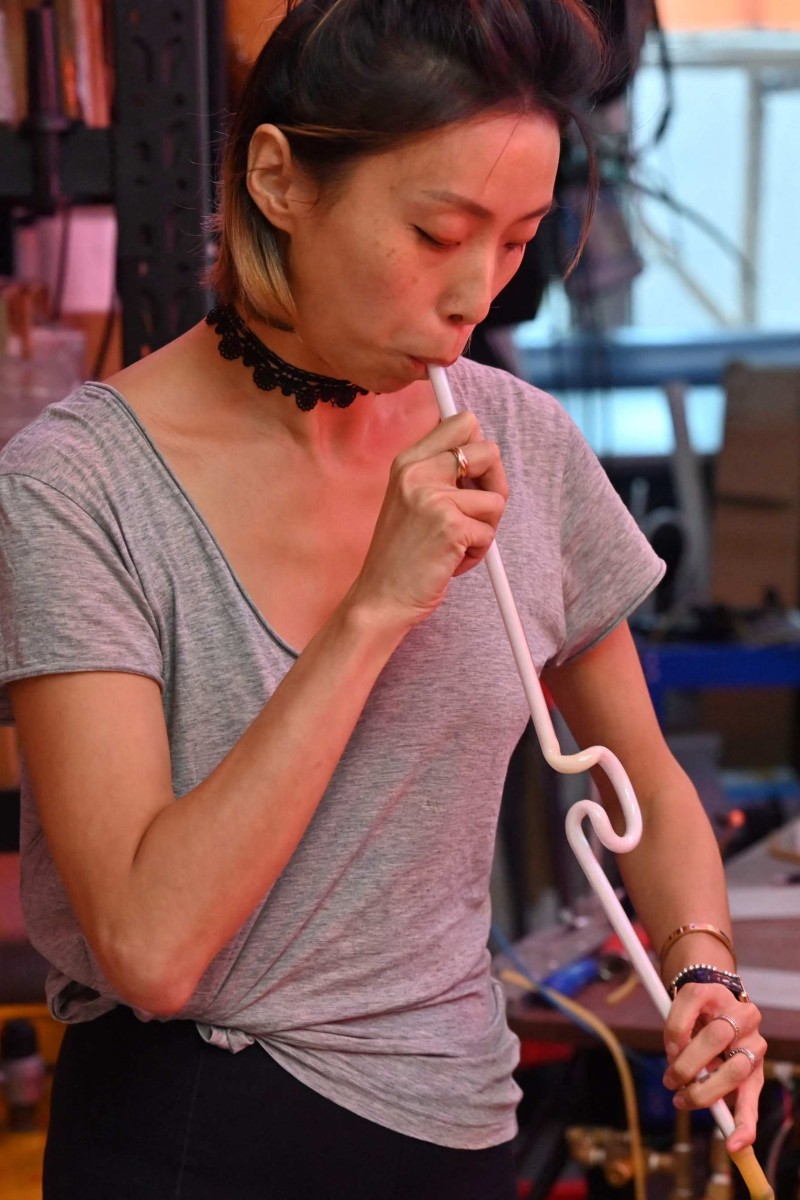 Letters to the EditorsFrom YP readers

52 mins ago
Letters to the EditorsFrom YP readers Karen Chan describes herself as a “neon nomad”.

Better known by her professional artistic name Chankalun, she had long been fascinated by the kaleidoscopic neon lights that bathed Hong Kong streets in a warm glow.

But finding someone who might teach her was far from easy.

The trade has long been dominated by masters – si fu in Cantonese – who guarded their knowledge even as neon gave way to cheaper, more efficient LED lights and city officials began clamping down on unsafe hoardings.

“The si fu will not pass on all the knowledge, especially if there are no guidelines or manuals, they will only pass on their skills to their own descendants,” Chan told Agence France-Presse.

Few family members wanted to take up a skill that was becoming redundant so many masters died without passing on their knowledge.

“If you have very valuable skill or knowledge, you should be spreading it around so that it could live as well,” the 33-year-old artist lamented. “Overprotection can be a cause for a lot of crafts to die.”

Undeterred, Chan turned to the internet and travelled to places such as Amsterdam and New York to learn from artists there.

There she discovered a global community of neon fans and professionals willing to trade tips.

“There is an open sourcing culture appearing in the new generation of artists,” she said.

“Everyone is posting their experiments or their new finds on Instagram or Facebook, and everyone is very happy to share … this kind of knowledge,” she explained.

“The old generations see it as a secret trade.”

The 200 year history of pawn shops, one of Hong Kong’s oldest businesses

Chan, the only Hong Kong woman currently working within a traditionally male-dominated trade, operates out of a studio run by Jive Lau, a 38-year-old artist who also represents the new breed of younger neon light benders.

Together they work glass to near melting point, bending and blowing the tubes into remarkable shapes over blue flame burners that can reach 1,000 degrees Celsius (1,800 degrees Fahrenheit).

Lau was introduced to neon bending in Taiwan, where he said masters were more willing to share their knowledge with strangers.

Rejected by old masters of the trade, Chan travelled to places such as Amsterdam and New York to learn from neon-light artists. Photo: AFP

But he too has found the internet a huge help.

“I keep learning from online resources and from watching videos,” he explained.

Today, he offers workshops to a growing number of neon enthusiasts.

“The education can actually help … (in) promoting the neon culture, keeping it alive,” he said.

Chan’s current project is called “The Neon Girl” and involves her working with half a dozen neon light masters around the world to create six distinctive pieces.

They are a far cry from the huge flashing signs that used to protrude horizontally from the sides of Hong Kong buildings, advertising everything from restaurants to mahjong parlours.

Instead they have a modern, but still local vibe.

“For neon to live … it needs some other elements to inject into it, and this is what I’m doing as a new generation of neon artist,” she explained.

She hopes the pieces will “break the boundaries or the perspective of how the people think of neon, that it can be expanded so that it can really live on a new form”.

She compares neon glass bending to an Olympic sport that requires strength, precision, and flexibility.

And her stubborn perseverance has paid off in that she eventually found a si fu – known as Master Wong – willing to take her on.

“Because I fell in love with this medium, I tried to do it myself, so I begged Master Wong and other neon benders in Hong Kong but they refused teaching me,” she recalled.

In 2018, she then decided to learn on her own and enlisted the help of a glass sculptor who watched the neon creation process on YouTube to explain the technique to her.

After creating an art piece in a week, she returned.

Master Wong, who is now 80 years-old and eschews publicity, was impressed with her work and agreed to take her on as an apprentice.

“I think the neon masters in Hong Kong will never accept me as a real neon master,” she said, “but maybe as a neon artist, which is fine with me.”