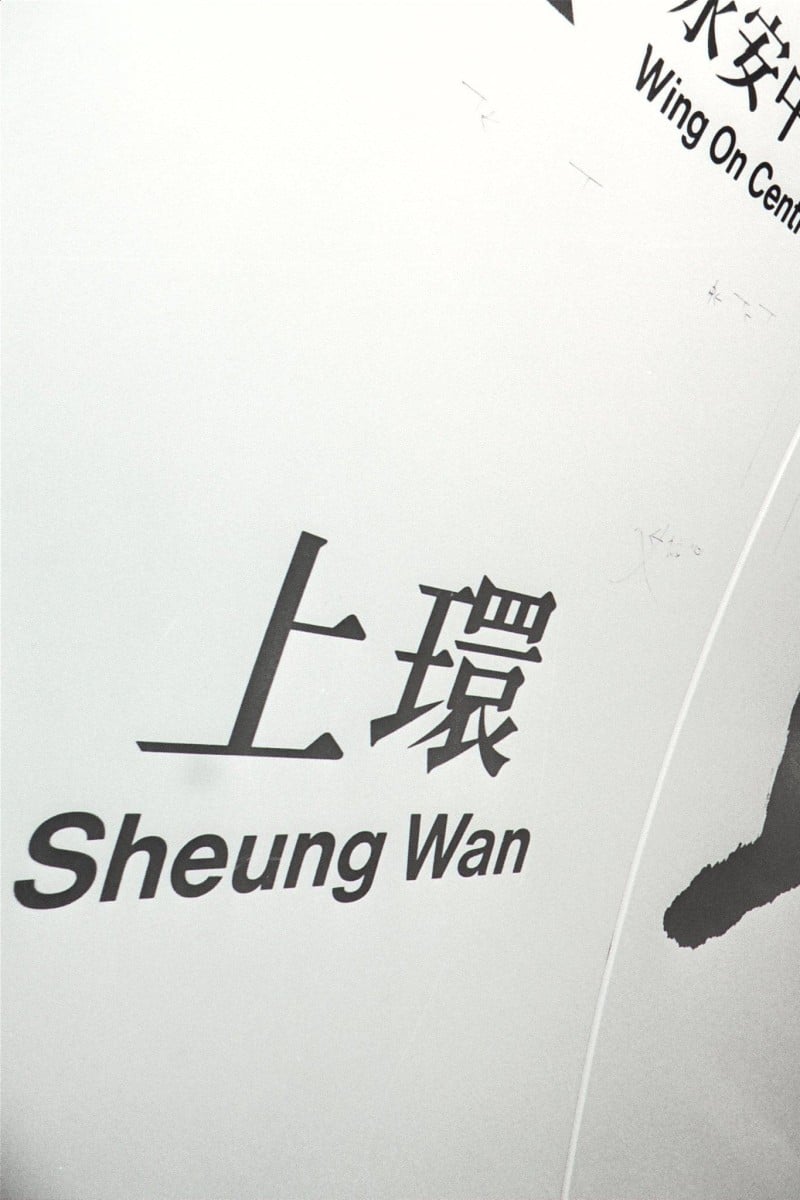 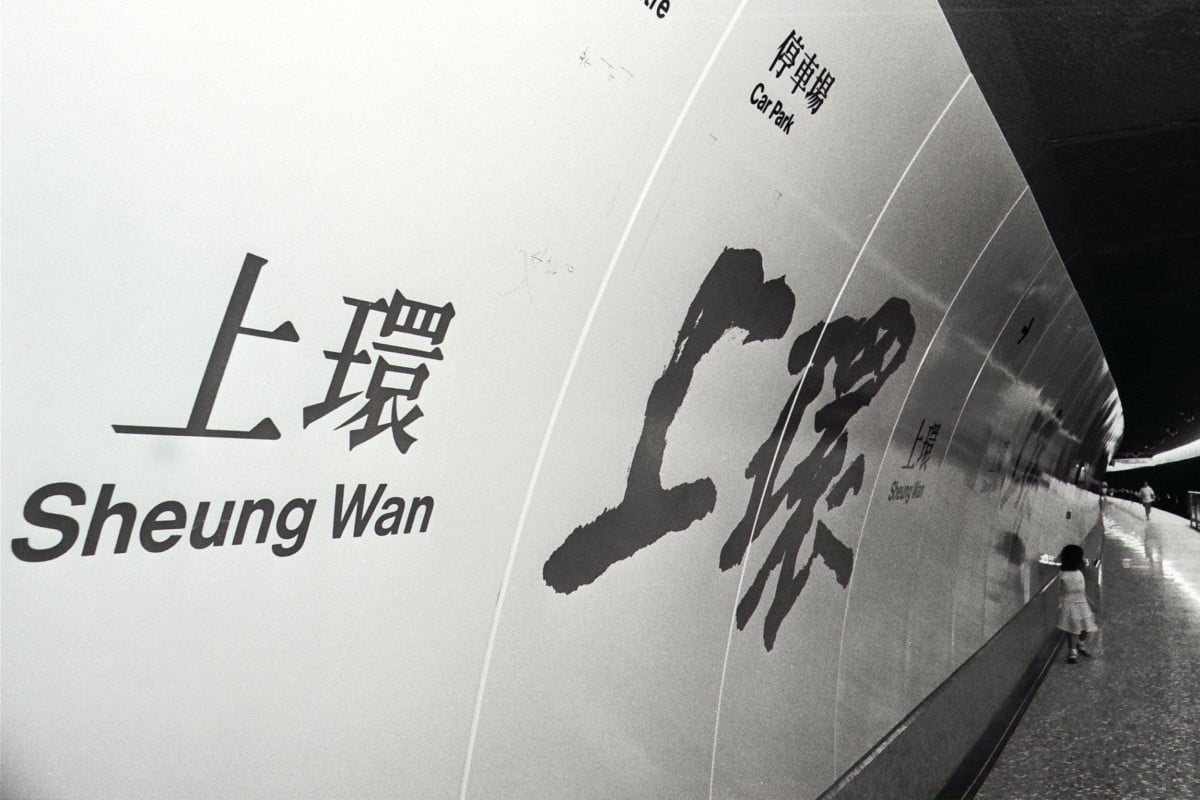 When Sheung Wan station opened in 1986, a platform from the abandoned Rumsey station was at the centre of many spooky stories. Photo: SCMP

Do you know about Hong Kong’s version of the fictional 9¾ train platform from the Harry Potter series? Have you ever heard the tragic urban legend behind why Sai Ying Pun station was the last on the Island line to open?

Regardless of whether you believe the creepy stories behind these stations, these tales do have interesting ties to the city’s history and culture.

On October 1, 1979, the South China Morning Post ran a headline that read “HK takes a trip into the future” as the city introduced its first railway service: an 8-km long line covering nine stations. Now, nearly 43 years later, the MTR network comprises 10 railway lines with more than 90 stations and plenty of interesting myths.

When the MTR opened its first line in 1979, it covered nine stations. Photo: MTR

Young Post spoke to Leo Sze Chi-ming, who is the director of the Society of Hong Kong History, a group founded in 2005 to document the city’s past. As the co-author of two books about the city’s urban legends, Sze unmasks the mysterious rumours associated with the western part of the Island line.

For almost three decades, Sheung Wan station was the Island line’s last stop until it was extended to Kennedy Town station in 2014.

“If you visited [Sheung Wan] station in the past ... you would have come across an unused platform that was fenced off,” said Sze. “At the time, people wondered why there was a spare platform.”

In fact, he explained, it was part of the abandoned Rumsey station, which was originally planned to be the terminus of the East Kowloon line in a proposal published in 1970.

According to urban legend, Rumsey station was shelved because of a fatal incident during construction. It was said that a worker there had seen a woman in white falling off the platform. Even after Sheung Wan station opened in 1986, there were stories of passengers who faced the same fate in the unopened station.

Children look at a route map of the MTR at Sheung Wan station when it opened in 1986. Photo: SCMP

Some commuters reported other strange accounts: another woman leaping off the Rumsey station platform, a mysterious train stopped at the trackless station, and haunting screams from nowhere.

To investigate these tales, Sze looked into newspapers and documents but could not find any official reports of these deadly accidents. The real reason for abandoning Rumsey station, said the historian, was related to concerns about cost.

“At the time, the population growth in ... [East Kowloon] had slowed down. After considering the cost of building the underground railway, the government decided to suspend the [East Kowloon line] project,” he said.

The unused platform is now behind brick walls, and part of it has been rebuilt as Exit E at Sheung Wan station.

While two of the three stations on the western extension of the Island line opened in December 2014, Sai Ying Pun station remained closed for another three months.

Online, netizens circulated an urban legend that suggested the opening of the station was delayed by a mysterious accident during train testing.

According to the tale, when the train arrived at Kennedy Town station from Sai Ying Pun, all five staff members in the car had disappeared. Three months later, three of them were found in the tunnel, but they had lost all memory of what had happened to them.

It was said that the MTR Corporation compensated the families of the two missing staff and provided medical support to the three survivors.

Sai Ying Pun station was the last on the Island line to open. Photo: David Wong

Three months after the incident, rumours said the three survivors died on the same day – that was when the MTR Corp decided to postpone the station’s opening.

Some commuters at Sai Ying Pun station said they sometimes heard the sound of water dripping and found peculiar muddy footprints on the platform.

But just like the first story, Sze could not find official reports of the missing staff and deaths in any newspapers.

“The delay was because of safety issues and construction problems at one of the station’s exits ... its ground conditions hampered construction,” he said, adding that the water dripping sound was actually caused by a leakage issue in the station.

Why do urban legends exist?

The two MTR rumours reflect a common feature of urban legends – integrating a creepy tale with the district’s development and cultural background.

For example, Sai Ying Pun was known for the now-demolished High Street Ghost House, and Sheung Wan historically had many graveyards and hospices. Sze explained that Hongkongers were quick to associate the districts’ creepy histories with the new stations there.

The Sai Ying Pun Community Complex used to be called High Street Ghost House because of its history as a psychiatric hospital. Photo: Xiaomei Chen

The historian added that when people encountered something strange, they often would try to make sense of it by relating it to the supernatural.

“Oddly enough, people do believe in these superstitious stories,” he said.

While some might treat these tall tales as a way to kill time, Sze said they could also become a medium for people to learn more about an area or historical event.

He said, “The urban legends come from our everyday lives and change according to the social environment.”