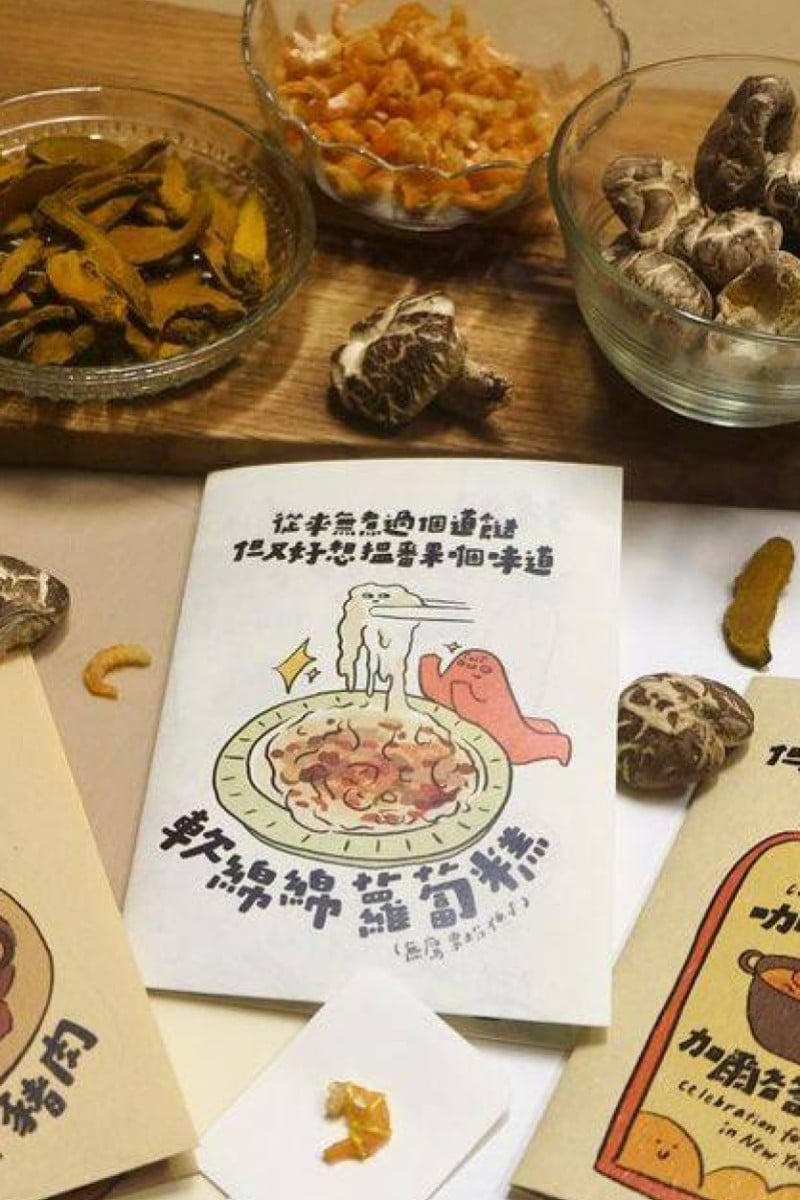 Growing up, Lam-lam’s favourite home-cooked dish was not typical Cantonese fare, such as sweet and sour pork or steamed fish. Rather, she adored her grandfather’s simple dish of fried potatoes and pork.

For the longest time, she thought this savoury treat was common in most Hong Kong households, and she would proudly talk to people at the wet market about it. To her surprise, no one knew what she was talking about.

“Then, I realised it was my grandfather’s special recipe,” said Lam-lam*, who is in her 20s.

Fried potatoes and pork is Lam-lam’s* favourite dish from her childhood. Photo: Handout

“He would fry the pork fat first and use the oil to fry the sliced potatoes until they were crispy and golden brown. Then, he’d just sprinkle some salt and spring onions,” she said, explaining how this comfort food would remind her of fond memories from childhood.

“Over time, I became emotionally attached to the dish – and to potatoes as well,” she added.

The food storyteller invites Hongkongers to recreate a dish they remember most from childhood to spark a conversation about their lives and about the city. She meets each interviewee to shop for ingredients at the wet market and chats with them as they cook.

“Food has more to offer than just filling our stomachs,” she said. “It not only contains the stories of individuals, but it can also be the starting point for discussions about our city’s social issues.”

After listening to a participant’s stories and documenting the cooking process, she posts about it on Facebook and Instagram.

“We all have different preferences for food, but the stories we tell about our favourite dishes are relatable to anyone,” she explained.

Lam-lam*, the founder of First Time Cook This Dish, is now in Britain studying for her master’s degree in anthropology and community arts. Photo: Handout

About a year after starting this food memory project, Lam-lam expanded it by working with a local artist, To Ball Ki, to transform the stories and photos she had collected into illustrated print recipes.

For Lunar New Year last year, the duo created three charming pamphlets for turnip cake, Kolkata-style chicken curry and Hakka-style braised pork. The three recipes – sold as a set with a random ingredient for one of the dishes – are available online and in several art shops and bookstores across the city.

Now, Lam-lam is in Britain studying for her master’s degree in anthropology and community arts, but she is still posting the recipes she has already collected and hopes to continue the project when she returns to the city.

Over the past two years, First Time Cook This Dish has garnered more than 400 followers on Instagram and about 270 on Facebook. So far, Lam-lam said she had collected 18 recipes and held two recipe design workshops.

For her, the most rewarding part of this project has been seeing her participants discover new things about themselves as they tried to recreate flavours from their treasured memories.

“Some shared about how they loved a certain dish because it reminded them of the feeling of reuniting [with family],” she said. “Some reminisced about the environment they had grown up in as a child.”

Many of them learned not only about the food they were making but also about the work of a family cook.

For one interview, Lam-lam was documenting the recipe for a traditional Lunar New Year treat from Chiu Chow, a city in the eastern part of Guangdong Province in mainland China.

Deep-fried prawn balls, also called “prawn dates” in Chinese, was one dish that the participant’s grandmother would serve at the reunion dinner during Lunar New Year. On that day, her grandmother used to cook for more than 30 people all by herself.

But for Lam-lam’s interviewee, a rookie, preparing the prawn balls took seven hours.

“As [participants] cook, small details – such as having to measure out the ingredients – often lead them to realise how difficult it is to be the cook at home,” she said.

Of all the recipes she had collected, Lam-lam especially wanted to highlight one from a villager living in Tsiu Keng, a farming area in the North District. The interviewee made a simple dish – fried rice noodles with choy sum – but it was the ingredients that left an impression on Lam-lam.

“The cooking process was a profound experience because [most of the] ingredients were home-grown,” she said, adding that the participant’s parents were farmers.

The cook chopped lettuce, shallots and spring onions from her family’s farmland in Tsiu Keng, and fried them with rice noodles and salt in a wok, Lam-lam recalled.

However, the clock is ticking for this farming village.

In 2020, the government started building an Agricultural Park in Kwu Tung South that would include a 13-metre long crossroad across Tsiu Keng.

“Once the concrete is laid onto the soil, the piece of land becomes a dead zone without the ability to grow anything new,” the food storyteller lamented. “It is a construction project that cannot be reversed, and it will remove every farmer in Tsiu Keng from their roots.”

During the cooking session, the participant said fried rice noodles with choy sum might seem like a simple meal, but it represented her family’s connection to their land.

“Her mother wasn’t really a good cook, but the dishes were so tasty because everything was fresh, and the family has faith in what they sow,” Lam-lam explained.

The First Time Cook This Dish founder believes her brainchild serves as a flavourful record of the city’s history.

“I hope people can reflect on how precious these farmlands are through this recipe related to Tsiu Keng,” she said. “The dish carries our collective memories and provides a glimpse into how land is used in the city.”

*Full name has been withheld at interviewee’s request.