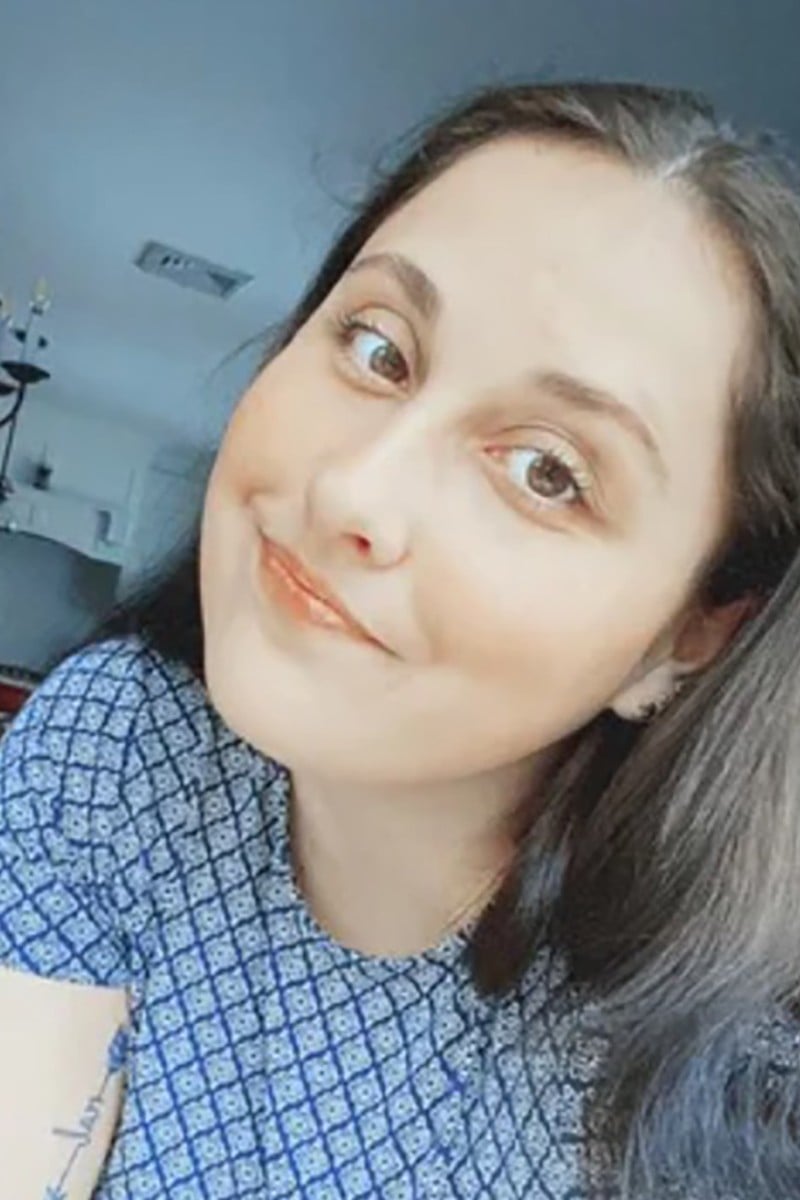 When Burke joined TikTok in 2019, she had no idea it would lead her to being officially diagnosed with autism a year later. Photo: Handout/Tribune News Service

Kelsey Burke joined TikTok in March 2019 to share funny videos with her friends. Little did she know it would become a large part of her journey with autism.

The 22-year-old joined TikTok before getting diagnosed with autism spectrum disorder (ASD), but as content creators with autism starting popping up on the app, she started to feel a connection.

“These videos were really catalysts for me – every single one made me feel heard. I remember thinking, ‘Wait, I do this too … I do that too! Oh my gosh, I’m not the only one who does that?’”

Flash forward to now, after being officially diagnosed in late 2020, Burke says the app has helped her feel more seen and understood.

“From interacting with my own followers to seeing other content about autism, I am slowly realising that I was never broken. I just have a different brain and there’s absolutely nothing wrong with that. In fact, it’s pretty amazing to see the world in a different lens.”

Burke isn’t alone in finding connection and community on TikTok. Others say they too finally felt seen after seeing and learning from other people with autism on the app.

Dee Ruffin, who’s known as @asapskrr to his 150,000 followers on TikTok, also learned about autism through the app.

“I didn’t know squat about autism growing up. It’s not something they teach in school and nobody in my immediate family had it, so it wasn’t a conversation topic,” he said, adding it wasn’t a big conversation on Tumbler, Vine and Instagram growing up either.

Videos from people in the autistic community would come across his page under the hashtag #actuallyautistic, which has more than 2.3 billion views. Other related hashtags are also highly viewed on the app – #autistic has more than 2 billion views, #autismawareness has 4.5 billion and #autism has 8.7 billion.

“I’d just spend hours scrolling through it and following the people I related to the most. Eventually, I started posting about my struggles and autistic people started following me because they could relate.”

Overcoming autism: how one family helped their son find success

The experience has helped the 23-year-old better understand himself.

“I had a lot of ‘strange,’ unexplained habits growing up that I was punished for. I punished myself for these habits as well. Learning that these habits were just symptoms, talking that out with my mom, helping her understand and hearing her apologise gave both some much needed closure.”

“When I shared my story one day on TikTok the response was overwhelming,” he says. He uses his platform to advocate for himself and others living with autism as well as promote the music he makes with his community in mind – in hopes it will help others with autism feel seen too.

His song Someone, for example, relates to experiences people with autism may face. “Many of us have social anxiety and a difficult time finding someone who will accept us for who we are,” he says, noting some of the song’s themes.

Singer says he is humbled by the comments he receives from neurodivergent communities and their families on the app. “It makes me feel proud that my platform has helped others,” he says.

‘Social anxiety is not a sign of inferiority’: psychologist on how this mental health condition affects teens, when to get help

While visibility is great, there’s more that can be done. Although TikTok has been life-changing for some with autism by boosting visibility and fostering community, some creators says there are things that can be improved on the app.

Ruffin would like to see more creators of colour get attention on the app. “It would be nice to see someone that looks like me get a brand deal or TV show or just get paid what their content is worth.”

Ruffin has also dealt with negative and invalidating comments.

Burke has also received mixed responses. And while the positive comments “make it all worth it,” she says the negative ones can be “pretty brutal – people questioning the validity of my very real diagnosis, calling me names, making fun of the way I talk or the videos I make.”

“I feel like there’s a lot of societal stigma placed on autism, and in order for this stigma to go away, people need to learn from those inside the communities,” she says. “I can’t stress this enough: If you want to get more educated about autism (and) neurodiversity, then listen to autistic (and) neurodivergent people!”

Singer agrees the best way to learn about autism is from people who experience it. “Who better to educate others than the people who live with autism?”