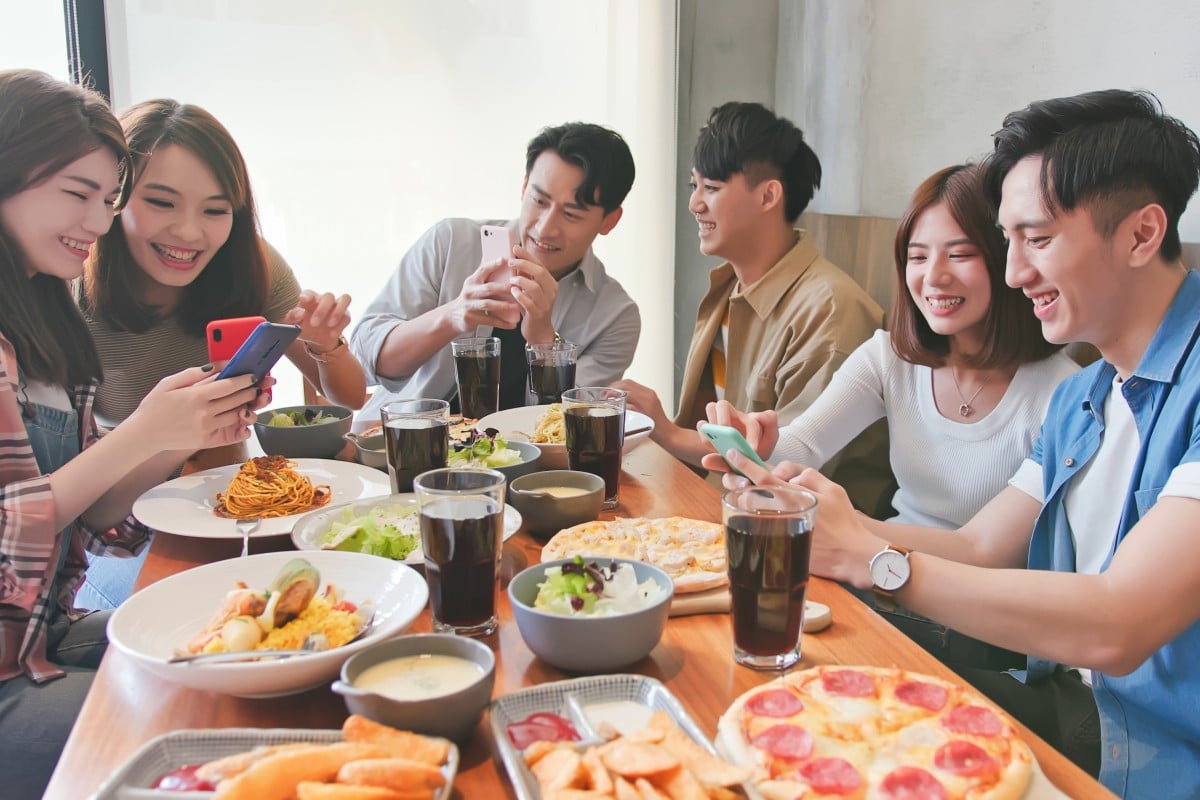 After months of social-distancing restrictions, life is slowly returning to normal for many Hongkongers. From shoppers flooding the malls to queues circling restaurants, the city is coming back to life.

As you plan dinner dates and lunch meet-ups, is there anyone you know who never seems to be satisfied at the end of a meal? Or someone who eats dessert even though they didn’t finish their main dish? Let’s take a look at slang for all the food lovers you may know.

Meaning: refers to the feeling of wanting to eat whenever boredom kicks in

Example: I always get hou-huhn after school and snack on whatever is available in the cupboard.

Meaning: describes someone who is hungry all the time. People use this phrase to talk about those who tend to eat a lot. Ngaw-dai is also a homophone for “spy” in Cantonese, and people often use this to make clever puns.

Example: Amy is definitely a ngaw-dai – I once saw her eat two dinners in one evening.

Some people just have a bottomless pit for a stomach! Photo: Shutterstock

Example: I don’t think Sherry would be happy if you ordered a portobello burger for her. Don’t you know she is a sik-yook-saau?

For people who are “sik-yook-saau”, meat is the only thing on their minds. Photo: Shutterstock

A nutritionist’s take on curry fish balls and siu mai

Meaning: describes food that is poorly cooked and tastes awful. Despite how unappealing these dishes may seem, some people consider it a challenge to try vile food.

Example: I’ve been wanting to try the restaurant’s infamous chicken and blueberry pasta – it’s a luet-sik that many YouTubers have eaten and posted about as a dare.

We appreciate when cooks try to experiment with their dishes, but not to the point where it becomes inedible. Photo: Shutterstock

What’s in an egg waffle? Learn its history and a healthier recipe

Meaning: a figurative way of describing how people still have room to eat dessert right after a savoury meal. Locals often say they have a “second stomach” as an excuse to eat dessert.

Example: Even though I can’t finish the pasta, my dai-yee-gaw-wai wants some pudding.

There is always room for dessert! Photo: Shutterstock
Sign up for the YP Teachers Newsletter
Get updates for teachers sent directly to your inbox
By registering, you agree to our T&C and Privacy Policy
Comment