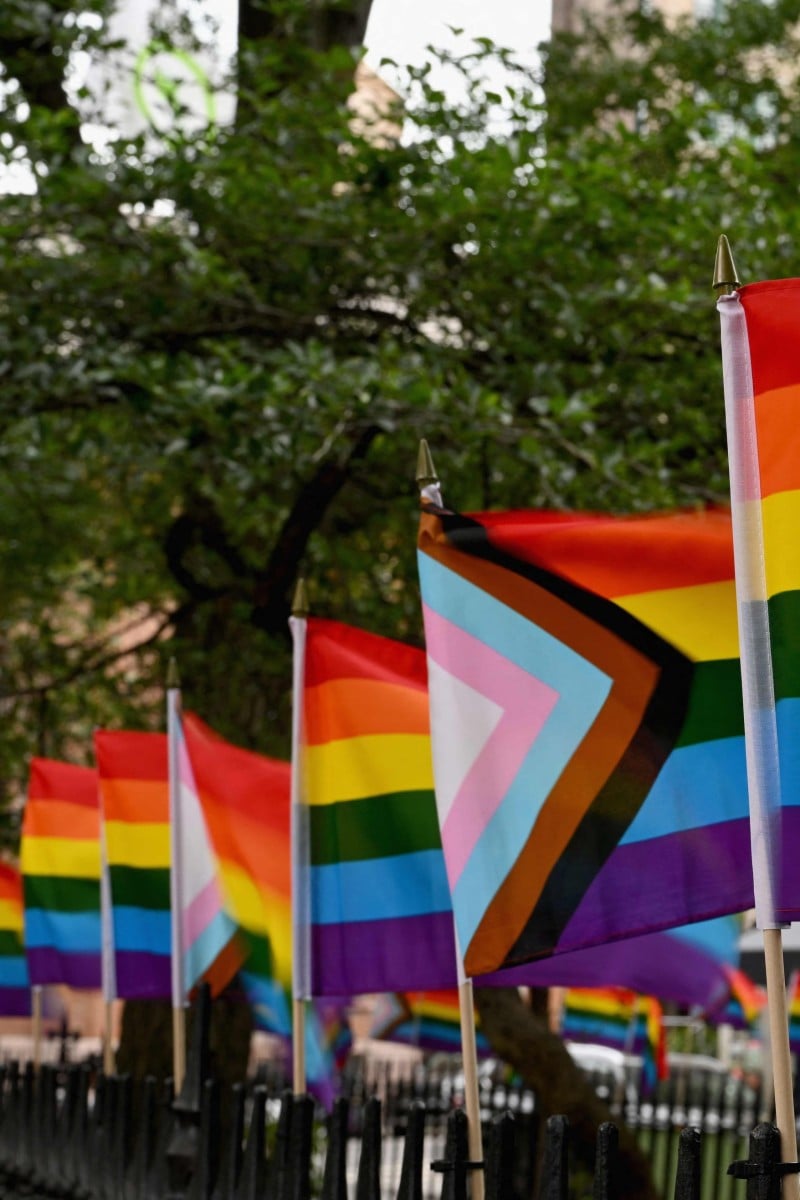 Explainer: History of LGBT+ Pride in the US and Hong Kong – how the fight for equality continues

2 hours ago
Letters to the EditorsFor teens

5 hours ago
Letters to the EditorsRelationships 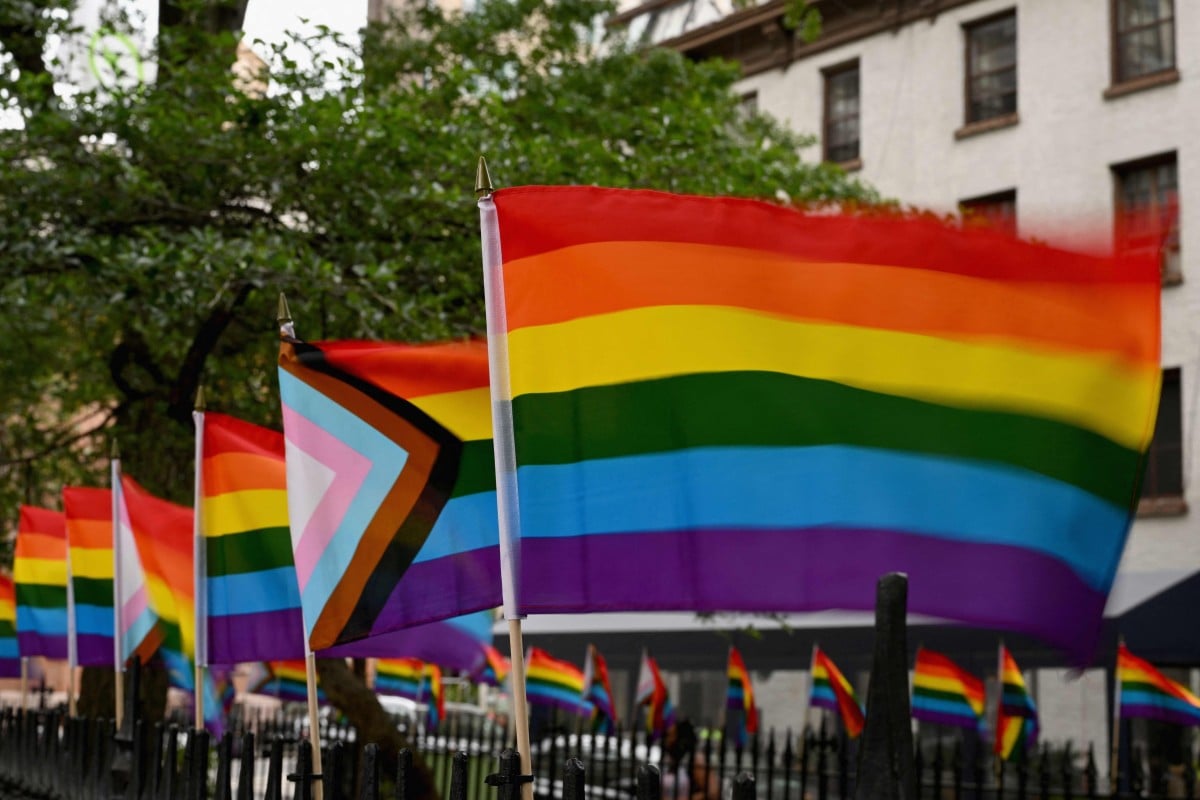 In the United States and many other countries worldwide, Pride Month is celebrated in June to honor the 1969 Stonewall riots. Photo: AFP

When you think of Pride, you might think of colourful parades or businesses selling anything and everything covered in rainbows. Although the celebration has become very commercial today – the phrase “rainbow capitalism” was created to describe how companies cash in on the festivities – Pride represents how the LGBT+ community has struggled for years to be accepted and have equal rights in society.

Big things often start small, and that’s certainly true for Pride: its history in the United States can be traced back to a bar in New York City called the Stonewall Inn.

Here is a quick explainer about Pride’s start in the US and Hong Kong, and the status of LGBT+ rights in these two places today.

What was life like for queer people in the US in the past?

While some improvements have been made in the last 20 years – including the legalisation of same-sex marriage and laws allowing same-sex couples to adopt children – for most of history, life for LGBT+ Americans wasn’t great.

In many states, it was illegal to be gay, and in 1952, the Diagnostic and Statistical Manual of Mental Disorders, which psychiatrists use to diagnose and treat people with mental health issues, listed homosexuality as a mental disorder.

Considering how hostile wider society could be, LGBT+ individuals often flocked to gay bars and clubs where they could be themselves. In New York City, many of these were owned by the Mafia. Since it was illegal to even hold hands, kiss or dance with someone of the same sex, it was common for police to harass and raid these bars, but the Mafia were usually able to bribe the police to leave their businesses alone.

Should queer history be on school syllabuses?

What happened at Stonewall Inn?

In New York, Stonewall Inn was a nightly home for homeless gay youth, and it welcomed drag queens, who were often shunned at other gay bars. It was also one of the few gay bars that allowed dancing.

On the morning of June 28, 1969, police raided the club, roughing up customers and arresting people who violated the state’s laws on wearing gender-appropriate clothing.

Frustrated by the constant police harassment and discrimination, angry patrons and residents of the neighbourhood waited outside the bar, becoming increasingly frustrated.

The Stonewall riots began more than 50 years ago, but their legacy is still felt to this day. Photo: Warren Eisenberg / Shutterstock

One officer hit Storme DeLarverie, a drag performer and lesbian, over the head as he forced her into a police van, and she shouted at the crowd to act. They began to throw any object they could at the police, and within minutes, a full-blown riot broke out.

The police, a few people they had arrested, and a journalist barricaded themselves inside the bar, which the crowd tried to set on fire. The fire department was able to rescue the people inside and put out the flames, but protests continued in the area for another five days, attracting thousands of people.

Marsha P. Johnson and Sylvia Rivera, both trans women of colour, are credited with playing major roles against police brutality at the bar, according to queer news site Pink News. Both would continue fighting for equal rights long after the riots and in 1970 created a safe space for young trans people who were living on the streets.

Your guide to gender identity and the importance of pronouns

What happened after the riots?

On the first anniversary of the riots, on June 28, 1970, thousands of people marched from Stonewall Inn to Central Park, chanting: “Say it loud, gay is proud.” People in Chicago took to the streets a day before those in New York and held a week-long celebration, while activists in Los Angeles and San Francisco held parades on the same day as those in New York.

While LGBT+ activism existed before Stonewall, it was a catalyst for a more organised fight for equality. The Gay Liberation Front was formed in the US to protest against the oppression of the LGBT+ community, and other similar organisations were established in countries around the world, such as Canada, France, Britain and Australia.

7 LGBTQ+ movies to watch in celebration of Pride Month

How did Pride start in Hong Kong?

Homosexuality was illegal in Hong Kong between 1842 and 1991. Underground organisations, such as the 10 Percent Club, were formed to advocate for LGBT+ rights before it was decriminalised.

After homosexuality was made legal, a few strides were made in pop culture in the 1990s that made the LGBT+ community more visible. Beloved singer and actor Leslie Cheung Kwok-wing, called the “founding father of Canto-pop”, came out as bisexual in 1992. In 1997, filmmaker Wong Kar-wai released Happy Together, a romance that follows a gay couple, played by Tony Leung Chiu-wai and Cheung.

The city’s first gay parade took place in October 2004 with a procession around the Lan Kwai Fong area of Central. About 100 people attended the event, which received a great deal of positive coverage in the press. However, the city’s first large-scale Pride parade was held in 2008 and involved 1,000 participants walking from Great George Street in Causeway Bay to Southorn Playground in Wan Chai.

In the US, some places seem to be rolling back progress on queer rights. The “Don’t say gay” law in Florida bans education on sexual orientation in schools between kindergarten and third grade, while laws in Texas and Arizona have banned gender-affirming medical care for trans youth.

In Hong Kong, there are currently no legal protections against discrimination on the grounds of sexual orientation and gender identity, and advocates have been campaigning for people to be allowed to legally amend their gender without undergoing sex reassignment surgery.

While there is no same-sex marriage in Hong Kong, recent court rulings have declared that same-sex couples should be allowed to apply for public housing, and that spousal visas can be granted to same-sex couples.

In summer 2021, the ViuTV series Ossan’s Love – starring Anson Lo and Edan Lui, members of the city’s beloved boy band Mirror – made history as the first time a mainstream Hong Kong television station produced and screened a drama focusing on gay relationships. Its success made LGBT+ advocates hopeful that public perception of the queer community is changing, even if there is a long way to go.