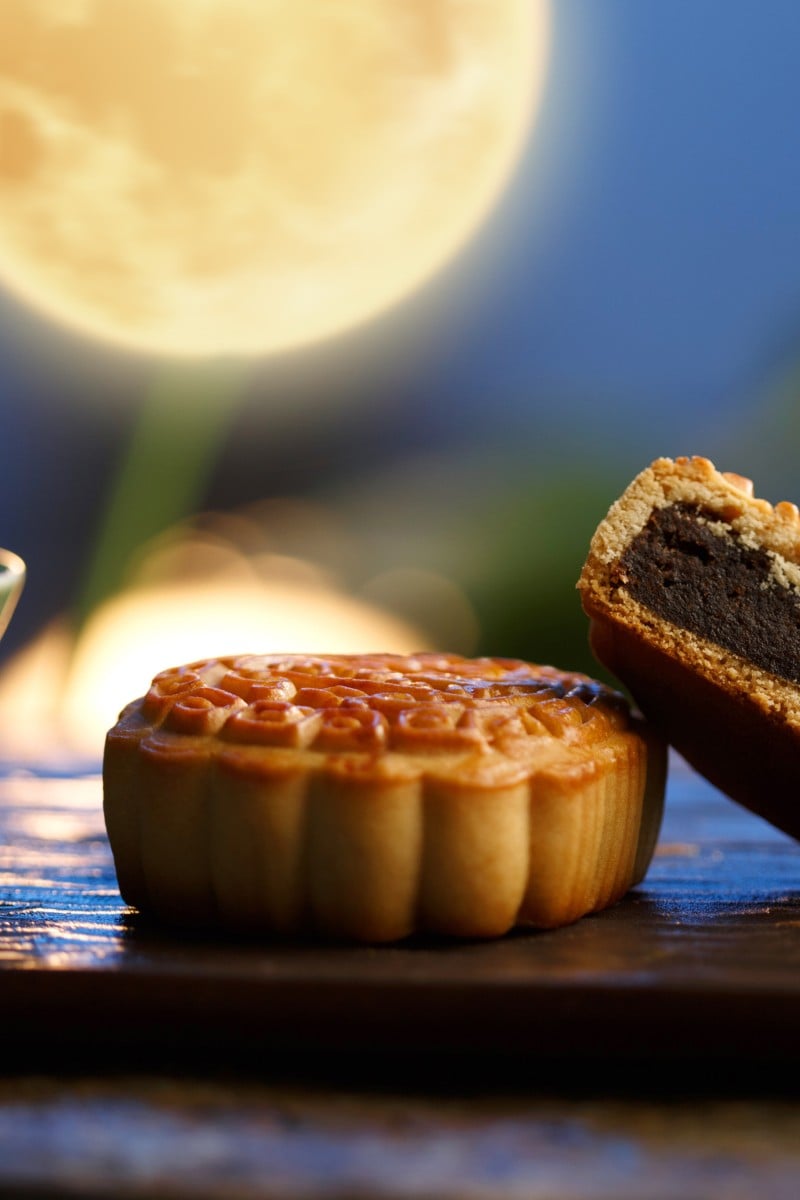 All about Mid-Autumn Festival: holiday’s history, how to celebrate, where to donate and recycle mooncakes in Hong Kong 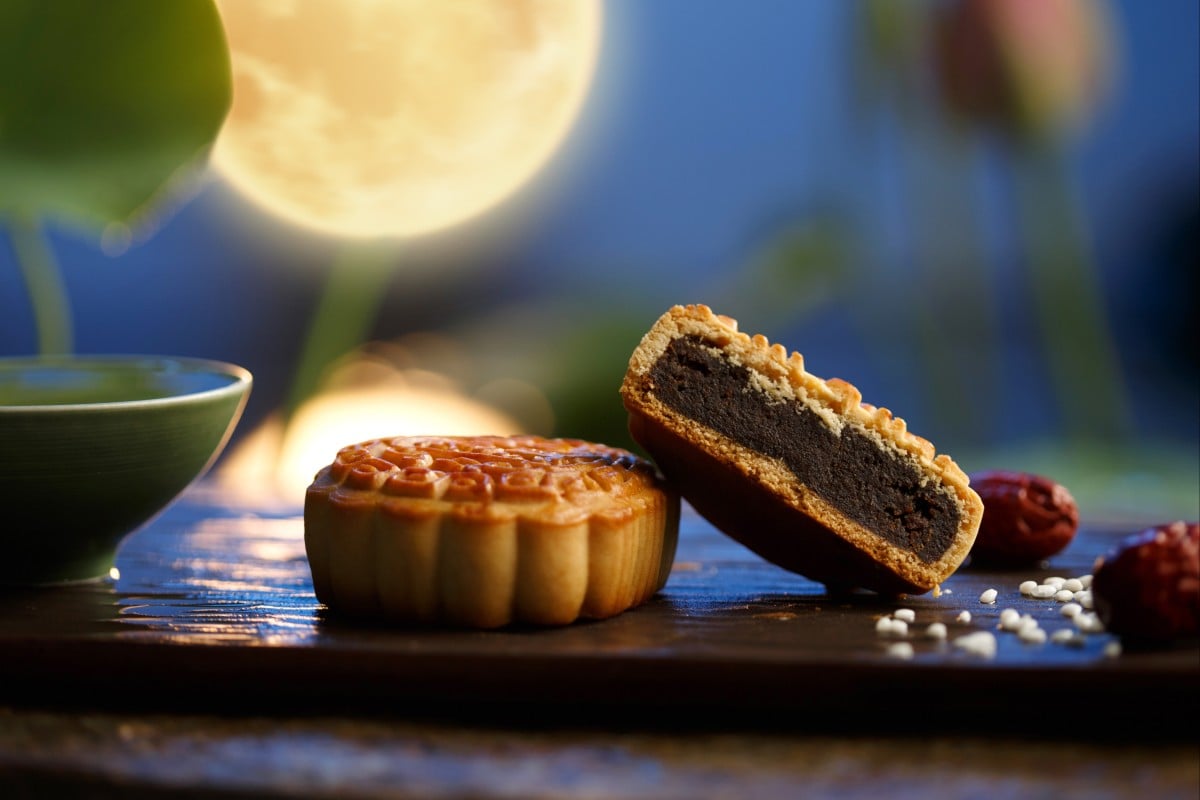 The moon is a central aspect of the stories surrounding the Mid-Autumn Festival. Photo: Shutterstock

As people ready their lanterns and mooncakes in time for Mid-Autumn Festival on Saturday, let’s take a look at the history, customs and symbolism of the moon festival.

What is the Mid-Autumn Festival?

The Mid-Autumn Festival is a traditional holiday held on the 15th day of the eighth month in the lunar calendar, which is when the Chinese believe the moon is brightest. On the Western calendar, it corresponds to mid-September every year.

Every year, Chinese families celebrate the Mid-Autumn Festival by going to family gatherings, having mooncakes, making tong yuen, playing with lanterns, and gazing at the moon. It is widely celebrated in Chinese culture, and other countries, such as Japan and Korea, have similar holidays as well.

Hong Kong flavours and salmon-filled puffs: mooncakes you should try this Mid-Autumn

Myths of the moon

There are many stories surrounding the Mid-Autumn Festival, but the most well-known legend is about an archer Hou Yi and his wife Chang’e.

Hou Yi was exceptionally skilled at archery, and when he shot down nine of the 10 suns to protect people from drought and other natural disasters, he was rewarded with the elixir of immortality.

However, when Peng Meng, Hou Yi’s apprentice, attempted to steal the elixir, Chang’e stopped him by drinking the elixir herself. She flew to the moon and became its goddess. Hou Yi was heartbroken after learning what had happened and began a tradition of preparing a big feast in her honour on this day every year.

After drinking the elixir of immortality, Chang’e floated into the sky and landed on the moon. Photo: Getty Images

More than 3,000 years ago during the Zhou dynasty (1025-221BC), ancient Chinese emperors worshipped the harvest moon in autumn.

Appreciating the moon became more popular during the Tang dynasty (618-907) when the festival began to be regularly observed. People would offer food and drink to thank the bright moon for a good harvest and pray to it for luck.

During the Northern Song dynasty (960-1279), the date for the Mid-Autumn Festival was set as the 15th day of the eighth lunar month. It became a time for everyone to celebrate the year’s harvest and pray to the moon.

Your Voice: Be mindful of your Mid-Autumn celebrations (short letters)

It is said that at the end of the Yuan dynasty (1279-1368), exchanging mooncakes at the festival was a way for Han Chinese rebels to revolt against the Mongol rulers. According to folk tales, Mongol guards were everywhere because of fear of an uprising, and the Han could not meet in groups. The future emperor of the Ming dynasty, Zhu Yuanzhang, and his adviser, Liu Bowen, put messages in mooncakes to communicate with other revolutionaries.

The popularity of the Mid-Autumn Festival peaked in the Ming dynasty (1368-1644) and Qing dynasty (1644-1912). People celebrated it with activities, such as burning incense and watching fire dragon dances.

Nowadays, while celebrating the Mid-Autumn Festival has evolved with people’s tastes, there are still some celebrations that have stayed the same.

Folk tales depict the mooncake as an important revolutionary tool at the end of the Yuan dynasty. Photo: Shutterstock

How is the Mid-Autumn Festival celebrated?

Mooncakes symbolise harmony and unity. Nowadays, families and friends usually share a mooncake, served with tea or wine, on the night of the festival. There are many different types of mooncakes, ranging from traditional ones made with lotus seed paste and salted egg yolk, to modern versions, such as vegan mooncakes and ice cream mooncakes.

Lanterns are one of the oldest traditions of the Mid-Autumn Festival. While they were lit by candles in the past, now, children like playing with battery-powered lanterns in the park.

Lanterns of all shapes, sizes and colours can be found in Hong Kong’s markets. Photo: Sam Tsang

Since the Mid-Autumn Festival is an opportunity for families to gather, they usually eat a post-feast dessert called tong yuen which symbolises the tradition of families being together.

Where can I donate extra mooncakes and recycle the packaging?

After separating the mooncake boxes and packaging according to their materials, you can go to [email protected]’s locations across Hong Kong to recycle them. Greeners Action is partnering with different companies and groups to recycle used mooncake boxes and donate surplus mooncakes. One partner is Swire Properties – learn more about their collection points and rules here.

Do you have more Mid-Autumn treats than you can handle? Donate your mooncakes to groups like Feeding Hong Kong and Food Grace, which have drop-off points across the city. The government has compiled a list of all the groups collecting mooncakes here.