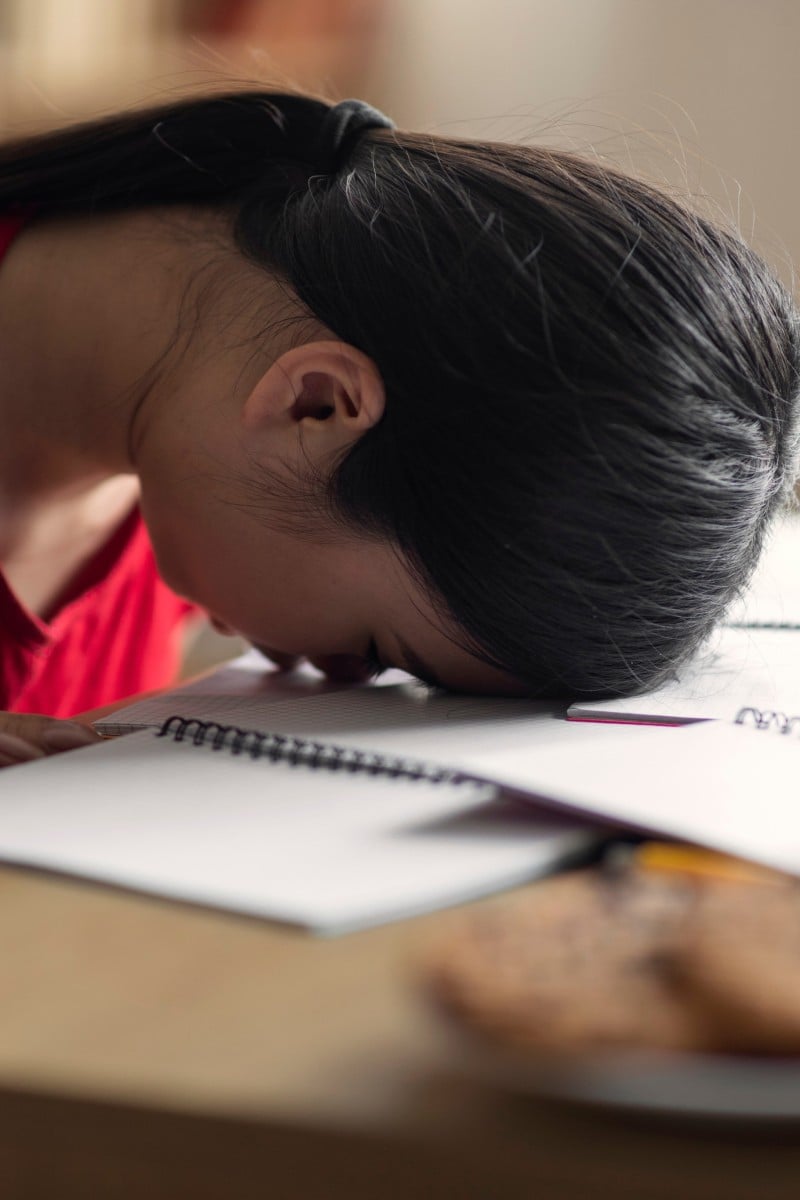 From ‘lying flat’ to ‘letting it rot’: why China’s frustrated youth are embracing ‘bailan’ way of life 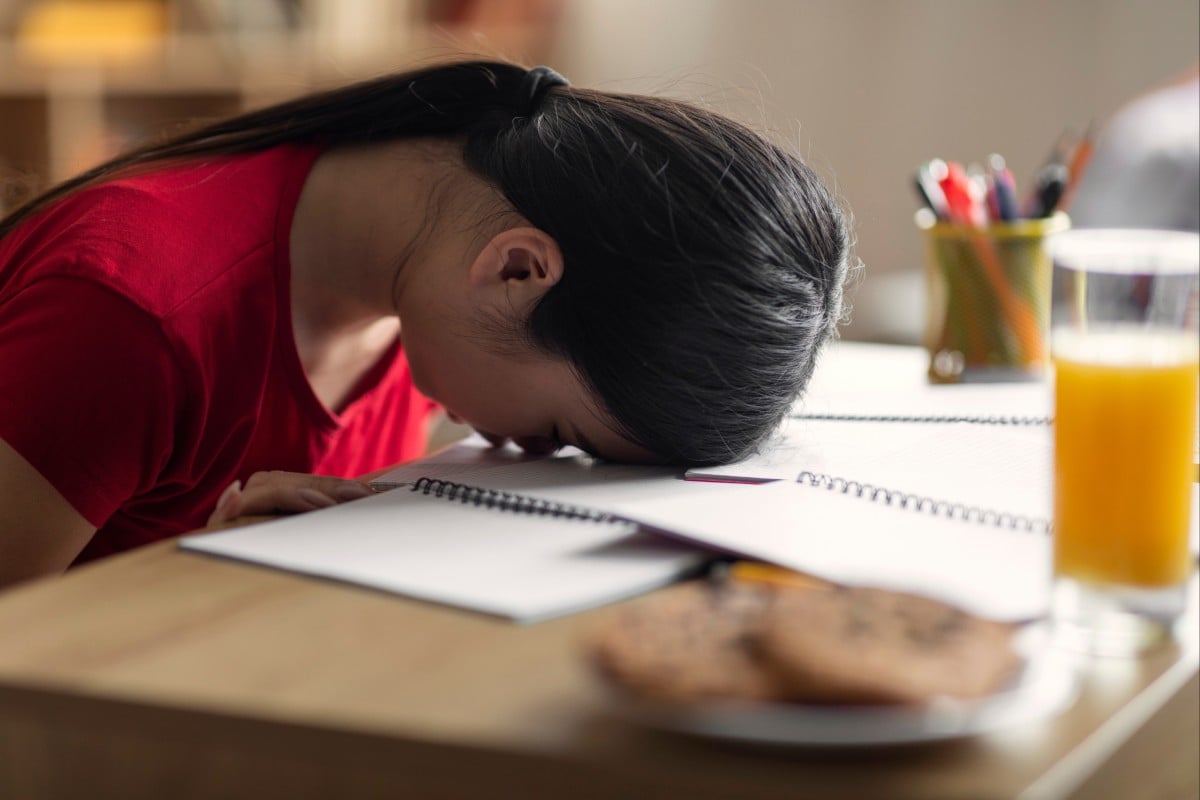 Young people in China are no longer ‘lying flat’, they are ‘letting it rot’. Photo: Shutterstock

“I am bailan-ing. Leave me alone,” read a note posted on the door of 28-year-old Yan Jie’s bedroom.

Yan, who shares a flat with a colleague in suburban Shanghai, was mocking himself, saying he was lazy, by using a new buzz phrase “bailan” which literally means “let it rot” that is becoming increasingly popular among young Chinese people.

“When I am given an assignment at work, I try to avoid it. If I am forced to do the work, I will do it but inadequately,” said Yan, who works for a medium-sized IT company. “When my parents ask me about when I will get married, I tell them I will leave it to happenstance,” he said.

Bailan refers to an attitude of giving up on a deteriorating situation. It comes from a sentiment among many young people in China that they are powerless to combat forces making social expectations unattainable.

So, rather than spend energy trying to fix an impossible situation, many people are deciding to “let it rot”, essentially giving up on striving for high or any achievement in Chinese society.

The term is an evolution of “lying flat”, which has entered the global lexicon and means “just doing enough to get by”. It became so mainstream that it is now a common phrase used by Chinese government at all levels, ranging from local cadres to the top authorities.

Social expectations in China are creating a sense of disillusionment among the country’s young people. Photo: Shutterstock

Professor Yu Hai, from the Department of Sociology at Fudan University in Shanghai, explained that having already embraced the “lie flat” mentality, Chinese youths have now taken this mindset to new heights by “allowing things to rot”.

“‘Lying flat’ is a neutral expression, a harmless choice to strive for nothing more than what is essential for their survival. But the phrase ‘let it rot’, which shows how people completely give up and are willing to accept an even worse situation, suggests a negative connotation, something that seems to be morally reprehensible,” he said.

He added that it was a “coping mechanism” for young people to protect themselves amid fierce competition and growing social pressures.

“Nobody likes to be described by others as being ‘rotting’, but when people put themselves in a very low position and call themselves that, they save themselves from criticism,” he said.

Such a mentality arose because society in the past years has been overly competitive. “Everyone seemed to be ambitious, wanting to make big money or be a top leader,” he added.

Yan, the IT worker, said the factors that contribute to his inclination to “let things rot” are unaffordable home prices and high dating expectations. Rather than struggling to meet these standards, he decided to ignore them completely.

The origins of bailan come from basketball, one of China’s most popular sports. The term would describe situations when players or teams would stop trying if they were getting badly beaten to speed up the inevitable defeat.

It has since gained popularity among disheartened youths this year.

The phrase ‘bailan’ comes from basketball to describe teams giving up amid a lost game. Photo: Shutterstock

On Xiaohongshu, China’s Instagram-like service, a search of the term bailan returned about 2.3 million results. On Bilibili, a YouTube-like company, videos with “let it rot” in the title are among the most popular videos on the service.

While the “let it rot” mindset is not necessarily universal among young Chinese people, experts said it is widespread enough to indicate a real sense of pessimism and disillusionment among China’s young generation. They pointed out that it is a noteworthy phenomenon that could negatively impact an already slowing economy.

For example, the youth unemployment rate in China was 19.9 per cent in July, which when combined with unaffordable homes, makes the thought of kick-starting an active professional life seem unattainable.

For people in their mid-20s and 30s, the expectation of caring for their senior parents while raising young children is now an immense burden amid rising living costs across the board.

Professor Shi Lei, who specialises in economics at Fudan University, said the greater competition was a result of economic advancement in the past few decades.

“Several decades ago, when we first started the reform and opening-up policy, many jobs and opportunities were available as the threshold for talent was low. People felt that it was easy to make money. But this period has ended after about 40 years,” he said, referring to the economic opening of China in 1978.

“Now it requires a better résumé to satisfy the high economic growth demand, which makes it harder for some to find a job, and it has created a surge in the number of postgraduate students.”

He noted that the pessimistic attitude among youths could threaten the already slowing economy.

From songs about ‘low-desire society’ to feeling lost, honest music is what Hong Kong singer Panther Chan does best

“Maybe there are just a small group of people who are truly ‘letting it rot’, but when a buzz phrase is exaggerated on social media, it creates a social atmosphere, and that could be enough to make an impact,” Shi said.

Yan said his decision to “let it rot” allowed him to live a more comfortable lifestyle and dedicate more time to his hobbies, at least for the time being.

“I have been taught since childhood to be diligent and never give up. But I discovered in adulthood that this is extremely exhausting. Why can’t we slow down? Why do we always have to fight to get ahead?” he said.