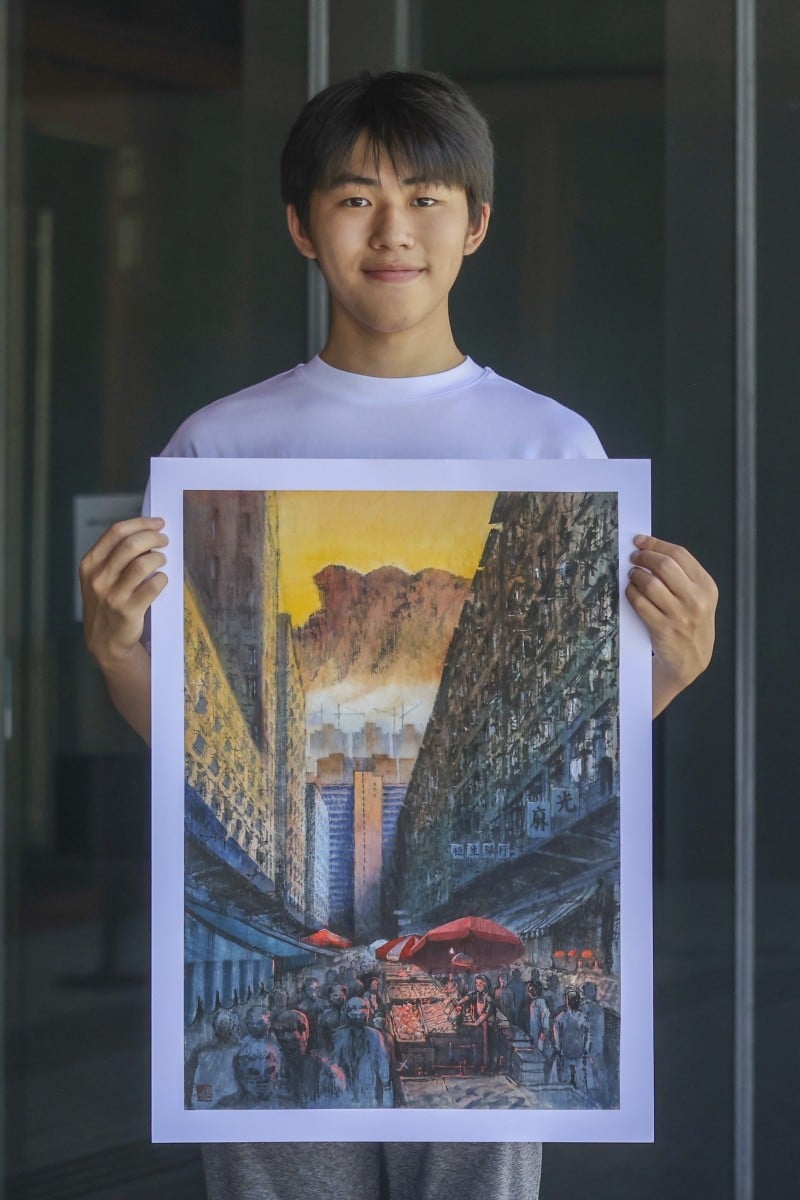 SOTY 21/22: Visual Artist winner shares how his love for drawing has inspired his desire to become an architect 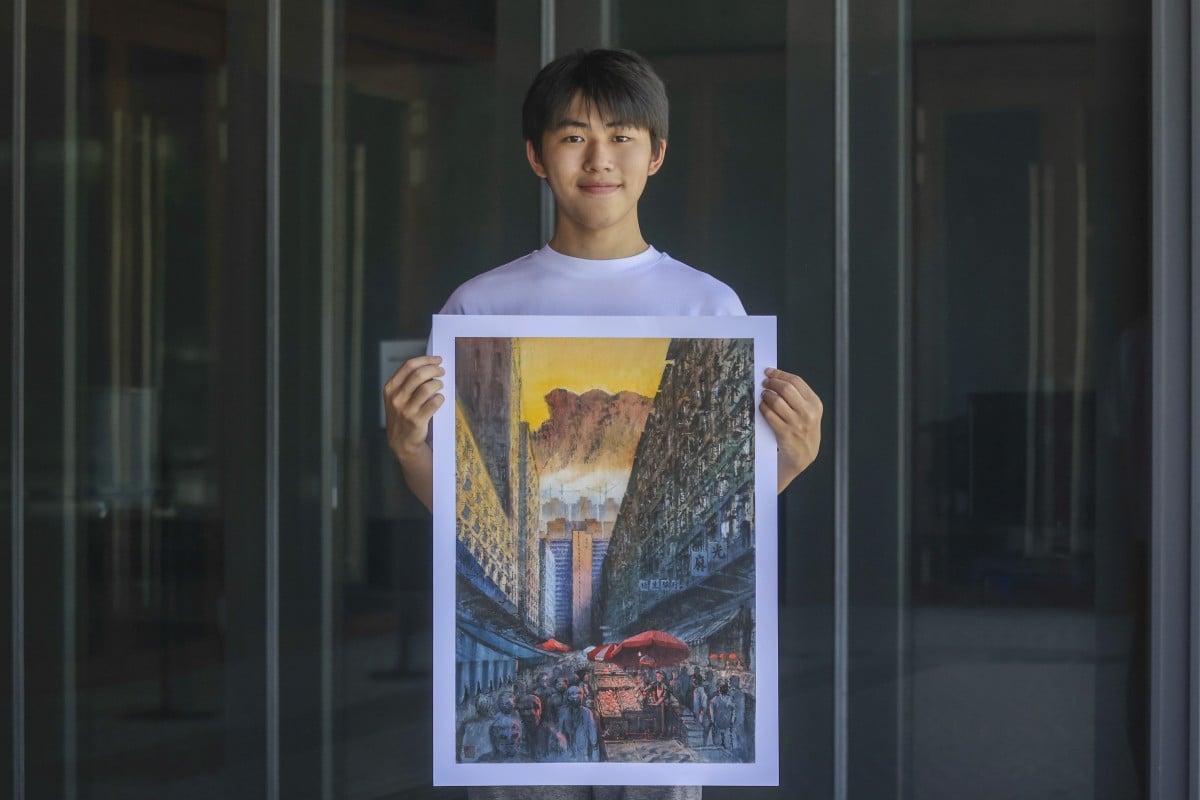 Kenny Lau is the winner of the Visual Artist category of this year’s Student of the Year Awards. Photo: Jonathan Wong

When Kenny Lau Kin-gi was a baby, he would spend a lot of time in the art studio owned by his parents, who worked there as teachers. The baby boy would watch his parents and get excited whenever he saw colourful paintings.

As he grew older, his parents taught him how to draw, and the little boy began to create artwork. When he went to restaurants, he would use soy sauce to draw on the tablecloth.

At the age of four, Kenny drew a painting titled Tiger and won a prize in The International Children’s Exhibition of Fine Arts Lidice, a drawing competition in the Czech Republic.

“I didn’t even know what it meant by getting a prize at that time. The process of drawing has actually been the thing that I enjoyed the most ever since I was little,” said Kenny, a 17-year-old student from the Diocesan Boys’ School.

Since then, Kenny has been joining drawing competitions held in Hong Kong and overseas, winning more than 100 awards so far.

He is also the winner of the Visual Artist category of this year’s Student of the Year (SOTY) Awards, which is organised by the South China Morning Post and sponsored by The Hong Kong Jockey Club.

The process of creating a drawing fascinates him because it gives him a sense of fulfilment to see an idea come to life. “I can think of a picture in my mind and draw it on paper. It gives me great excitement,” he said.

With a love of art instilled in him at a young age, he said drawing shaped his personality and made him sensitive to his surroundings.

He used to draw in acrylic and watercolours, but in recent years, he has used Chinese ink, since he can combine the techniques of both Chinese and Western styles.

Kenny loves to draw urban landscapes and street scenes, as the interactions between passers-by and the design of different buildings captivate him.

“As a Hongkonger who lives in such a densely populated city that is filled with skyscrapers, I think it is hard for me not to draw about these urban landscapes,” he said.

He is not only amazed by the buildings in Hong Kong, but since he has been travelling to many countries for competitions, he also realises how diversified the designs are around the world.

Drawing urban landscapes has paved the way for his passion for architecture, with Kenny hoping to become an architect in the future.

Kenny, together with eight teenage lovers of architecture, co-founded ARCHive, a platform that hopes to arouse young people’s interest in architecture. They write articles about different architects as well as organise projects to design buildings.

“Architecture is also an art. Painters bring their ideas to a two-dimensional space while architects transform theirs into a three-dimensional space. So actually they are very similar,” he said.