New to hiking? Check out these 5 beginner-friendly routes in Hong Kong and tips for staying warm in winter 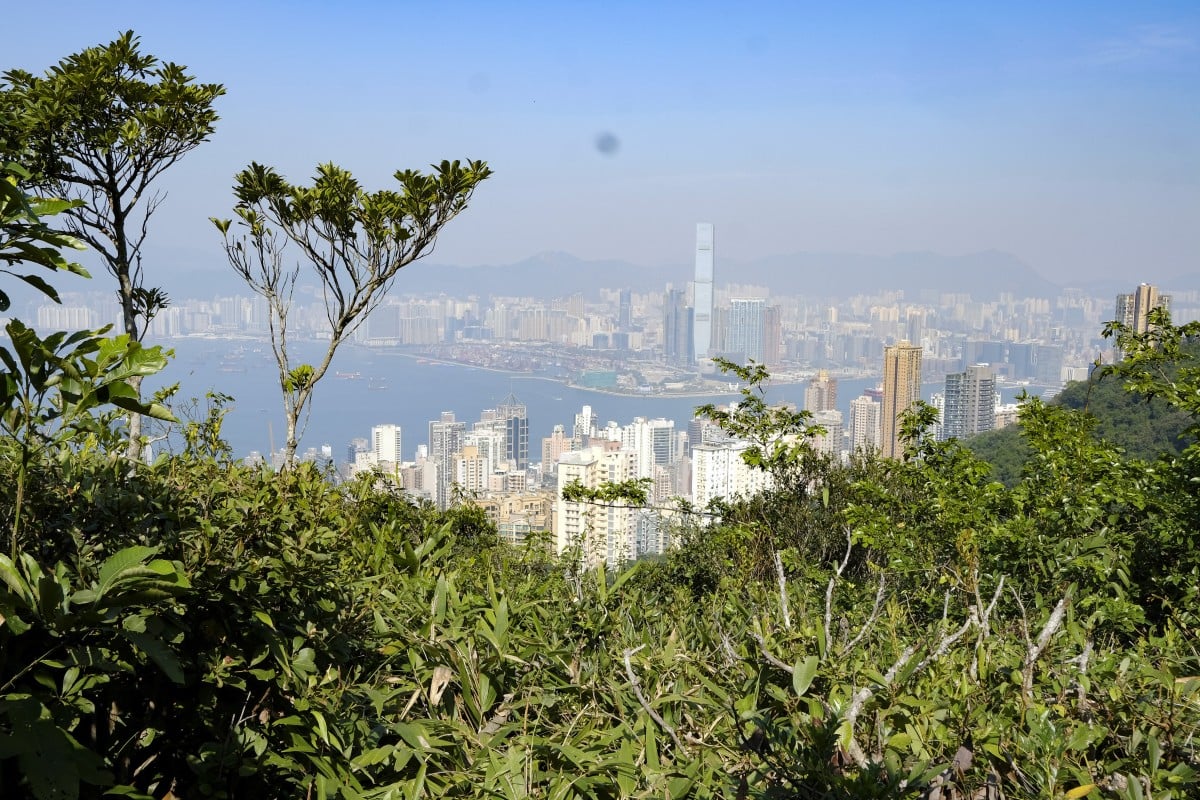 For those who are tired of being around crowds during the holidays, the great outdoors offers a perfect getaway from city life.

Young Post talked to the founders of Hkhiker, a walking group sharing knowledge about Hong Kong’s countryside, to bring you five beginner-friendly and educational routes. All of these can be completed in two hours. And to make your winter hike safer, we also consulted a hiking coach on tips for staying warm.

Known as the city’s smallest country park, Lung Fu Shan, or Dragon Tiger Mountain, offers an escape from city life through a journey to the past.

Famous for its war ruins, one of the park’s must-see attractions is the Pinewood Battery. Standing at about 300 metres above sea level, the military fort was built in 1903 as the city’s highest coastal defence battery. It was converted into an air defence battery in the 1920s, and during World War II, it was part of the city’s defences against the invading Japanese forces.

Aside from its historical relics, the park also features an environmental education centre to introduce visitors to Lung Fu Shan’s ecosystem.

How to get there: Walk about 20 minutes from Sai Ying Pun MTR Station or Hong Kong University MTR Station to Lung Fu Shan Environmental Education Centre via Kotewall Road or Pok Fu Lam Road. Or take bus 13 from City Hall in Central and disembark at University Lodge on Kotewall Road to walk to the centre.

Return to the city: If you end your journey at the Peak Galleria, you can take the Peak Tram, bus 15 or X15, or minibus 1 to Central.

During World War II, the peak was an important artillery battery for the British armed forces. Built in the early 20th century, large parts of the battery remain on the hill, such as gun positions, outbuildings and barracks – some of which have been classified as grade two historic buildings.

How to get there: From Kennedy Town station, take bus 1 or minibus 58 to Mount Davis Path.

Covering 270 hectares of Hong Kong Island, Pok Fu Lam Country Park is in the foothills of Victoria Peak. It boasts spectacular views of Victoria Harbour and the tranquil countryside.

How to get there: From Central, take bus 4x, 7, 30X or 91 from Exchange Square and get off at Pok Fu Lam Reservoir Road.

The area around the reservoir sees rich wildlife, such as butterflies, monkeys, cattle, and even wild boars. Along the journey are Instagram-worthy spots, such as the Paperbark Tree Corridor which is lined with white paperbark trees, as well as the War Relics Trail featuring the Shing Mun Redoubt.

The 250-metre trail was an important stronghold of the Gin Drinker line, constructed in the 1930s before World War II to defend against attacks from the north. It is one of the city’s best-preserved war relics as it contains remains of tunnels and artillery observation posts.

How to get there: Take minibus 82 from Tsuen Wan Shiu Wo Street to Shing Mun Reservoir Pineapple Dam minibus terminus.

Return to the city: Return by taking the same minibus.

This nature reserve is one of the city’s most biologically diverse forests offering a host of beautiful routes with unspoilt surroundings.

Boasting 460 hectares of natural beauty, the reserve comprises more than 100 different species of trees, as well as over 160 species of birds, 102 species of butterflies, and 50 species of dragonflies.

There are five way-marked paths to visit the nature reserve, including four colour-coded walks and one nature trail. Each route has different lengths: the shortest is just 3km, but the longest is 10km. You can choose the walk that best suits your needs!

How to get there: Take the 28K minibus from Tai Po Market MTR Station and get off at Chung Tsai Yuen. Or take bus 72, 72A, 73A, or 74A to the nearby Chung Tsai Yuen bus stop.

Return to the city: Take the same minibus or bus.

Tips for hiking in winter

Sunny Leung is a hiking coach and director of the NGO, Mountaineering Council of Hong Kong. The expert said that staying warm was key on a winter hike and shared four tips:

The coach also highlighted three essentials for all seasons that would further protect you on a hike:

“I would advise people to hike in a group of three or four and make a plan in advance [for the route]. It’s always better to have more preparation and precautions,” said Leung.