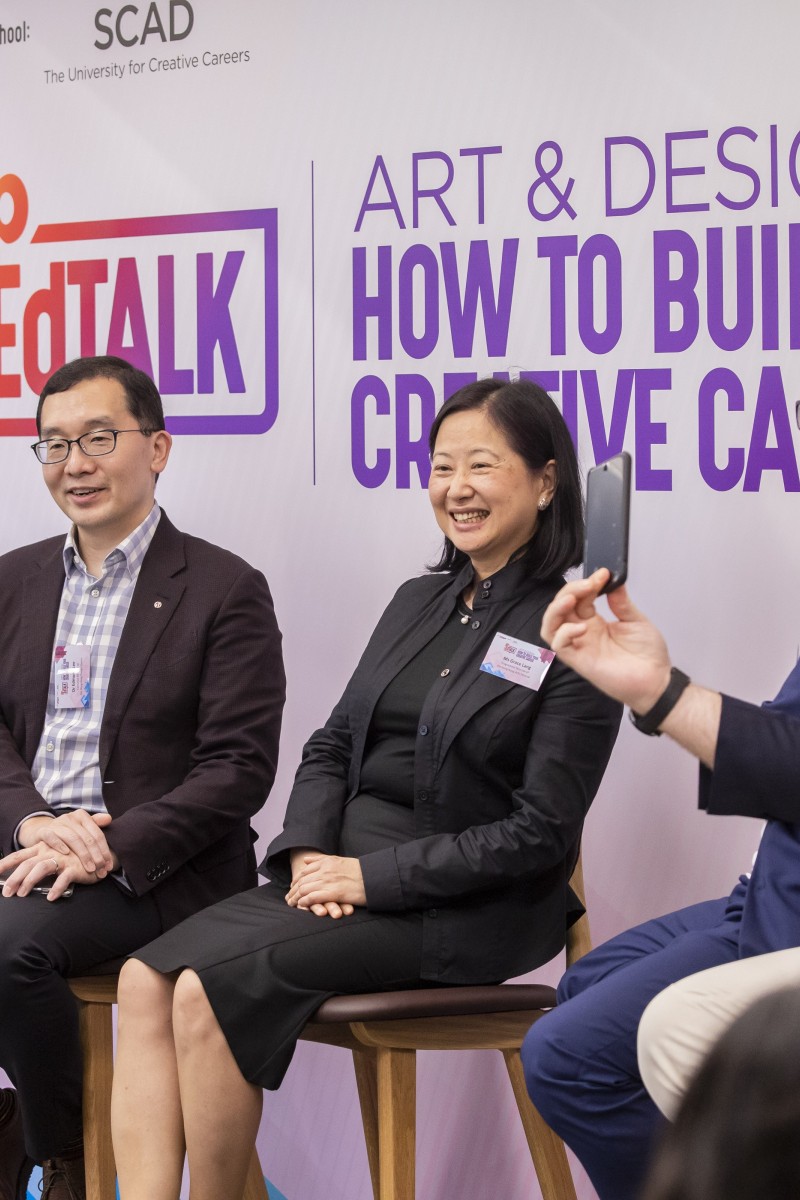 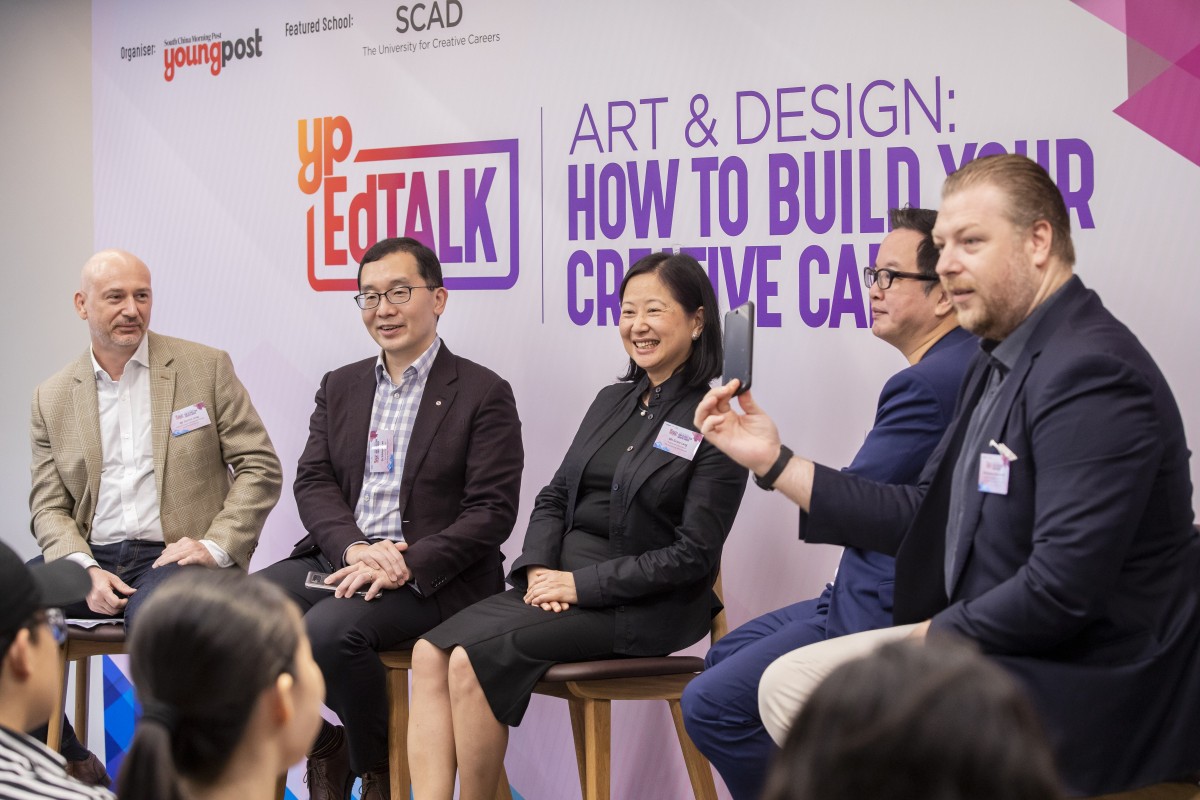 If you’re a creative type who dreams of becoming an artist or designer, you’ve probably found yourself sitting in your maths or science classes wondering why you need to be there.

But creativity can come in handy in fields far beyond the arts. What’s more, to turn your creativity into a career, you may find that you need a bit of – dare we say it – cold logic.

To help students re-evaluate what it means to be creative, Young Post hosted an EdTalk on the subject. We invited several Hong Kong-based art and design experts to share their thoughts with students and parents. The event was held on May 11 at our headworkers in Times Square, Causeway Bay.

One of the speakers at the event was Gianluca Cinquepalmi, Professor of Advertising & Branding in the graphic design Faculty of Savannah College of Art and Design Hong Kong. Cinquepalmi believes that when it comes to working in a creative field, any and all experience is useful.

“I’m a firm believer that creativity is the ability to combine knowledge in unique and unexpected ways,” he said. He added that creativity isn’t about waiting for inspiration to strike out of nowhere, but the result of hard work and careful planning.

Cinquepalmi’s own story is proof of this. At school, he dreamed of becoming an architect – but his father had other plans for his future. Cinquepalmi was instead forced to study mechanical and management engineering.

But it didn’t spell the end of his design aspirations. The knowledge he gained from his engineering courses proved very useful when Cinquepalmi started his own manufacturing consulting firm. There, he had lot of opportunities to work with designers, giving him his window into the creative field.

While Cinquepalmi believes creativity is key to success, he added that problem solving skills, and the ability to merge different concepts together, were equally important.

“You can learn all of these skills in a creative environment,” he said, “because you’re pushed to think beyond the obvious and solve problems in new ways.”

Our creativity flows best when we know about a wide range of subjects, he added. “Start your research today, and start practising [thinking creatively] by asking yourself what you can do” with two seemingly unrelated disciplines and skills.

Hong Kong Arts Festival’s Programme Director Grace Lang has also found throughout her career that knowledge in a broad range of subjects can help when building a creative career.

As as a liberal arts student at Wesleyan University in the US, Lang explored as many different areas of the arts as possible.

“I was exposed to all forms of music and dance … The arts world was enormous.”

Lang also tried a number of different part-time jobs while studying. This eventually led to her becoming house manager at her school’s art centre, and she discovered a love for something she had never considered before.

“Creativity is not just about thinking big and loud,” added fellow speaker Dr Edmund Lee, Executive Director of the Hong Kong Design Centre. “It has to become something.

“Design, for instance, is not just about architecture and interior products. It is also used to solve problems, improve situations…and create sensations and impacts,” Lee said.

How, for example, can we improve the way our schools function? It takes creativity, said Lee, to solve such problems. “Anywhere where humans are involved, design thinking has a role to play.”

For the students sitting in the audience, like West Island School student, Megan Lee Choy-ming, 14, it was reassuring to discover that creativity could be applied to a huge range of professions.

But it was also eye-opening to learn that there are many other skills that are needed to go hand in hand with creativity.

“I wasn’t aware that cognitive flexibility and emotional intelligence were necessary,” said 15-year-old India Engeler, a student at YMCA of Hong Kong Christian College. “Now that I know they are, I can work on these areas more.”

Lee’s warning that today’s students face a world of “volatility, uncertainty, complexity, and ambiguity” may sound daunting – but here’s the silver lining: the greater the challenges, the greater the scope for creativity.

SOTY 2018: Creativity and curiosity are essential qualities for the next generation of leaders

In McQueen, a documentary on the late British designer, the directors allow his side of the story to be told [Movie Review]