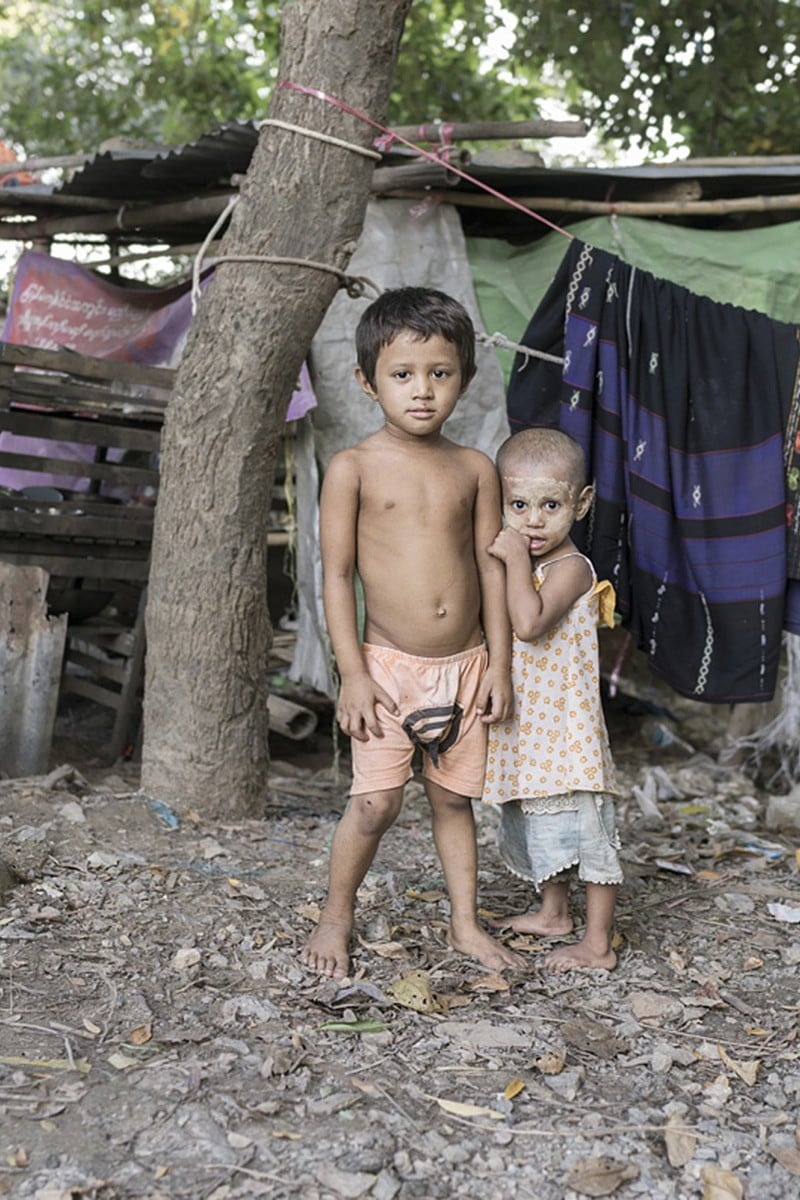 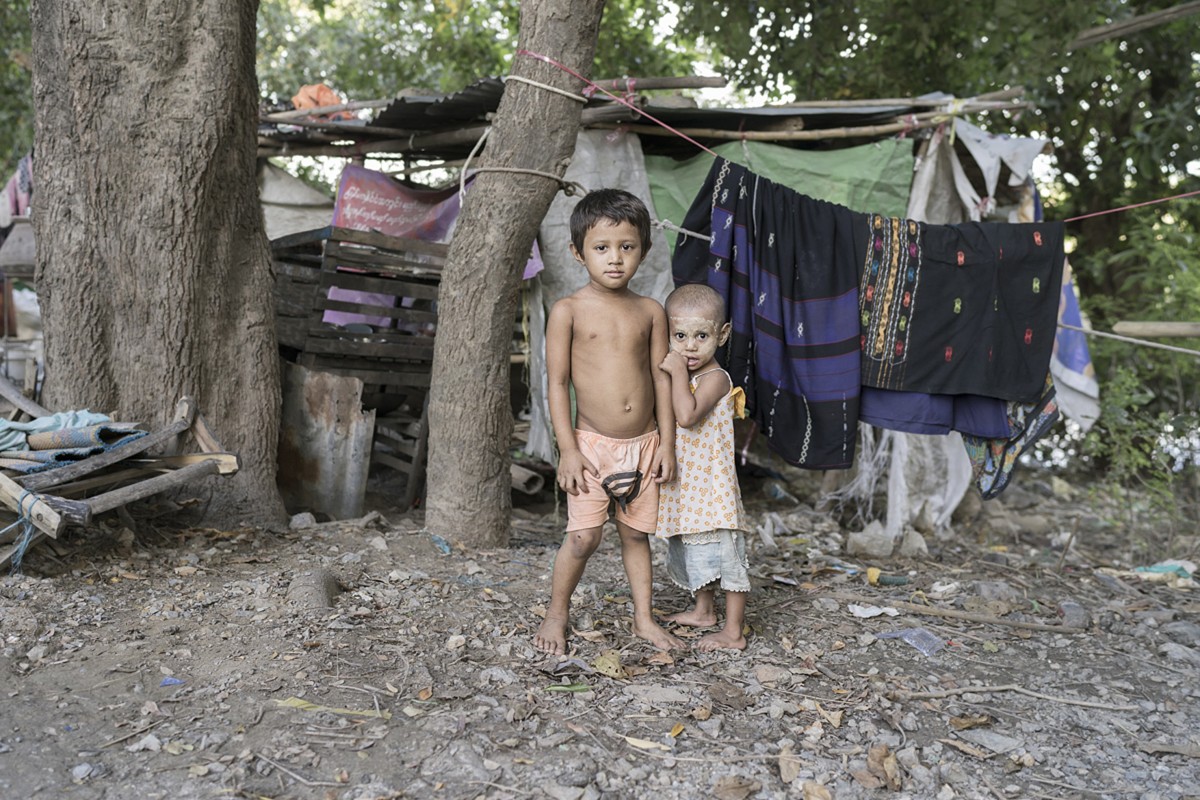 Bowen’s photos highlight the issues children growing up in poverty face – issues which the OneSky organisation tries to tackle.

When stories of child poverty are reduced to piles of reports and statistics, it can be hard to understand them on a truly human level. That, says Richard Bowen, is where photography comes in. Bowen, a former Hollywood cameraman, sees the lens as a powerful tool that can lift facts off the page.

“[Photos] give people an emotional connection with children … they let you see the kids as real kids. Even though you only see them in photos, you may go ‘Wow, it’s not just the facts and figures, it’s actually a real human being looking at me’,” says the 68-year-old from the US state of California.

He adds that neither images nor figures can make an impact on their own; they must work together. The facts arm you with the information and what needs to be done, while photos and videos motivate you to actually do something.

A centre will be opening in Hong Kong to help needy children.
Photo: Richard Bowen

Bowen’s humanitarian work began around 20 years ago, with the arrival of his daughter. He and his wife, Jenny, were deeply moved by the growing number of abandoned baby girls in China – a result of the country’s one-child policy and a cultural preference for sons.

Their research on the issue led to them adopting a child of their own.

“The first daughter we adopted was in a really bad shape coming out of a Chinese orphanage. She had all the things wrong with her that were typical of kids from orphanages that time,” Bowen recalls. “We were quite worried about her, but we just gave her all the love and attention we possibly could and we watched her completely turn around and blossom.”

For more of Bowen's work on the truth of child poverty, click here

But the Bowens found themselves sharing the same thought: “We can’t adopt every child from every orphanage, but surely there must be a way to give them what we are able to give our daughter.”

The idea came to fruition two years later, when Jenny founded OneSky, an organisation that works with local communities to provide early care and education to children up to the age of six.

Starting with two pilot programmes in the mainland cities of Hefei and Changzhou, OneSky has since expanded to Vietnam, Mongolia, and as of this summer, Hong Kong. Throughout this journey, Bowen has kept his camera close at hand to capture those all-important visuals.

A picture is worth a thousand words, and putting a face to the problem does what reports and statistics cannot.
Photo: Richard Bowen

Earlier this month, 40 of his photographs were displayed at an exhibition called “Meet the Future” at Exchange Square in Central. The photos show children from the mainland, Vietnam, Myanmar, Mongolia, and Bangladesh. Most of them stare directly at the camera, meeting the eye of the viewer.

“What I try to do with these pictures is really show the potential of the kids,” says Bowen. He adds that while his photos highlight the challenges that the children face, he tries to present them with dignity, and never pity. There are no candid or stolen moments, only sharply defined portraits.

For each new project, Bowen starts by figuring out where his subjects are most likely to be found. In Bangladesh, he spent a lot of time in train and bus stations. In Myanmar, he visited small, rural villages.

Once, when he was shooting in Dhaka, the Bangladeshi capital, he noticed that young children that ought to have been in school at the time were wandering around on the streets. Within moments, he found himself the centre of attention, like some sort of Pied Piper figure.

“Everywhere I went, I collected this group of kids that would follow me everywhere,” Bowen says, remembering how he had to jump into his van and drive a few blocks away every 15 minutes, because he couldn’t get anything done otherwise.

His biggest piece of advice when it comes to photographing young children is to “get down on their eye level, don’t ever shoot down on them. That’s one of my only rules.” The viewer needs to see the child as their equal, says Bowen.

This summer, OneSky will open a new centre in Hong Kong’s Sham Shui Po district. The P. C. Lee OneSky Global Centre for Early Childhood Development will be equipped with learning facilities and a community drop-in clinic. It is expected to serve more than 3,500 children in the area.

“According to most of the recent science, the first five or six years of a person’s life can set the tone for the rest of their life. The nervous system is being wired together … [they are developing] language skills and the ability to form relationships,” says Bowen.

“Having a centre to serve at-risk children in Sham Shui Po – that will also serve as a training hub for our approach to early childhood care in the Asian region – is a big step for us.”

Réhahn, whose photography has appeared on National Geographic and BBC, celebrates ‘Ageless Beauty’ across Vietnam

Photojournalist Nicole Tung on what inspires her to cover conflicts such as the Arab Spring, Occupy Central, and Europe’s refugee crisis