Professor and educator Brian Cox on youth standing up and speaking up for humanity, political activism and why science is helpful for all careers

Ahead of the Hong Kong date of his live world show, Brian Cox spoke to us about the importance of science, and of speaking up 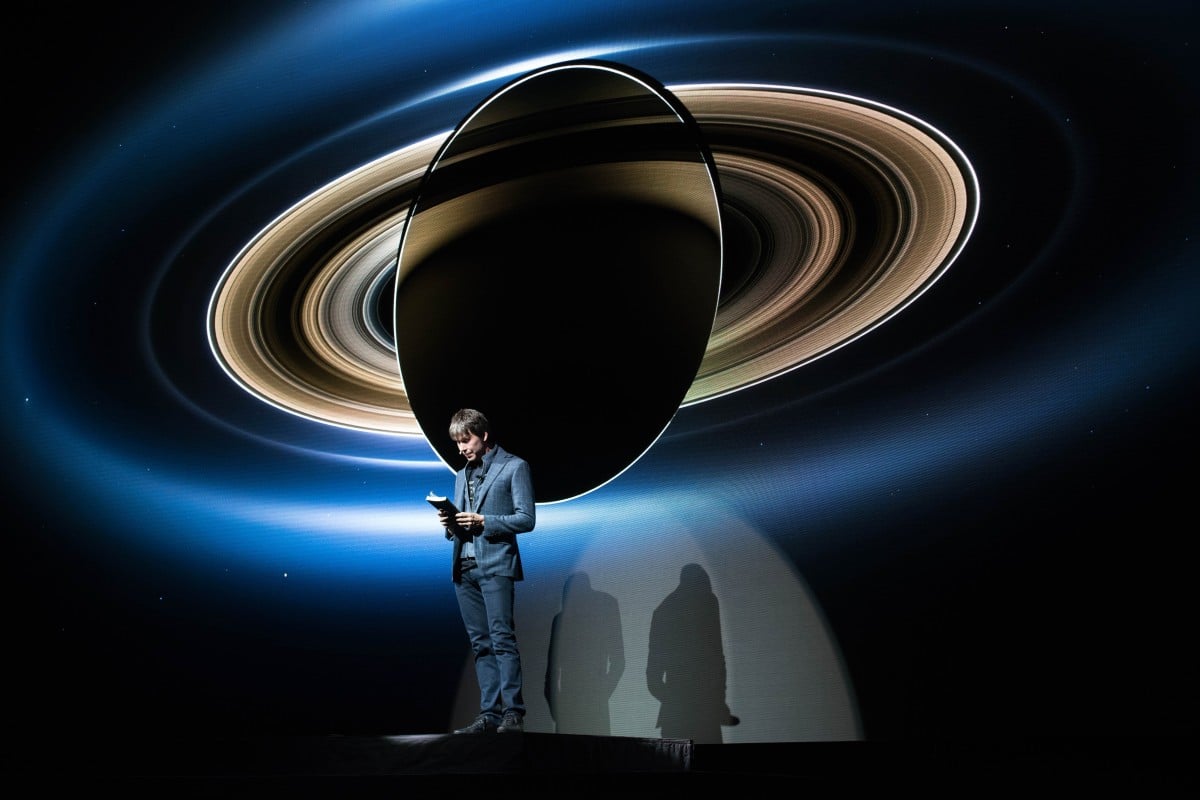 Brian Cox explains his love for physics to sold-out crowds around the world.

You’re doing exactly the right thing.” In an era when teenagers are being criticised for daring to speak up about the terrifying state of the planet, it’s reassuring to have support from some influential voices. Professor Brian Cox is one of those voices. The physicist and presenter was in the city ahead of his live show on Wednesday, part of his Universal world tour. He swung by Young Post HQ to talk about space, stars, and youth activism.

In his laid-back outfit of black jeans and a slim-fit tee, you’d be forgiven for thinking Cox was the member of a band your parents used to listen to, and not the multi-hyphenate physicist-cosmologist-lecturer-TV presenter-author he is. (You’d be sort of right – Cox started his working life as a keyboard player in British pop rock bands Dare and D:Ream in the 1980s.) But this is part of his appeal: he isn’t a stuffy old bloke in a white coat. He’s made it cool to be interested in science – he set two Guinness World Records for the number of tickets sold for his previous tours – talking about it with such verve to convince even the least “sciencey” people to take an interest in the natural world.

His show, part of his first world tour, uses state-of-the-art graphics, and images from space probes as a backdrop to his discussion of the nature of space and time, black holes, and the possibility of extraterrestrial life.

Before we got onto the issue of the climate emergency, we talked about why he considers science to be so important.

“I’d say that science is the way that we acquire reliable knowledge about nature,” he said. If we want to understand the world around us, we need to accept that a lot of our ideas will be wrong, but that that forces us to continue questioning and investigating until we find better answers. “That thought process, it’s a life skill, being delighted that you’re wrong,” he says.

“Studying science is good for the individual, it’s good for the soul, even if you’re not going to be a scientist, because you learn to be delighted to be wrong.”

He adds that being exposed to a scientific way of thinking can help you, no matter what your interests or career goals are, because the “great skill” of being delighted when your world view is inaccurate means you can rule out that view, and grow.

Cox goes on to say that some exposure to and experience of science is essential for everyone, whatever your future plans.

“Virtually any career can be enhanced or enabled by studying science, because … it’s one of the necessary ways of thinking. You broaden your mind and your skills by being exposed to that way of doing things.”

What’s more, Cox, who is the host of the new BBC series The Planets, is strongly opposed to the idea of separating science and arts subjects, or having to choose between studying one of the other.

He says, “All these so-called different branches of human endeavour – music, history, literature, science, whatever – these are different ways of understanding the human condition, what it means to be human, the human responses to the world.

“I think that it makes no sense to carve them up into silos [isolated subjects].”

His range of exploits – he has presented numerous TV and radio shows, acted as the science adviser on the 2007 sci-fi film Sunshine, and even appeared (as himself) in an episode of Doctor Who – might suggest that he is more about the rock ’n’ roll lifestyle his fame and sold-out arena tours have afforded him than research and labs.

But speaking to him, or watching him on stage or screen, as he explains the importance of the discovery of gravitational waves, or the possibilities of space travel, put paid to that idea. His eyes widen, he turns his head at an angle, and a smile tugs at the corners of his mouth. You can’t fake that kind of passion.

The 51-year-old still teaches courses at Britain’s University of Manchester, and also works at the European Organisation for Nuclear Research (Cern). He was part of the group that in 2012 discovered the Higgs boson, a particle which is one of the most basic components of what makes up our universe. Cox described his part in this discovery as one of the most exciting moments of his career, and “absolutely fundamental to our understanding of nature”.

He is visibly thrilled as he talks about the most rewarding thing he’s ever achieved – getting his PhD – “because it’s the hardest thing that you [will ever] do … it’s the first time that you have to generate new research and defend it rigorously, and that teaches you a lot.”

He added, it “teaches you about integrity and about how to generate reliable knowledge. It’s so important in our civilisation in general that we understand what reliable knowledge is rather than just nonsense.”

Which brings us rather neatly back to the climate emergency, youth protesters demanding action, and the climate change deniers and sluggish governments that Cox has fervently criticised. When asked what he thinks of governments, schools, and parents telling students to stay in class rather than participate in events like the #FridaysforFuture school strikes initiated by Swedish teen activist Greta Thunberg, his irritation is immediate and his tone curt.

These are young people, he says, “who [have] looked at the evidence, and [have] decided, correctly, this is one of the central challenges of our time, and now they’re being politically active, which is another facet of growing up and being a functioning adult in a functioning society.

“So you would be entirely wrong to think that you should discourage someone from drawing, in my view, the right conclusion from the data, and then deciding to be politically active, and to act on that conclusion.”

As for those of you who are speaking up and begging the adults responsible for this mess to act, Cox has nothing but support.

“This is exactly the way you should be operating,” he says.

“You should be … trying to influence society because, first of all, you want our civilisation to persist, and you want the world to be a better place – and so you’re doing exactly the right thing.”

What is Ultima Thule and why is Nasa’s fly-by of the distant space rock so important?