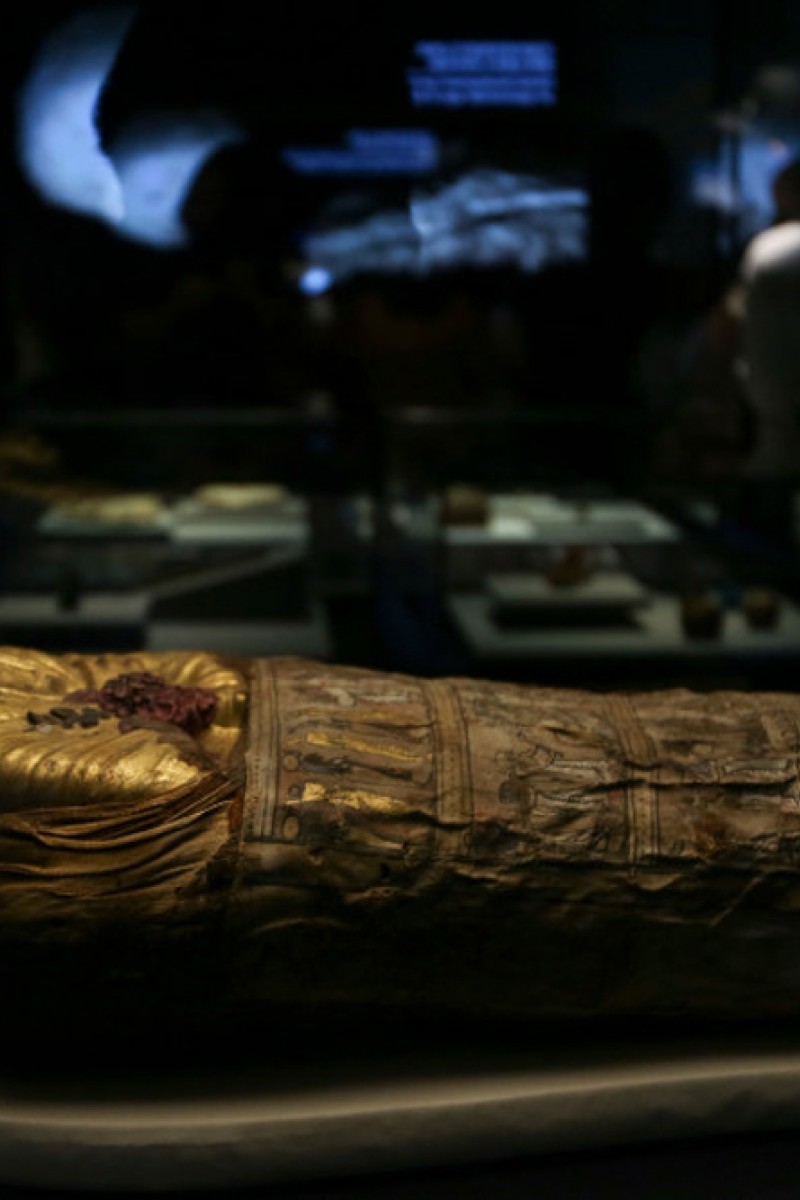 Mysteries of Egypt bared to the bones ... literally, thanks to British Museum and Hong Kong Science Museum

Discover more about a time long in the past at the Eternal Life: Exploring Ancient Egypt exhibition at the Hong Kong Science Museum, thanks to computerised technology 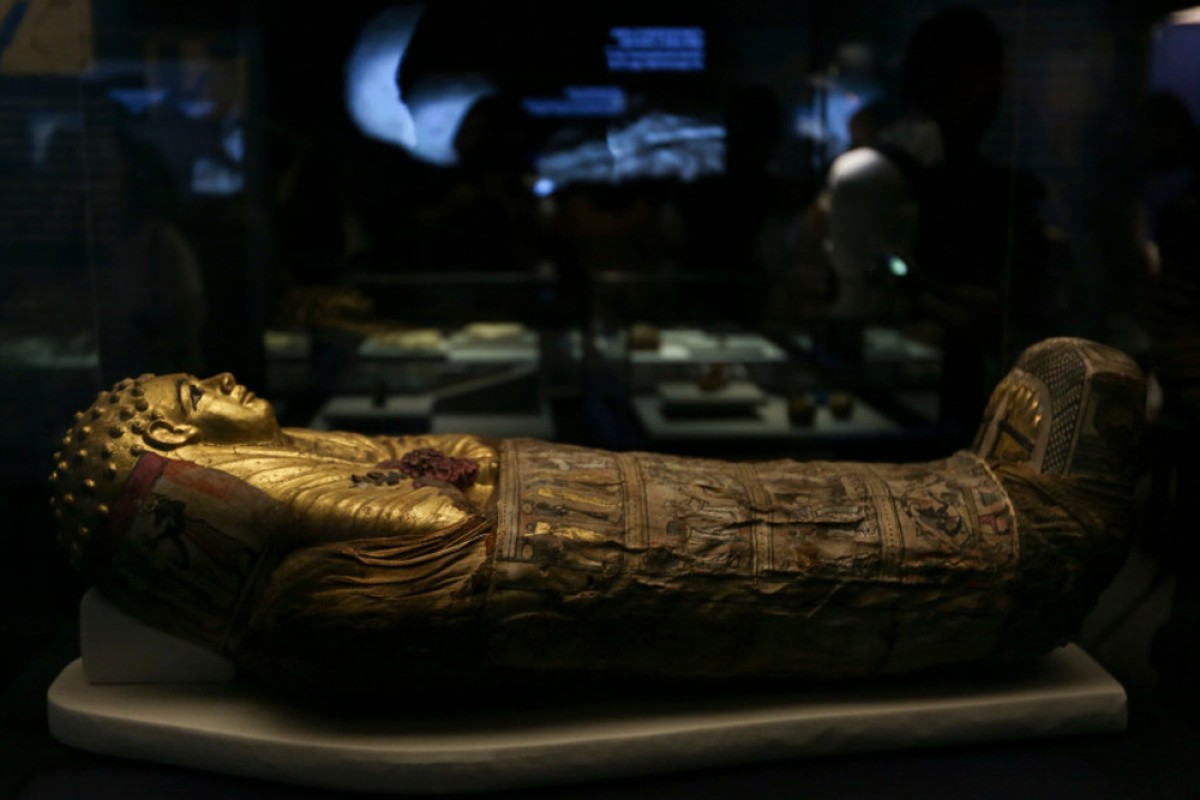 Museums get an unfair bad rep for being unengaging. People seem to think all you do is walk around to peer at ancient artefacts, bits of pottery, or something maybe from the Stone Age behind a glass box, read a brief description and then move on and repeat. There isn’t any interaction between you or the object, and it all seems a bit impersonal. That’s about to change, thanks to an interactive exhibition at Hong Kong Science Museum.

The exhibition, called Eternal Life: Exploring Ancient Egypt, is a collaboration between the Science Museum and the British Museum in London. It brings to life the story of six mummies, alongside more than 200 objects from an Egypt that’s long gone.

The exhibition opens with a presentation on how CT (computerised tomography) has been used by the British Museum to explore how people in ancient Egypt lived and died. CT scanners have been used to take more than 8,000 photos of each mummy to produce a detailed analysis of the dead person’s life.

Prepare for Tom Cruise starrer The Mummy with a little lesson in Egyptology. Kinda

“A CT scanner makes use of X-rays to take photos of the mummy’s body,” says the British Museum’s curator of physical anthropology, Daniel Antoine. “We used a Dual Energy CT scanner. The scanner uses two X-ray energy sources with different wavelengths, and rotates around the body.

“From the scans collected, there are thousands of two-dimensional X-ray images slicing through the body. They are combined using graphic software to produce three-dimensional images of what’s inside the mummy’s wrappings. These 3D models can be virtually cut for further analysis.”

The mummies themselves can be found in the main exhibition hall. The first is Nestawedjat, who, back in the 1960s, was assumed to be a man. Thanks to new technology, we now know she was a woman who lived in ancient Egypt around 700BC to 680BC.

On an electronic interactive screen, visitors can virtually peel back the different layers of the mummy – from the linens wrapped around Nestawedjat, to the resin, a plant substance, used to preserve her body, to the amulets that were buried with her, and finally to her actual skeleton.

The British Museum’s project curator, Marie Vandenbeusch, says CT is helping us to discover “more than what meets the eye”. We are learning new things about ancient Egyptians every day, like what their dental hygiene was like in a time when they didn’t have toothpaste. You can, for instance, zoom in on Nestawedjat’s teeth in the animation.

CT was also used to examine four other adult mummies, who all appeared to have led normal lives until their mid-30s and late 40s, at which point they died - this being well within range of life expectancy of that time.

Nestawedjat stripped down. CT scans revealed the secrets of this ancient mummy.
Photo: The Trustees of the British Museum

“The scans reveal they suffered from very poor dental health. Tooth decay and dental infections were found, which led to loss of teeth or even death,” Vandenbeusch adds.

The curators have also scrutinised other aspects of ancient Egyptian life, such as diet and how that impacted their health. We now know that ancient Egyptians mainly ate beans, fish, fowl, fruits and vegetables. Meat was treated as something for special occasions. So why, from this seemingly healthy diet, did some Egyptians die from dental infections?

The answer is that a lot of the food they prepared was often contaminated by bacteria from the soil or farming tools, and might not actually have been all that healthy.

Decorations on this young man's sarcophagus offered clues to what he might have looked like in life.
Photo: Xiaomei Chen/SCMP

Another interesting thing to take from the exhibition is the variation in the way the six mummies were sent into the afterlife. One of the mummies had been a Roman man who lived in Egypt from around 140 to 180 A.D. Most people had Egyptian hieroglyphics and decorative art on their sarcophagus, a coffin-like box that a mummy would be placed into. His had a wooden “mummy portrait”, revealing what the man may have looked like when he was alive.

The young man may have had dark curly hair, thick eyebrows and wide eyes. He did not have a beard. Thanks to CT scanning, we know that he was between 17 to 20 when he died, had been overweight and, incidentally, also had tooth decay.

That’s just the tip of the iceberg when it comes to learning about the ancient Egyptians at the exhibition.

Thanks to the use of CT and an emphasis on interaction, museum visitors will now walk away from this exhibition knowing a lot more about ancient Egypt than they did before.

The exhibition will run until October 18 at the Science Museum, and don't forget to check out our gallery that gives you a sneak peek here!