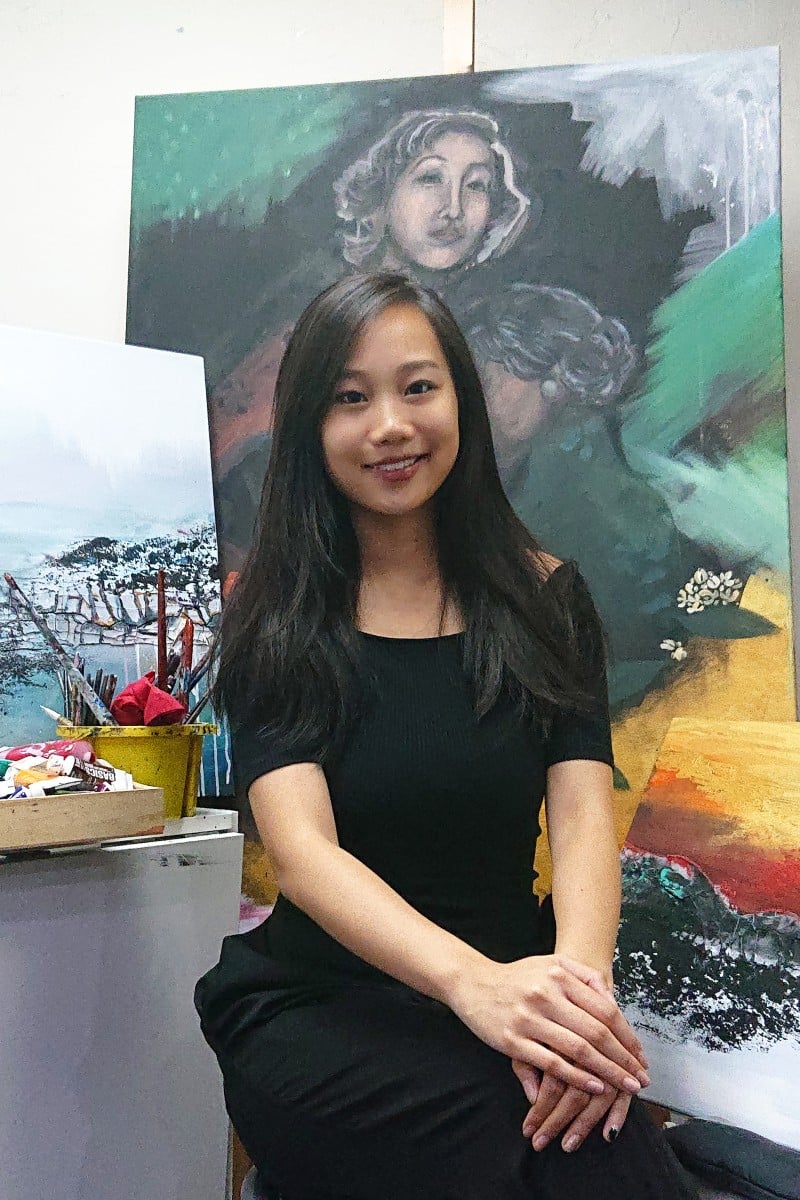 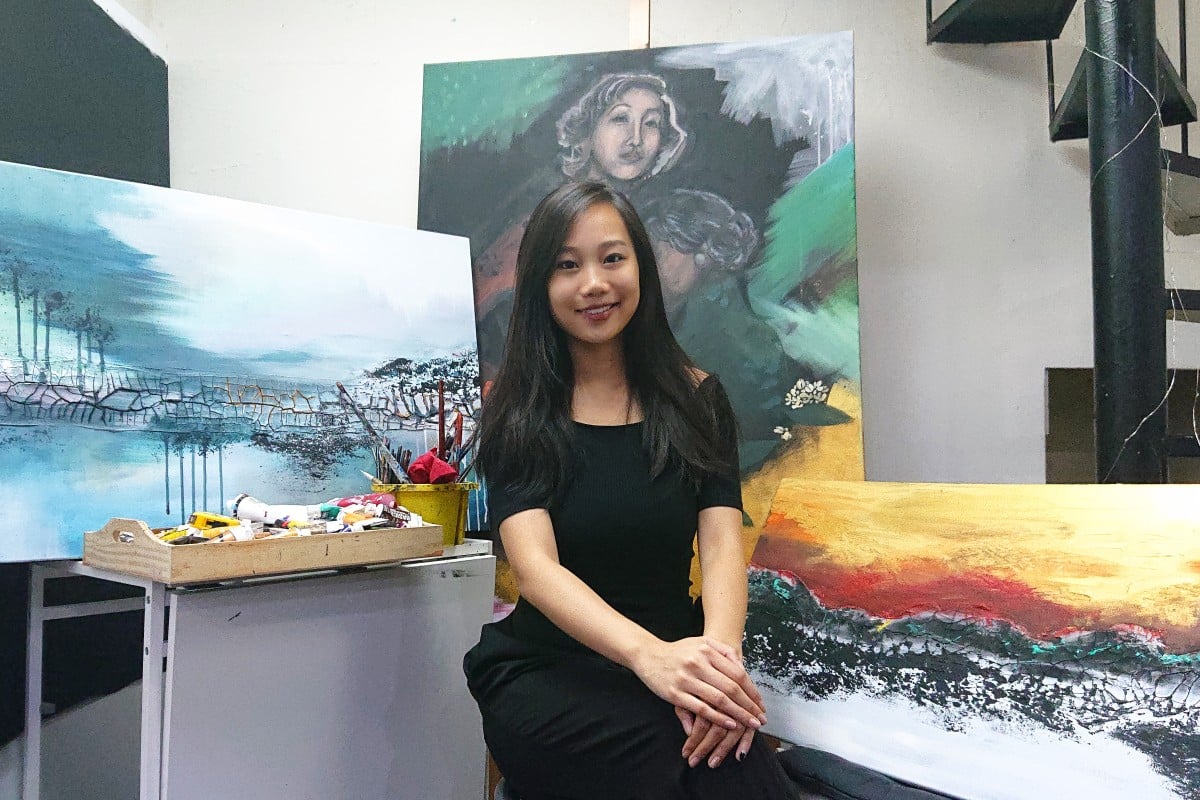 Liane likes to make use of flowers and cracks in her paintings.

If you’ve had a chance to watch the trailer for the upcoming Indian comedy drama Hichki , you may have noticed the protagonist Naina Mathur’s (Rani Mukerji) repetitive hiccups and twitches. Those sudden, involuntary movements and vocal outbursts, known as tics, are symptoms of the neurological disorder Tourette Syndrome or Tourette’s.

Local artist Liane Chu, 20, suffers from this disorder but, like the character in the film, she has not let her Tourette’s hold her back.

“When I focus on painting, it allows me to redirect my physical and mental energy. It’s like art therapy. It gives me the space to express myself,” Chu said.

The symptoms of Tourette Syndrome generally appear before the age of 18. Chu’s symptoms began when she was about six or seven. She would start shaking and screaming out of the blue, and her tics would get worse if she was feeling anxious or excited.

To calm herself down, Chu said, “my parents would ask me to close my eyes and take a deep breath.” It felt “dark and scary” at first, Chu said, but found, through closing her eyes, a space where her imagination could run wild.

“I can only imagine things with my eyes closed. That is why I must always start my paintings with a black canvas,” she said.

Cracks and flowers are common themes in her work, which revolve around emotions and life philosophy. By painting the possibility of life sprouting out of dirt, or flowers bursting through the ground, Chu said she wants to deliver the message of hope.

“These paintings symbolise that no matter how difficult life is, you can overcome the obstacles and be your better self.”

Although she uses cracks and flowers to represent different themes, be it a breakthrough, power, or hope, they always have some connection with positivity and motivation.

When Chu was younger, she tried to hide her disorder from her friends, but this became difficult as her symptoms worsened.

“My Tourette’s got worse after I started drinking coffee to prepare for my public exams. I spent the entire summer at home. It was a very difficult time.”

One of her close friends, she said, was shocked and scared to see her in such conditions, then she knew she could no longer keep her Tourette’s a secret.

Chu only made peace with her disorder after being inspired by something an acquaintance told her.

'I'm a Mess' singer Bebe Rexha on working with superstars, her unconventional entry into singing, and mental health awareness

“He said I should not treat my Tourette’s as my enemy, but instead regard it as a gift and my best friend. Because without it, I might not have devoted myself to painting.”

This made her realise something she had never considered before. “Having Tourette's does give me a lot of creativity, motivation, and energy to create non-stop,” she said.

They say love fades and roses dies, but painting last and the value increases overtime. But hey even if it fades and...

This realisation gave her the courage to tell her peers about her disorder; only then did she discover how understanding and supportive people around her could be. “Some of them found it strange at first,” she said, “but they have all accepted it now.”

As an artist one shouldn’t be afraid to express their true self, said Chu.

Lianne has showcased her masterpieces in several local and international art shows, including the Hong Kong Affordable Art Fair and the world’s largest fine art trade show, Artexpo New York. Her next solo exhibition, titled “Her Sense, Her Philosophy”, will be held on November 8. Her new paintings, based on the theme of Asian female writers and feminism, will be displayed at the Eslite Spectrum shop at Cityplaza in Taikoo.