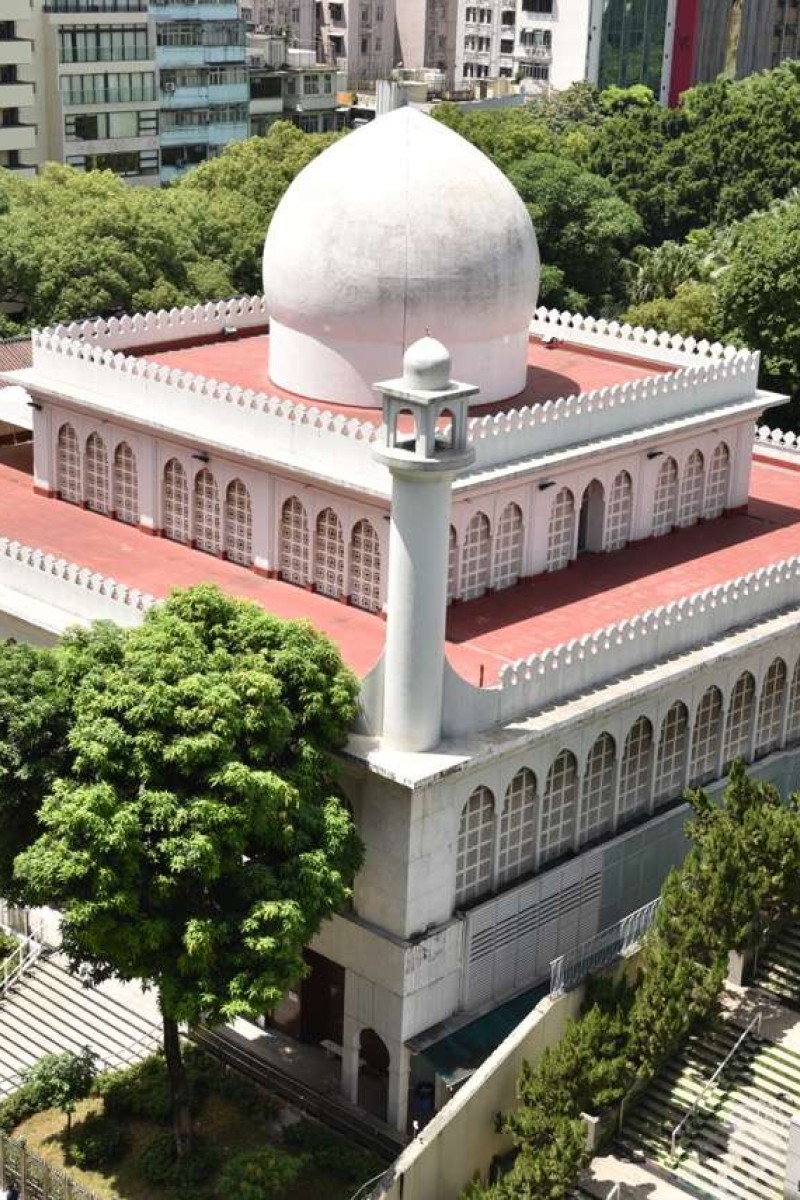 A lesson in Islam at the local mosque teaches YP junior reporters a lot more than just about the religion, it also revealed much about the culture 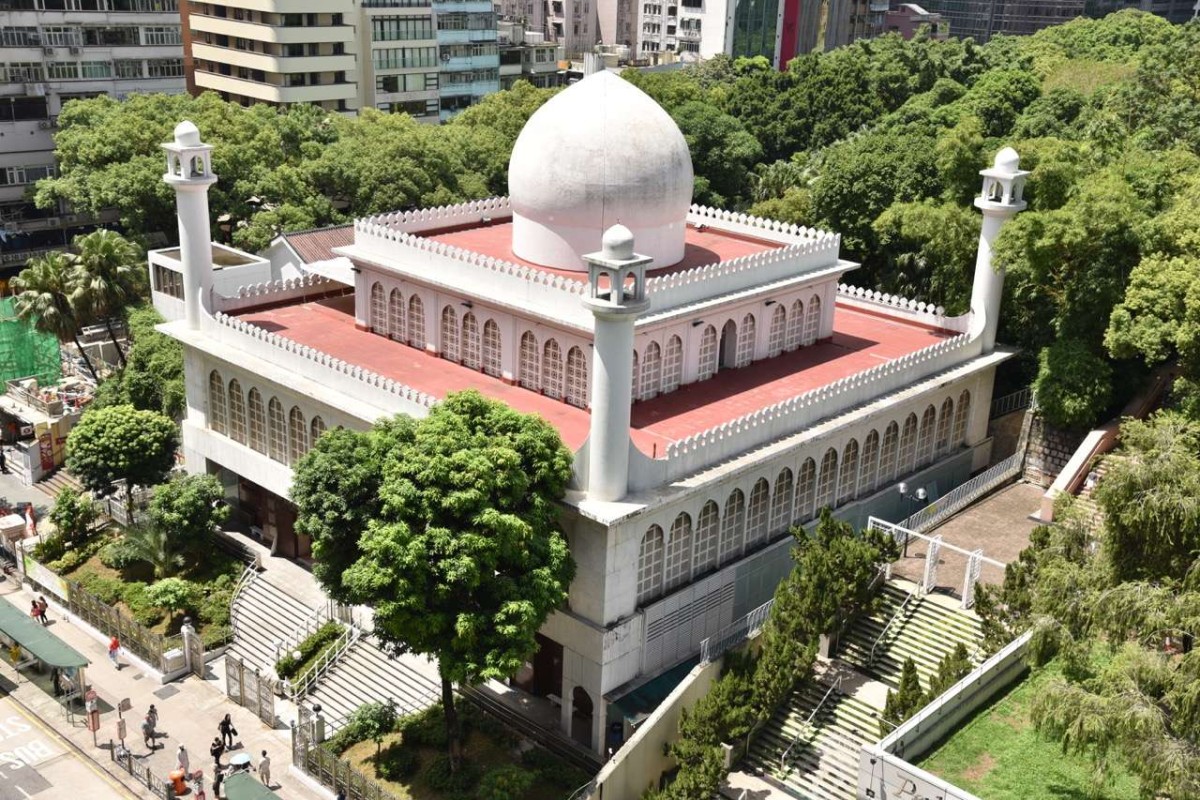 After going through the gate and climbing the stairs, we saw many pairs of shoes left at the door of the Kowloon Masjid and Islamic Centre, so we followed the customs.

The floor first felt cold and foreign – especially since it was just 14 degrees Celsius – but we were immediately greeted by an enthusiastic man from Saudi Arabia who asked us if we were Muslims. I explained that I hardly know anything about this religion, but he still welcomed us warmly.

We asked if we would be able to witness the prayer time inside the ornate, dark hall on the ground floor, but we were requested to stay outside of the hall.

Jasmine, a Hongkonger of Indonesian descendant, was kind enough to show us around. When we asked why non-Muslims could not enter the hall, she explained: “You are welcomed to join our prayer time even you are not Muslim, it’s just that the hall on the ground floor is for men, and the room on the first floor is for women, so please follow me to the first floor.”

We climbed the staircase to the first floor, where there were two rooms. The one on the left was the teaching room where children received Muslim teaching and Arabic lessons, while the room on the right was the women’s prayer room.

The women’s prayer room is not as fancy as the hall used by men, in fact it is like an ordinary classroom with some carpets and lockers. We didn’t dare to enter the room as we did not have the hijabs, or head scarves. But Jasmine invited us in anyway, so we entered, not daring to say a word out of respect.

“Hong Kong is my home,” Jasmine told us. “My kids go to school near here.” Every single day, she makes several visits to the masjid, or mosque, to pray.

Islam has long been stereotyped as a religion for people from the Middle East or ethnic minorities in Hong Kong, but many others believe in it, too. “We also have some sister who speak Cantonese,” said Jasmine. “Come visit our centre in Wan Chai, there are many.”

From Jasmine’s gratitude for the freedom we enjoy here, to the modesty symbolised by hijabs, to the fact that the head of the Muslim church in Hong Kong is Chinese – our visit was intriguing.

I was sitting on the floor instead of the carpets, as I thought that area was strictly for praying only, but then an old lady gently nudged me and said: “No no no, sit inside – here is cold!” It was the most heart-warming thing I heard that day.

We attended the 5.10pm prayer time, which started with a man speaking Arabic over the microphone. In fact, the entire prayer, which lasted about eight minutes, was entirely in Arabic. “ I don’t speak Arabic but this is the language which I can communicate with the higher power,” said Jasmine.

The close-knit community performed the prayers and gestures as one. There were many people, and Jasmine said: “I don’t know all of them, but we eat together like brothers and sisters.”

Of course the other stereotype that the world has of Islam is that it is a violent religion that creates many terrorists. Jasmine spoke sadly about the brutal acts happening in the name of Allah.

“I have heard some sisters discussing whether terrorism can help manifest the teachings of Allah, but I have never heard of ISIS recruiting members or supporters in Hong Kong,” she explained. “The Koran [our holy book] teaches us not to cut trees or hurt animals, it also teaches us to protect children and respect elders and to treat everyone equally.”

Before we left, Jasmine gave us a Koran in Chinese, encouraging us to learn more about Islam even if we don’t believe in it. We took back our shoes with the others and left in peace and smiles.

Muslim men and women arrive for a session of prayer at the Jamia Masjid Islamic Centre , or known as the Kowloon Mosque, in Tsim Sha Tsui.
Photo: Antony Dickson/SCMP

The world inside the Kowloon Mosque Islam is the world's fastest-growing religion, and has been a part of Hong Kong since the late 1700s. As Muslims settled in the city, they established their own communities and brought with them different traditions, such as Ramadan, the holy month of fasting, and festivals such as Eid al Fitr and Eid al Adha, adding to the multicultural landscape of Hong Kong.

Practising Muslims have a mandatory five prayer times a day, which are spread throughout the day. Muslims believe these prayers help them strengthen their relationship with Allah, or God. In Islam, the time for salah (the Arabic word for "prayer") depends on the sun, and varies throughout the year. There are many opinions about the exact timing of each prayer, but primarily Fajr is at pre-dawn, Dhuhr at midday, Asr in the afternoon, Maghrib at sunset and Isha'a at night.