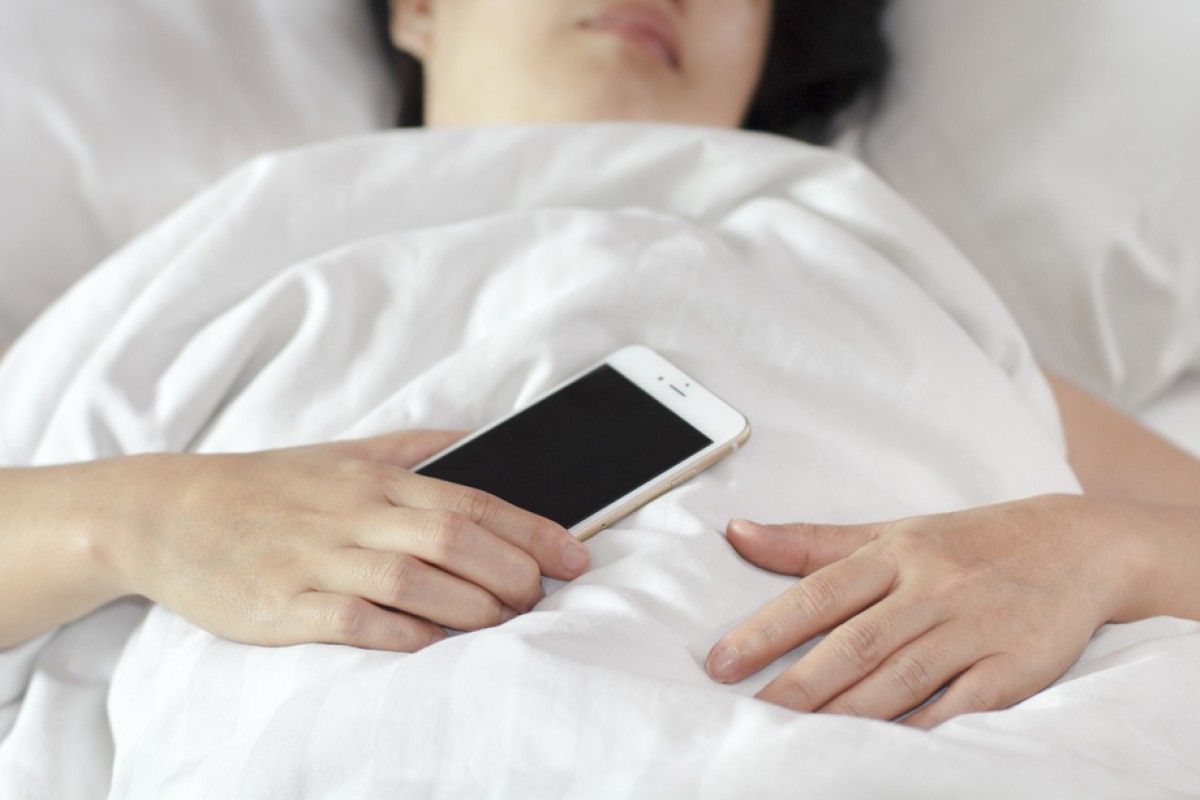 People are known to walk, talk and eat while sleeping. Now, there is sleep texting.

A new study from Villanova University found that the habit of using smartphones to message friends while still asleep — and having no memory of doing it — is a growing technology trend among adolescents and young adults. The paper, Interrupted sleep: College students sleeping with technology, was published in the Journal of American College Health.

“They are intimately attached to their phones,” said Elizabeth B. Dowdell, professor of nursing at Villanova University and the lead author of the study. Adolescents and young adults can average 60 to 100 text messages a day, she said.

While sleep walking comes from the body’s internal signals, texting while sleeping is usually prompted by external sounds, Dowdell said.

It’s the buzz, beep or tweet that makes the person automatically reach for their phone. That sound gives them a sense of happiness, she said.

The researchers interviewed 372 students at two Northeast colleges with an average age of 19.7 years — 75 per cent were women, 25 per cent men. All of the participants had a smartphone and 93 percent reported keeping their cellphone with them at night. One-third of respondents reported that they answered a phone call while they were asleep. Twenty-five per cent of the students admitted they texted while asleep. Of those, 86 per cent were women, the study found.

One student resorted to wearing mittens to bed to prevent sleep texting, Dowdell said. The text messages that were sent are more embarrassing than dangerous, researchers found.

“For most of them it is really silly,” said Dowdell. They are texting their friends or peers, not bosses or co-workers, she said.

Just search #Sleeptexting on Twitter or Instagram and you are likely to find some recent examples. Instagram user @adaptablekay recently posted a screenshot of her phone with a #sleeptexting message that read: “Reptar is made up of macaroni and cheese but it still coming to attack! Can’t get cheesy for yoga so just run.” She captioned the photo: “Apparently sometime in the past 3 to 4 days while I was sleeping my brain reverted to the 90s setting.”

Those who are over age 35 tend to use the phone very differently from young adults, Dowdell said. “When that phone becomes an instrument of work, it is not as much fun to use,” she said.

While sleep texting may seem funny, there can be a serious consequence: sleep deprivation.

Are you part of the phubbing trend? It’s time to get off your smartphone and interact with real humans

The majority of the study’s participants, and college students in general, were not getting enough quality sleep, Dowdell found. The late nights, early morning classes, and 24/7 nature of college life can leave students tired. Many report an average of six to seven hours of sleep a night. Sleep texting can interrupt their quality of sleep, she said.

“They have very erratic sleep schedules and sleep habits,” Dowdell said. The lack of sleep can affect reaction time, memory, test performance, emotional imbalance, and generally lower life satisfaction, according to the study.

While study participants reported they first started sleep texting during their freshman year, some stated they did it in high school, said Dowdell. She suggested parents have conversations with their children about the appropriate times to use phones and the importance of sleep.

Health care providers also need to start asking questions beyond “how much screen time,” and delve into when the technology is used and how it can affect sleep, she said.

There are ways to stop texting while sleeping. Dowdell said to turn the phone off for the night or at least put it on airplane mode so incoming texts won’t load until it is turned on in the morning.

“If the technology is truly interfering with sleep, it is okay to control it,” she said.