Campus Life: Four KGV Year 12 students on adapting to the unexpected, and the most memorable part of their trip to Morocco

When four KGV students organised a trip to Morocco, nothing was going to stop them from making the most of it. 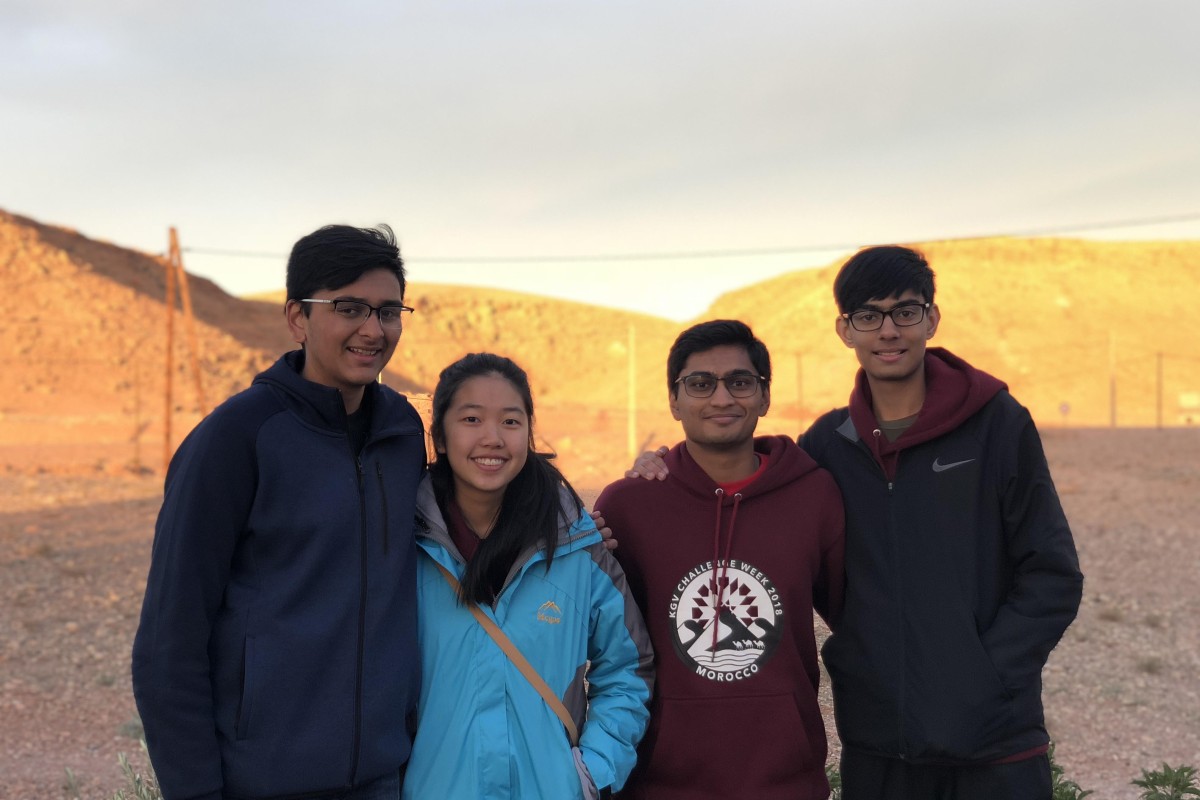 Riding camels at sunrise, watching shooting stars from the top of a sand dune, and relaxing in a hot steam bath ... it sounds more like a dream getaway than a school trip. But four Year 12 students from King George V School (KGV) made it possible for 24 of their peers.

The 16-year-olds were responsible for the entire trip, from booking the flights to making last-minute itinerary changes in the face of adverse situations – which, it turned out, there were to be a lot of.

Recounting the experience to Young Post, the teens described how very few aspects of the October 26-November 3 trip actually went as planned – starting with the weather. “One moment that’s hard to forget is when we got into a really bad landslide on the second day of our trip because of torrential rain,” said Harsh. “That was very unexpected because Morocco doesn’t normally have such extreme weather.”

The whole group was stranded in their bus on their way up to the remote High Atlas Mountains, and the student leaders had to call the service provider immediately to see what could be done.

“We couldn’t take the students up into the mountains because it was really dangerous,” Harsh recalled. So after speaking to the school and other students, the team agreed to abandon that plan.

5 ways to give meaning to your 2018 summer holidays, from food waste to peer support

Gabriella said the incident stood out in her memory, too, but for different reasons.

“I was amazed by my team’s determination to resolve the problem, as well as the fact that no one complained about the situation,” she said.

The students had initially planned to spend two days in Tighza valley – the mountainous region just outside the city of Marrakesh – building an irrigation channel and road connecting a local village to a mosque. Sadly, this activity had to be reduced to just two hours.

Volunteer in Africa: because big changes start with little steps

Wanting to make the most of the leftover time, Gabriella came up with an on-the-spot idea to split the students into two groups, so that they could take turns interacting with the local children and experiencing a traditional Hammam, or Morrocan steam room.

“We just had to keep adapting to the situation,” said Fudail.

While the group also missed out on the chance to visit Ait Benhaddou, an ancient fort situated on the road to Marrakesh, they were thrilled to visit the Sahara Desert.

The trip was more than just a normal vacation.
Photo: Rohan Ghosh

“We let the students free in the desert, and everyone was having fun,” recalled Rohan. “I felt their happiness and excitement, and that was when I knew our trip was a success, despite the unforeseen challenges.”

In addition to the stunning scenery, Fudail said he felt a special connection with the Moroccan people, who share the same diet, language, and religion as him.

Harsh agreed that it was the people they met along the way, as well as his fellow students, who really made the trip special. “The people that I met on this trip are people that I’m never going to forget.

We’d never met most of these seniors before this trip. So being able to befriend them, and maintain that friendship after the trip, was something that I found truly memorable.”