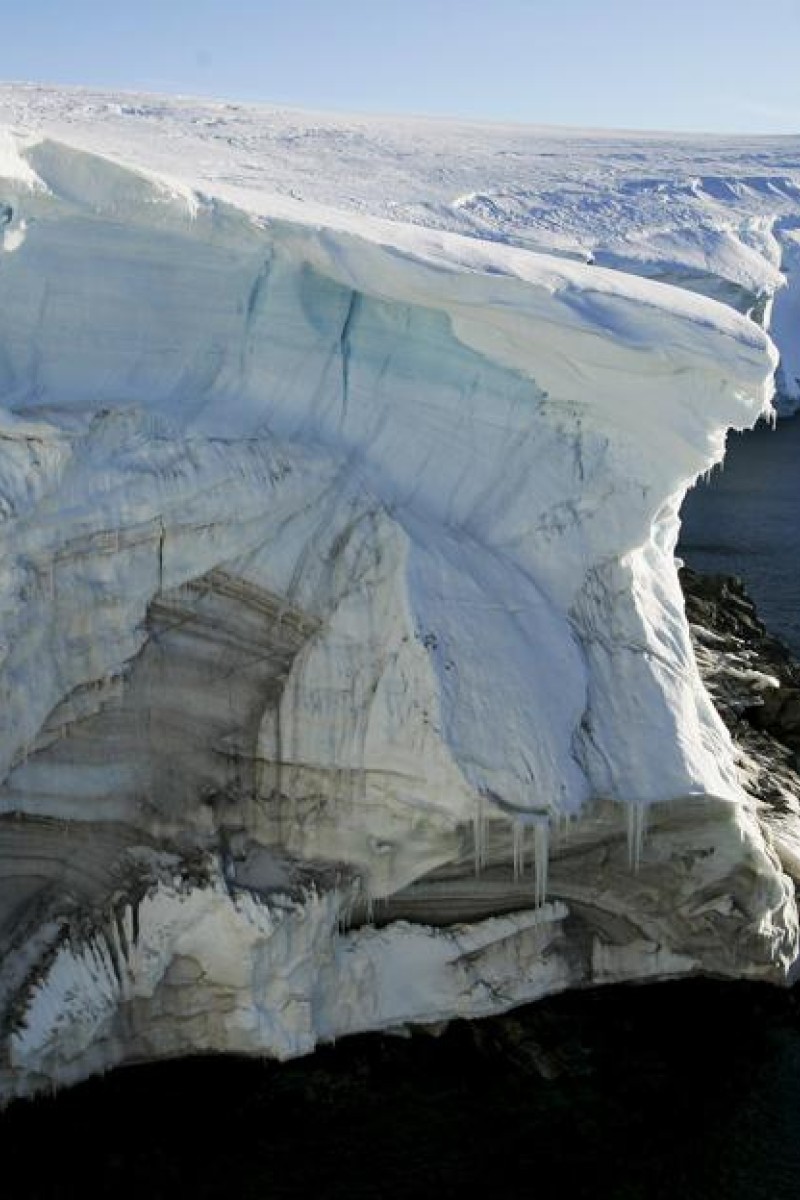 Some people believe that the Earth is flat, but a Chinese University physics lecturer says it is easy to disprove their claims The flat-Earthy theory holds that the Earth is a disc with the outer rim surrounded by a wall of ice.

There is a theory that the Earth is flat. According to this belief, our planet is like a disc, and not a sphere as we are told now. The flat Earth theory holds that the North Pole is the centre of the disc, which is surrounded by a wall of ice in the form of Antarctica. Beyond this point, there is endless ice.

What’s more, the sun and moon move in circles around the North Pole, with night caused by sunlight not reaching where we are. And according to the theory, gravity is caused by the disc constantly moving upwards.

Generally speaking, ancient cultures all over the world believed at one point or another that the Earth was flat. Egyptian, Greek, and Chinese philosophers and astronomers have all observed, calculated, or written about the world being flat.  It is believed that the Greek philosopher Pythagoras (remember his theorem?) was the first person to propose that the Earth was round sometime around 500BC. Although we cannot be sure whether he actually said it or proved his theory, the concept of the spherical Earth isn’t exactly “new” as is commonly believed.

In the modern age, organisations such as the Flat Earth Society and the Flat Earth International Conference exist online and hold in-person events. People on social media also sometimes talk about the theory at times  of astronomical importance, such as during the 2017 solar eclipse.

Photos taken by spacecraft show that the Earth is round.
Photo: AFP

While it may seem a fairly harmless theory compared to some other ones out there, the flat Earth theory conflicts with technological advancement – in particular, space travel.

While some believe the Earth being flat is unique in the universe and does not conflict with space travel, others think space exploration and events such as the moon landing are fake.  All of the flat Earth theory believers agree that photographs of the round Earth seen from space are fake.

Tong first explained why it seems so easy to believe. “The circumference of Earth is about 40,000km, which is very much larger than the distances we usually travel [may be less than 100km] in daily life. In a small scale of a several hundred kilometres, the Earth seems to be flat, and that is why we do not notice that the Earth is in fact round in daily life,” he wrote in reply to Young Post’s questions.

If the Earth was flat, gravity would be different and we would be dragged along the ground.

Mars could have enough molecular oxygen to support life, US scientists say

He also pointed out if the Earth were flat, the gravity on the planet’s surface would not be uniform; for example, a person living close to the “edge” of the flat Earth would experience a sideways (i.e. not downward) force of gravity that would pull his/her body along the ground back to centre of the flat Earth. “But this of course has never been observed,” Tong explained.

There is also the problem of the world having an edge. “The ‘edge’ of the Earth could be found easily. But nobody has ever seen the edge of the Earth, instead every piece of land or sea is connected to other areas and extends to all directions,” he said. This could only happen on a globe.

In addition, when you travel to the southern hemisphere, many constellations in the northern sky are no longer visible because they are now below the horizon. Instead you can see stars in the southern sky which are different.

Finally, he suggested students should do their own research on astronomy, space science, and even history. “Ancient Greek philosophers [for example, Pythagoras, Eratosthenes, Aristarchus, etc.) strove to discover evidence that the Earth is in fact a sphere, and tried to measure the circumference of the Earth and even the distance to the sun and the moon,” Tong concluded.