Karl Lagerfeld: Iconic designer of handbags and high fashion made his own rules 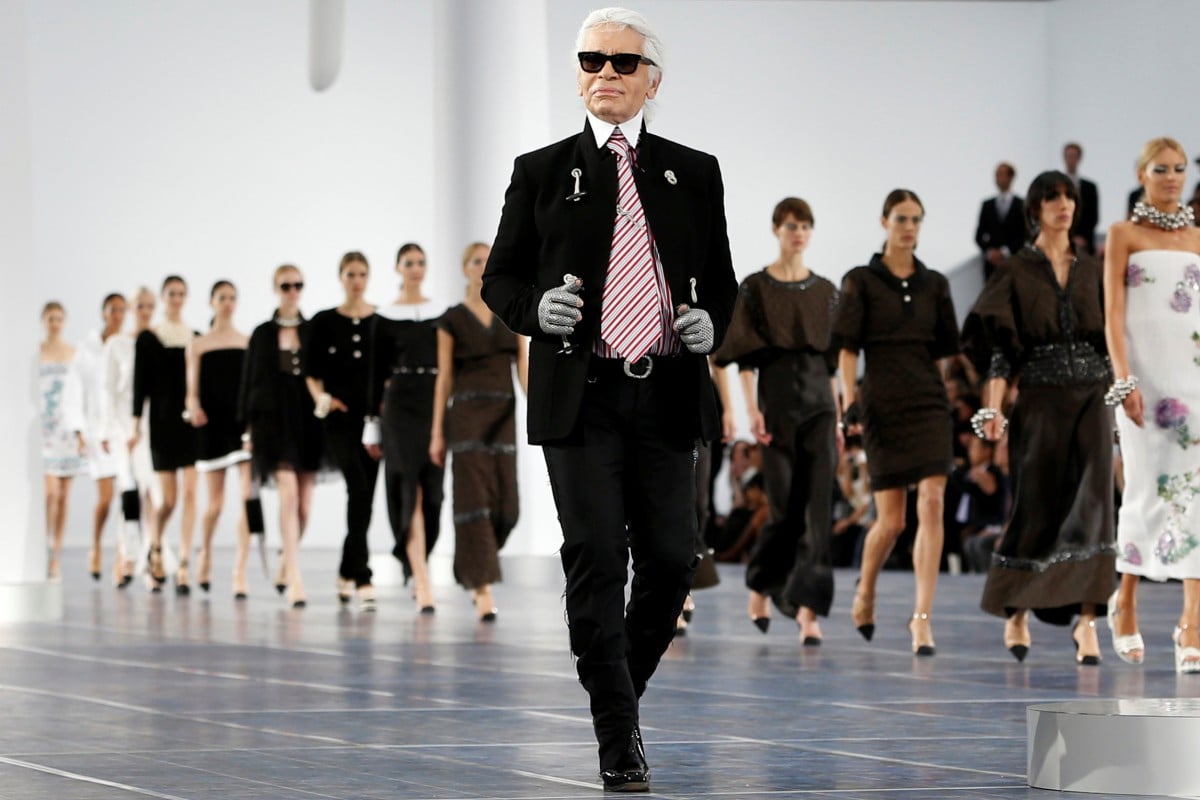 Karl Lagerfeld worked for Chanel, Fendi and his own label.

Karl Lagerfeld enjoyed the stature of a god among mortals in the world of fashion, where he stayed on top for well over half of a century and up to his death, at an age almost nobody apart from himself knew with to-the-day precision.

The German designer was best known for his association with France’s Chanel, dating back to 1983. The brand, the legend now goes, risked becoming the preserve of rich grannies before he arrived, slashing hemlines and adding glitz to the prim tweed suits of what is now one of the world’s most valuable couture houses.

But Lagerfeld, who simultaneously churned out collections for LVMH’s Fendi and his own label - an unheard of feat in fashion - was almost a brand in his own right.

Sporting dark suits, white, pony-tailed hair and tinted sunglasses in his later years that made him instantly recognisable, an irreverent wit was also part of a carefully crafted persona.

“I am like a caricature of myself, and I like that,” runs one legendary quote attributed to him, and often recycled to convey the person he liked to play. “It is like a mask. And for me the Carnival of Venice lasts all year long.”

His artistic instincts, business acumen and huge ego combined to commercially triumphant effect in the rarefied world of high fashion, where he was revered and feared in similar proportions by competitors and top-models.

A refusal to look to the past was one of his biggest assets, those who knew him said.

The designer mingled with the young and trendy until the last, pairing up with 17-year-old catwalk darling Kaia Gerber, daughter of Cindy Crawford, for a collaboration released by his Karl Lagerfeld brand last year.

His cat Choupette moved with the times too: the white-haired Birman, described by her social network minders as “daughter of Karl Otto Lagerfeld”, has more than 100,000 Instagram photo-network followers and a publishing deal.

Yet Lagerfeld also stood out as a craftsman. An accomplished photographer, he drew his own designs by hand, an increasingly rare phenomenon in fashion. Behind the facade, he was known for his erudition and penchant for literature, and he devoured the world’s leading newspapers daily.

Kaiser Karl and other nicknames

Though he long enjoyed confusing reporters by citing different years of birth, the one deemed the most reliable is Sept. 10, 1933.

Lagerfeld - dubbed “Kaiser Karl” and “Fashion Meister” among a whole host of media monikers - was born in Hamburg to a German mother and a Swedish father who imported condensed milk.

He spent early childhood tucked away from war in the 1,200-acre family estate in Bavaria and had a French tutor.

The big breakthrough came shortly after a move to Paris when, in 1954, he drew a wool coat that won a prize and landed him an apprenticeship with designer Pierre Balmain.

Lagerfeld was also an accomplished photographer and drew his designs by hand.
Photo: Reuters

Yves Saint Laurent, who went on to found his own label, won the dress prize. The two became fierce competitors and even rivals in love at one point, chasing the late Parisian society figure Jacques de Bascher.

Saint Laurent, who died in 2008, became the darling of high society and Lagerfeld leader of a wild-child younger group.

He first found real success in the mid-1960s with Chloe, the fashion label now owned by Switzerland’s Richemont and to which he was connected off and on until 1997.

But it was Chanel that propelled him to rock-star status, as he sexed up the brand and lifted its profile with grand runway shows. In the past year these have featured a full-scale beach and an enormous replica ship.

YouTube stylists 22e offer tips for guys on how to explore your personal style, have fun with fashion, and make it your own

Lagerfeld was as harsh with his fashion models as he was searingly critical of anyone he considered “not trendy”.

He fired his closest female friend, former Chanel model Ines de la Fressange, in 1999 after she agreed to pose as Marianne, France’s national symbol, without asking him first.

Occasionally his sharp tongue has stirred controversies, though he also had a flair for a good soundbite.

In a rare climbdown, he half-apologised to Oscar-winner movie actress Meryl Streep after once suggesting she had refused to wear a dress designed by him at an awards ceremony in favour of another she wanted to be paid to wear.

SCAD fashion students on creating a collection, the importance of prioritising, and knowing your strengths and weaknesses

Lagerfeld, who contributed as a cartoonist to Germany’s Frankfurter Allgemeine Zeitung, took a dig at Chancellor Angela Merkel’s pro-refugee stance in a 2017 sketch that blamed her for helping a far-right party gain parliamentary seats.

The designer was not afraid of breaking the mould within often-pompous fashion circles. He teamed up with high street brand H&M in 2004 for limited edition collections, a move that raised eyebrows and was then quickly copied by others.

His appearance changed over the years along with his affectations, such as a fan he at one time carried and fluttered incessantly.

Known to adore Diet Coke, Lagerfeld said he shed weight in the early 2000s to fit into the razor-thin suits brought in by Christian Dior’s then menswear designer Hedi Slimane.

In rare moments when he was not working, Lagerfeld retired to one of his many homes in Paris, Germany, Italy or Monaco, all of them lavish carbon copies of 18th-century interiors.