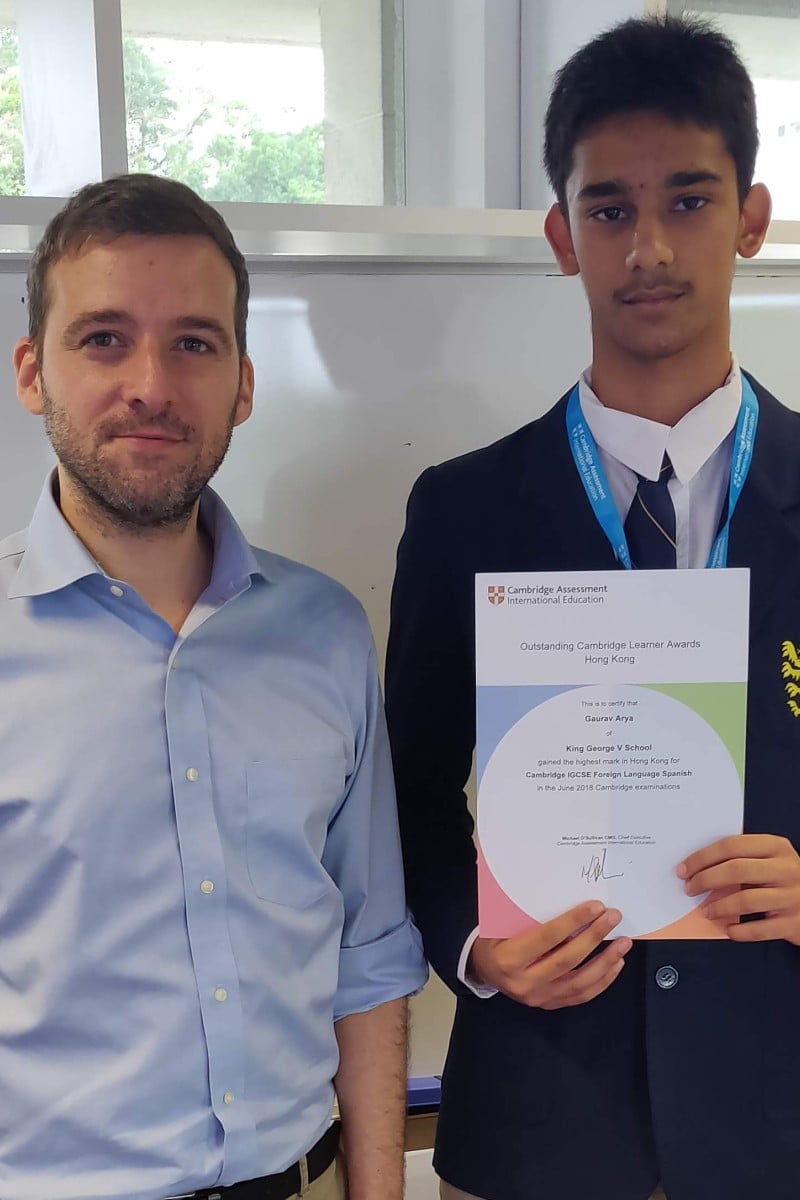 We talk to the top scorer in IGCSE Spanish about what drives him, and how to improve in the language 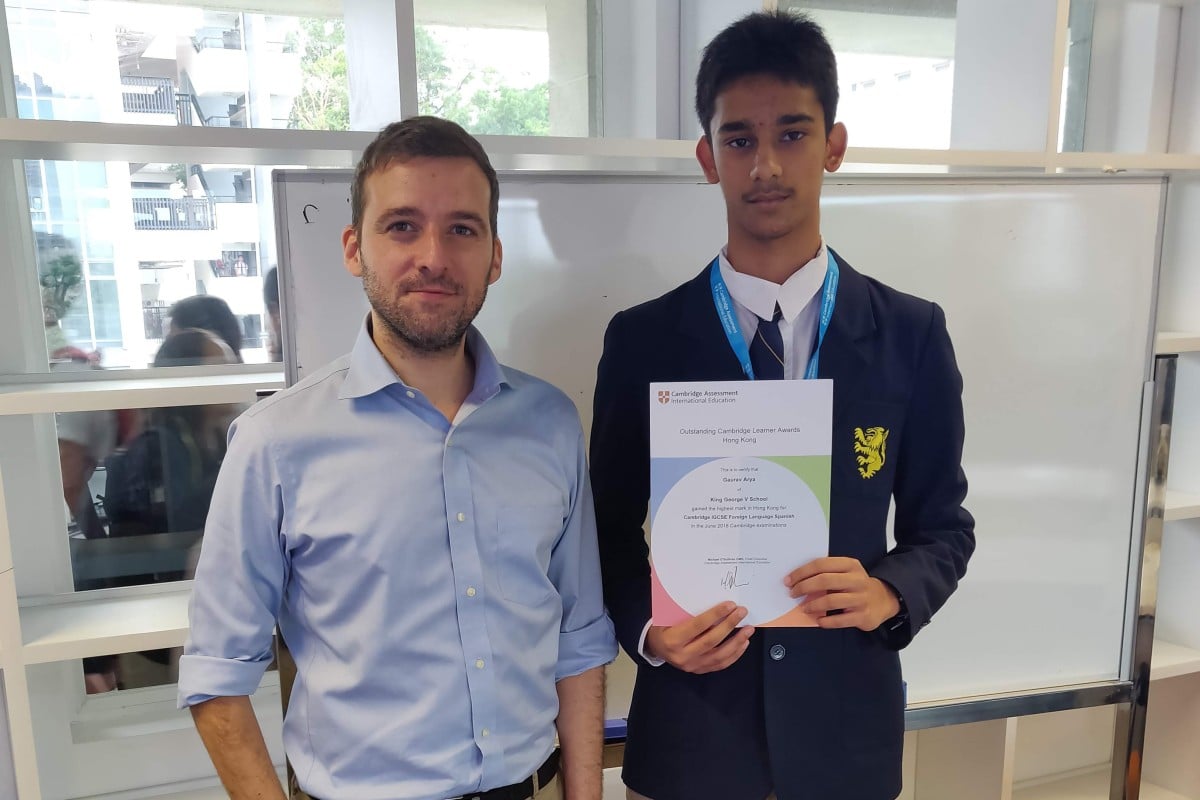 Gaurav (right) is grateful to have such a fun-loving teacher as Salva Conesa.

Apart from Spanish being the second most widely spoken language in the world, it is also relatively easy for native English speakers to learn, as the alphabets of both languages are very similar. But these are not the only reasons why Hong Kong’s IGCSE top scorer in Spanish is obsessed with it.

Picking up the language, he said, was almost “intuitive”, thanks to the simple way words are spelled and pronounced.

Spanish grammar is relatively simple compared to other European languages, Gaurav says. “There are fewer irregular verbs, which makes conjugation less challenging than it usually is.”

While the grammar rules make reading and writing easier for Gaurav, he did struggle a little when preparing for the listening and oral exams.

“I still remember hopelessly attempting to roll my R’s like a native ... It’s quite difficult to get the right accent,” he says. “Sometimes I’d also find it hard to figure out what the narrators are saying when I do listening papers.”

Leading Lights: HK’s IGCSE Music top scorer from WIS on how Chopin and Muse helped him excel, plus tips on how to ace the exam

But Gaurav overcame these obstacles by looking for additional online learning materials and – most effectively – by making Spanish learning fun.

“I managed to improve my listening skills by researching the variations in Spanish pronunciations across different countries, and by watching Spanish TV shows,” he said, recommending beginners start with the language education TV programme Extra en Español. Watching films with Spanish subtitles was useful, too, he adds.

Gaurav also recommends Spanish learners read Spanish newspapers and download language learning apps as well. “I would recommend El País or the Spanish section of theday.co.uk, or the app Lingvist,” he said.

Gaurav also stresses the importance of practising the language outside of lessons at school.

“Just spending 10 minutes a day to practise would help immensely,” he said.

“Learning a language is very different from other subjects. There isn’t a prescribed list of facts you need to memorise.”

Years of Spanish learning have strengthened Gaurav’s love for the language. Even when there are no exams, he immerses himself in Spanish word games and YouTube videos.

“I hope to visit Spanish-speaking regions of the world, and use my Spanish knowledge to engage with the people and culture there,” said Gaurav. He also wishes to study in the United States, a country where Spanish is the second most spoken language. His ultimate dream, he says, is “to one day be able to communicate fluently with native speakers”.

Ultimately what’s kept Gaurav committed is a real enjoyment of learning the language, thanks largely to his Spanish teacher and his “entertaining lessons, which often include fun online quizzes – as well as his tolerance of my cat’s frequent appearances in my writing assignments!”