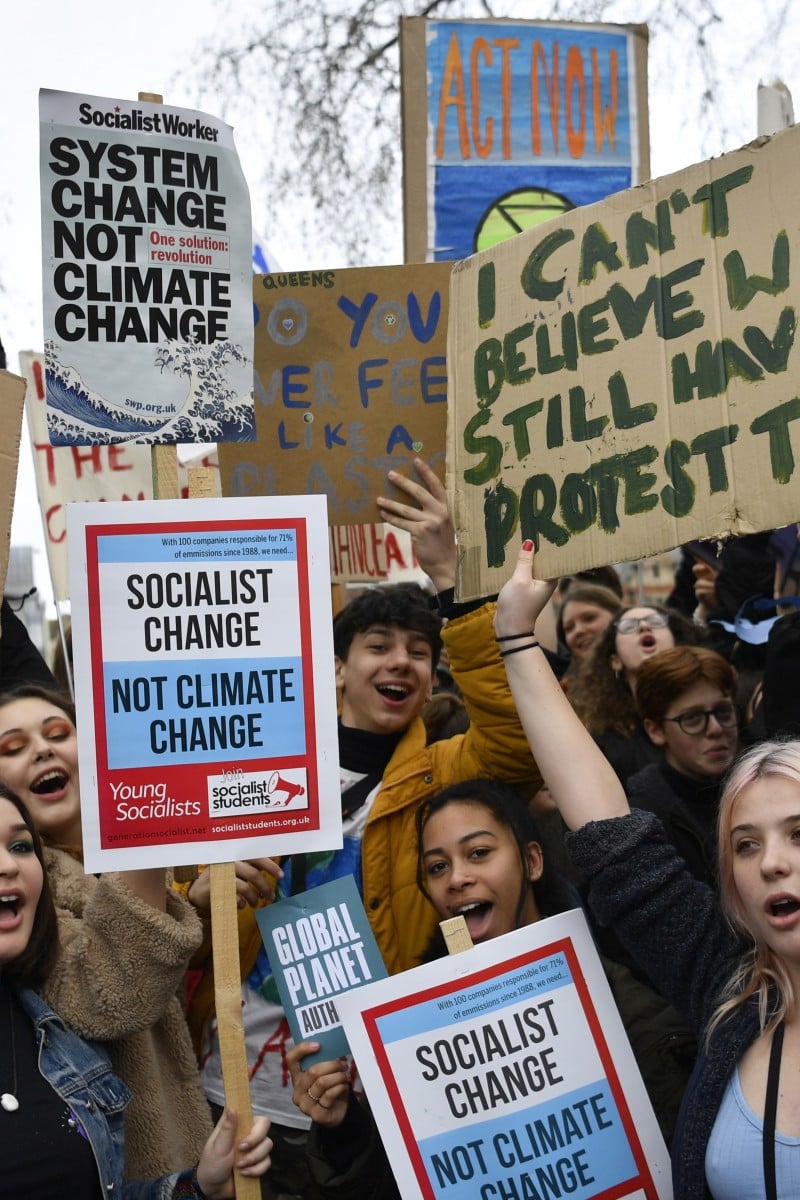 Don't criticise students for being part of protests like the #ClimateStrike; if they aren't striking, schools are failing to educate them 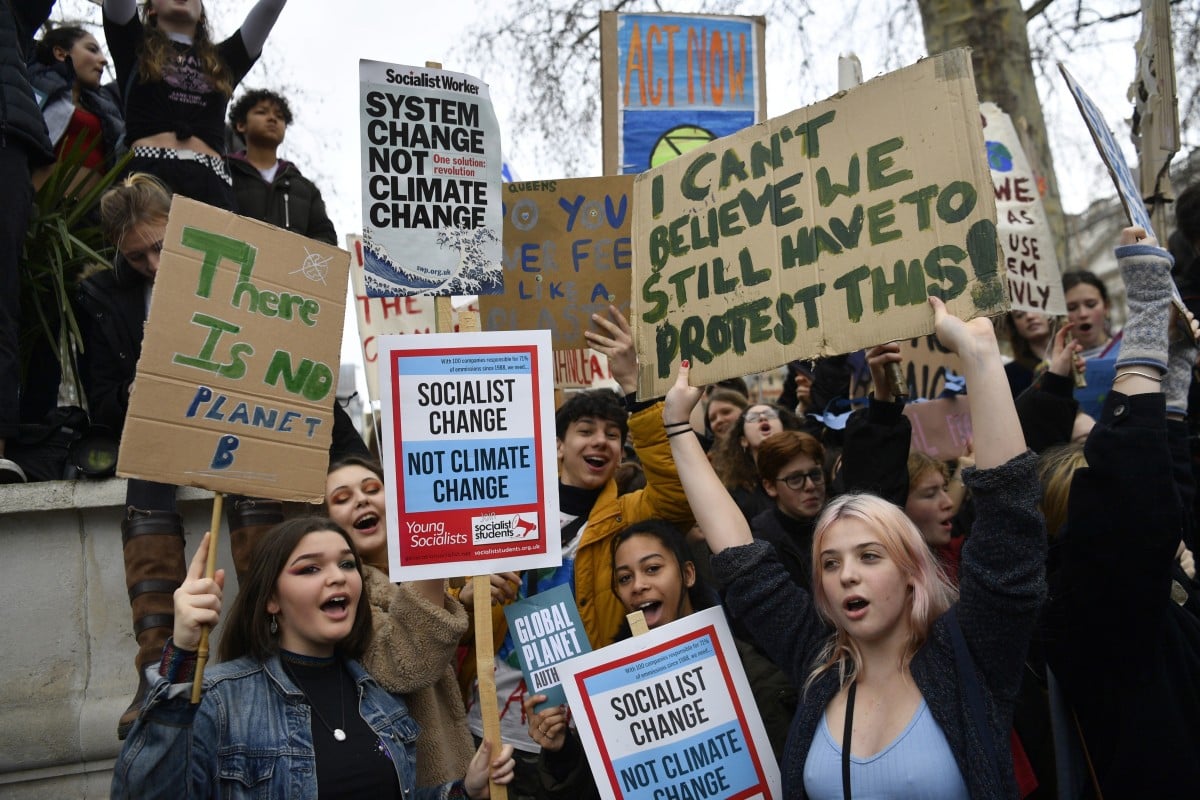 Students take part in a climate protest in London last Friday. If children don’t join the climate strike, their schools are underachieving, an environmental activist says.

There will be another large-scale school climate strike tomorrow, following a controversial walkout by students last month. I say controversial; the reaction in much of the grown-up media was perhaps better described as a reluctant obligation to be adult about the whole thing, while secretly cheering them on.

Even prominent Conservatives struggled to feign disapproval of this *wanton act of civic engagement by the next generation. Energy minister Claire Perry wistfully told the BBC she would have joined the walkouts in her younger years. She may take a different line if the kids keep it up – it is, after all, her department they are protesting against.

To my surprise, the most ardent voices of dissent have come from educators. In opposing the protests, education reformers such as Geoff Barton, general secretary of the Association of School and College Leaders, and Toby Young, the free schools evangelist, seem to have missed the point of efforts over the past decade to raise education standards. For what does excellence in education look like if it’s not pupils being engaged enough on issues such as climate change to do something about them?

About 1,000 marched in HK's #ClimateStrike to demand stronger climate change action from the government

Rather than calling schoolchildren truants when they show up for society in a way that puts the rest of us to shame – we should be using the strikes as a measure of school performance. In my book, any secondary school that doesn’t have pupils informed enough to join the protests is underachieving. Perhaps that sounds like irresponsible, progressive nonsense. But it is fully in line with the education policies that those opposing the strikes have spent the last decade championing in schools.

Under this government, the Department for Education has been zealous about the importance of promoting “character” in schools. This is the idea that, alongside formal learning, schoolchildren need to be developing traits such as courage, resilience, and determination in order to thrive in adult life. In lockstep with this agenda, the education sector has been near universal in its support over the past six years of a government-backed campaign to promote social action in schools as a way of building these traits and skills.

Educators had it right then. Social action – practical action to achieve social change – is shown to have a huge range of educational benefits for children who take part from a young age. It cultivates skills that are highly sought after by employers and aids well-being, while tapping into the natural motivations of young people, who care about social issues more than any other generation. This is why any truly responsible teacher out there should be supporting and encouraging their pupils to walk out of school. It is a golden learning opportunity – for the whole school, on an issue that can be drawn into subject teaching.

How to start start a youth-led movement like #NeverAgain MSD, #FridaysForFuture, and Thailand Education Revolution Alliance

The real problem with the climate strike is not a conflict between education and campaigning. Schools have been doing campaigns for decades. The problem is that this time, the children mean it – and this time, they’re doing it on their own terms. You see, politicians and grown-ups love the idea of young people being “active citizens” – as long as it is in a way that is obedient and upholds the status quo. Get your Duke of Edinburgh award. Pick up some litter. Do it at the weekend. What they can’t stomach is the idea that schoolchildren should have real power and agency on the issues they care about.

Greta Thunberg, who instigated the climate strikes, is 16 years old. Yet she has more acumen and conviction than the entire generation of adults who are supposed to be educating her. This is not how power is supposed to work. But she is not an outlier. As the director of Generation Change, I have seen primary school students as young as five and six debate the refugee crisis before deciding how they make a difference. I’ve seen teenagers on programmes such as Envision and City Year tackle social problems that politicians from all parties have failed to solve for decades. This is what education can look like when we don’t have such pitifully low expectations about the role young people can play in society.

In an age where children and teenagers have the same tools of achieving change as the rest of us, we will continue to see them take up power on the big issues of our time. This leaves us with a choice. We can either redesign education so that change-making is a normal part of growing up; or we can keep pushing young people to the sidelines of society and hope they’ll leave things to the grown-ups. Given the state of the world today, why on earth would we want that?

David Reed is director of Generation Change, a charity that promotes youth social action in Britain