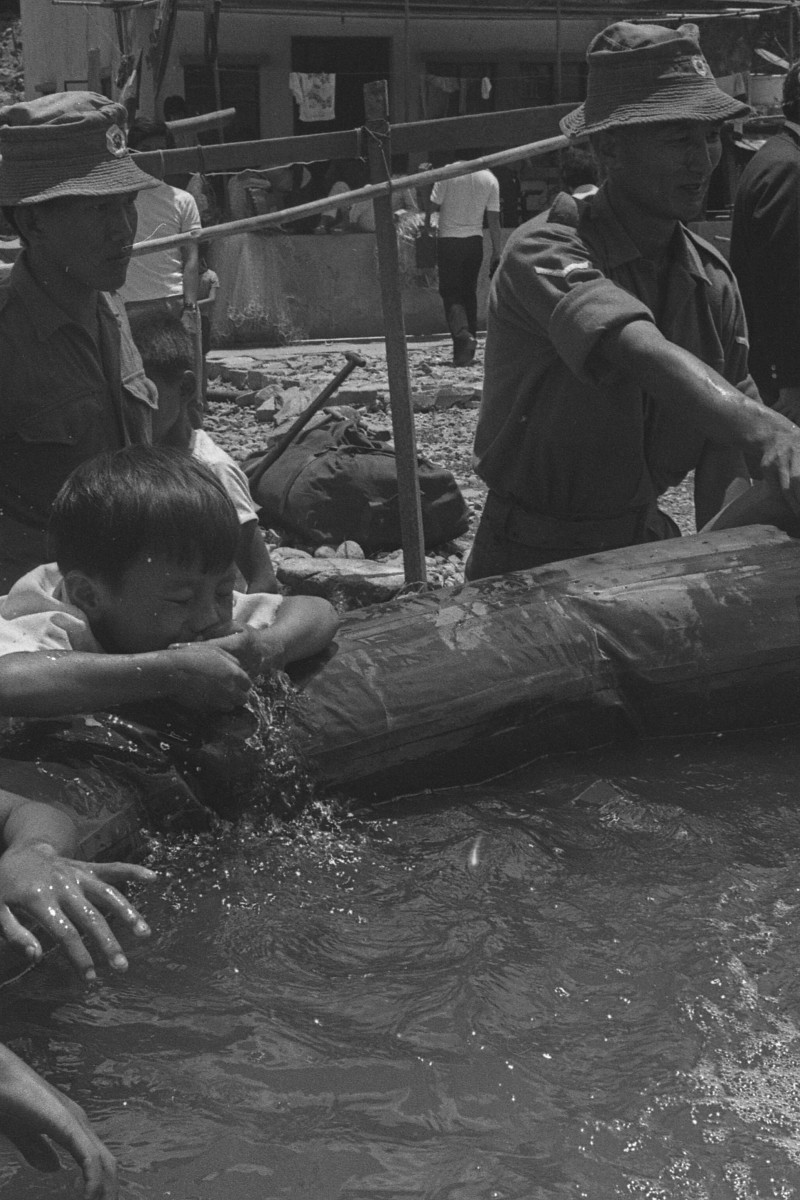 Known for their resilience and bravery, these soldiers were instrumental in protecting the city and defusing bombs planted during WWII 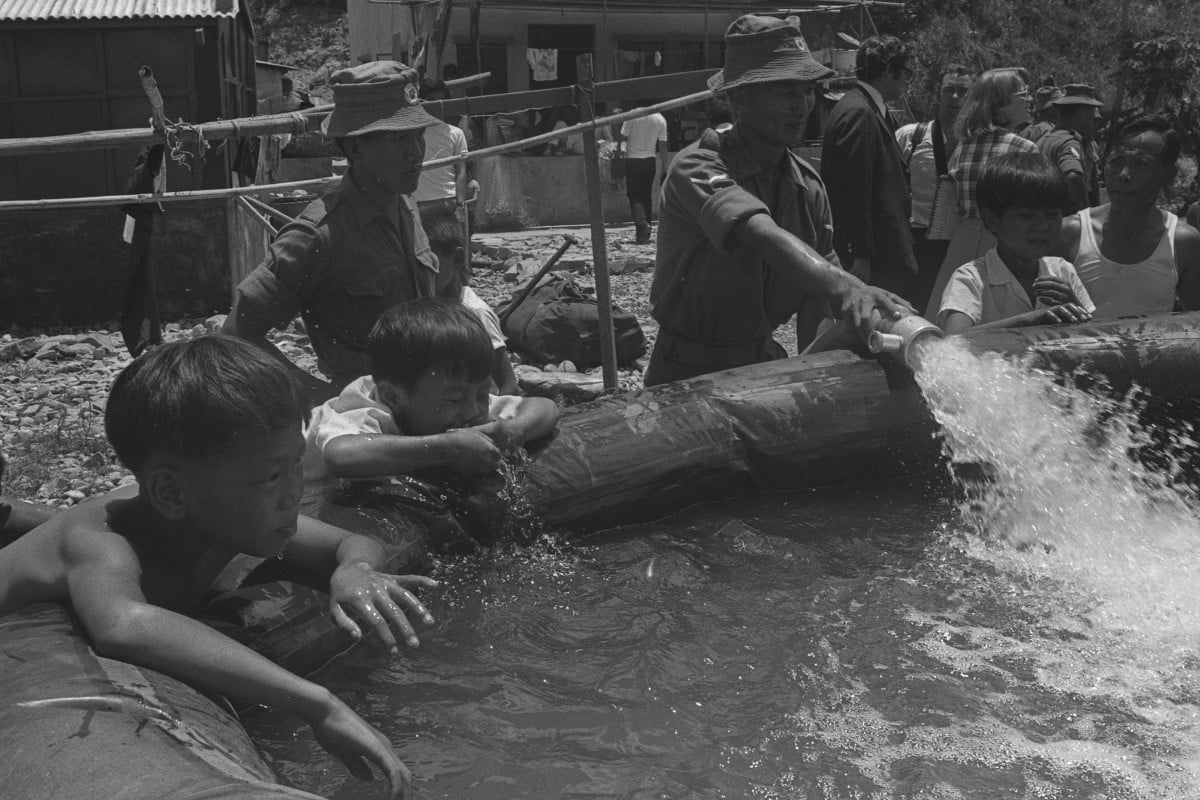 Months of severe water shortages ended for four Sai Kung villages with the delivery of seven Army emergency water tanks. Three of the 2,500-gallon tanks were shipped to the Leng Shuen Wan villages on High Island by a 415 (Maritime) Troop lighter. Pictured

On a cold evening in November 1996, a troop of Nepalese Gurkha soldiers from the Royal Gurkha Rifles gathered at their barracks in Hong Kong for the last time. Clad in traditional kits and carrying curved swords and knives, they performed their traditional kukri dance with heavy hearts.

On July 1, 1997, soldiers from the People’s Liberation Army entered the barracks, and Hong Kong returned to Chinese sovereignty, marking the end of 156 years of British rule in the territory.

The Gurkha soldiers’ roots can be traced back to the Himalayan mountains of Nepal. During the Anglo-Nepal war in 1812, their resilience during battle impressed the British soldiers so much, the two camps joined forces, rather than continue to battle. They played a crucial role in helping the allied forces win the second world war.

They first arrived in Hong Kong in 1948, after India gained independence. Their main role was to patrol the city’s ports to deter illegal immigrants from entering. But they also provided humanitarian relief during natural disasters, and maintained social stability in Hong Kong.

The Seventh Duke of Edinburgh's Own Gurkha Rifles conducting a re-familiarisation drill in Tsuen Wan. Pictured here are Gurkhas arresting their "enemies" in June 1978.
Photo: SCMP

“Their bravery and defiance is what made [the Gurkha soldiers] such an asset to the British army,” says Amod Rai, founder of the Gurkha Cemeteries Trust, an organisation that educates people about Gurkhas and their contributions to Hong Kong society. Rai’s grandfather was a Gurkha in Hong Kong.

Renowned for their resilience and bravery, Gurkha soldiers were held in high regard, both in Hong Kong and in their home country of Nepal.

Rai tells us that during the Cultural Revolution in China, a Gurkha solider was entrusted with crossing the Hong Kong border to negotiate with Chinese officials to release a British solider, after all other courses of action failed.

“If it wasn’t for him, there may have been a full blown war!” adds Rai. “Hong Kong could have been very different today.”

After the handover, the Gurkha brigade disbanded, and many returned to Nepal, and some migrated to Britain. Those that chose to remain in Hong Kong mostly did so because their children had been born in the city and were enrolled in school.

“Practically all of the Nepalese community members you see today are descendants of Gurkha soldiers,” says Rai.

Portrait of Amod Rai in 2015. He helps to educate the community about the Gurkhas and their contributions to Hong Kong.
Photo: SCMP

In addition to patrolling the borders, Gurkha soldiers also defused bombs planted during the Japanese occupation of Hong Kong.

“Defusing these bombs shouldn’t be taken lightly,” notes Rai. “Even today, while people are digging up sites for infrastructure development, workers might find large bombs. It costs millions to defuse them.”

Their training regimen is also – unknowingly – celebrated by running enthusiasts. Gurkhas ran what is today known as the Maclehose Trail – which wasn’t opened to the public until 1986 – as part of their regular training routine.

“We feel sad that the legacy of Gurkhas isn’t as widely recognised by those that take part in the race,” says Rai. “Our history often gets overlapped by other events.”

Because of this lack of awareness, Rai – along with other members of the Nepalese community – decided to organise the Gurkha Trailblazer race to commemorate fallen Gurkhas, and promote Gurkha history in Hong Kong. Its first event took place in January last year.

“The Gurkhas paved these routes, and we enjoy them today. It’s important to carry on their legacy,” he says.

Rai’s main hope is that the decades of contributions made by this community will be given the recognition they deserve in the city.

“Hong Kong students aren’t taught about Gurkha history at school,” he says. “Children from the community need to know about their grandfathers and great grandfathers that fought in Hong Kong.”