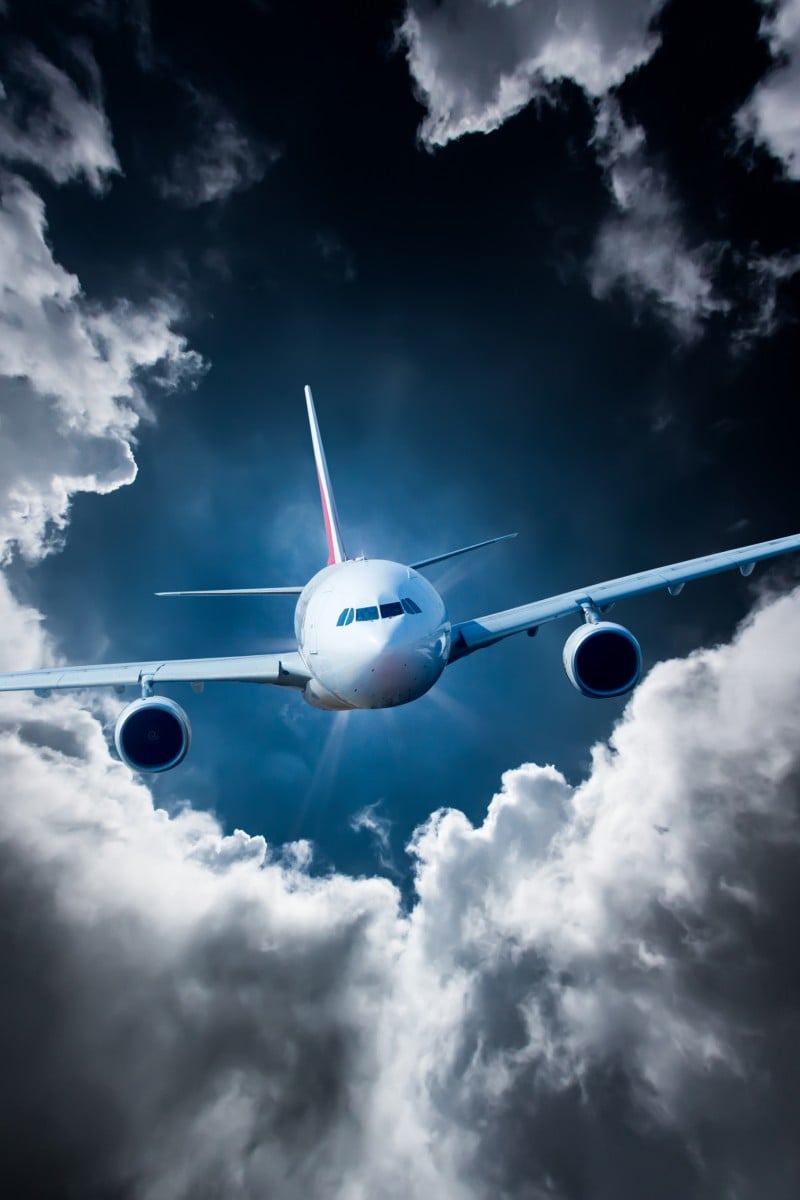 Turbulence is scary but it's no cause for alarm

You've made it through take off and you're just settling down for a quiet flight when bing-bong the "please fasten your seatbelts" announcement is made. Is it time to freak out? 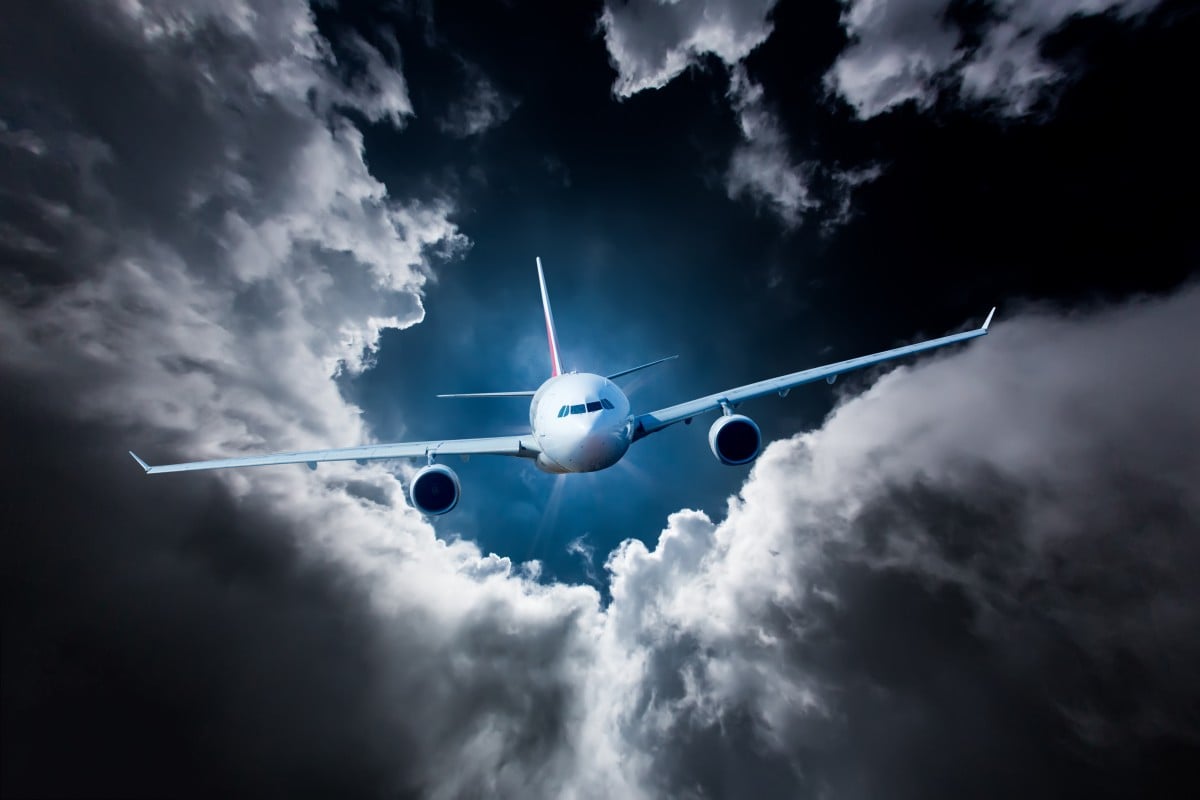 Patrick Smith made a list of the five things that worry him the most when flying. Bird strikes and cargo fires made the cut; turbulence did not.

“Most of us in the cockpit are thinking, ‘This is really annoying,’ and not, ‘I hope the wings don’t rip off,” said Smith, a commercial pilot who hosts the website Ask the Pilot.

Flight-crew members are not typically ruffled by turbulence; it’s one of their occupational nuisances. Smith describes bumpy air as an issue of “comfort and convenience over safety.” But, turbulence rattles many passengers, especially when untethered objects, such as drinks, snacks and electronics, briefly levitate. Take, for example, the recent incident aboard an American Airlines flight traveling from Athens to Philadelphia. The intense bucking resulted in 10 injuries and, according to social media posts by travelers, beverage-stained ceilings and seat backs. One witness described the plane’s motion as a “free fall.”

A passenger’s tense relationship with turbulence can cloud their experience. A nervous flier might compare the bobbing plane to a puppet on a jerky string or the Drop Tower theme park ride. But in reality, the plane is just shifting on its axis.

“The plane isn’t dropping or free-falling,” Smith said. “Even in relatively strong turbulence, a plane will barely budge from its heading or altitude.”

A boiling brew of meteorological, atmospheric and geological factors causes turbulence. For example, wind streaming over or downwind of mountains can unsettle the air. If you have ever flown over the Rockies, you have coasted on the “mountain wave". Jet-stream turbulence happens when the air current flows around high- and low-pressure systems; terrain-induced turbulence results from land formations that stir up the air, such as the mountain range surrounding Hong Kong International Airport. In summer, the ground can heat up unevenly, creating thermal updrafts capable of jostling a plane. Aviation experts call these scenarios “clean-air turbulence” and cloud-generated disturbances “convective turbulence.” With the convective type, you can peer out the window and shake a fist at the culprit (often an ominous thundercloud). With clean-air, you can only blame invisible forces.

Keep your seat belt fastened throughout the flight

To manage turbulence, pilots consult multiple sources of information. They receive weather forecasts and reports before liftoff and real-time intel from other pilots and air traffic controllers midflight. Using this data, they can determine which patches of sky and altitudes to avoid. In addition, new aircraft can automatically sense the turbulence at the moment of impact and report the details back to the ground.

“Pilots are becoming much better informed about turbulence and are dealing with it strategically,” said Bruce Carmichael, programme development manager for the Research Applications Program at the National Centre for Atmospheric Research in Boulder, Colorado.

Carmichael said that during the past three to five years, the introduction of tablets in cockpits has greatly assisted pilots who previously relied mostly on voice communications with controllers and dispatchers. He also sees the value of equipping cabin-crew members with the gadgets.

“Flight attendants should have tablets so they can see what’s going on with turbulence and plan their service around it,” said Carmichael, adding that NCAR staff presented the idea to the Association of Flight Attendants-CWA at a conference in 2014.

Based on the news and post-flight grumblings, fliers might assume that episodes involving violent turbulence are common. Carmichael said that the opposite is true.

“The number of cases encountering extreme turbulence is very rare,” he said. “The fact that it makes the headlines - that points to its rarity.”

If the drinks cart is near you when you hit turbulence, watch out.

In the future, the skies could turn rougher and conversations about turbulence could escalate. An April study by an atmospheric scientist at the University of Reading in England warned that climate change could intensify turbulence in the busy flight path over the North Atlantic, between Europe and North America. Smith also points to the sharp increase of flights - “we have more airplanes flying than ever before” - and the mushrooming number of people sharing their unnerving stories online.

“In my opinion, it’s most likely all three” that are making turbulence-related incidents appear more frequent, he said.

Pilots often guzzle gas to find a smoother course, but passengers can also minimize the shakes. When choosing a seat, pick a row toward the middle of the plane, near the wing and the centre of gravity. Avoid the back of the plane, which in turbulence can swish like a fish’s tail. Fasten your seat belt, even when the sign is off. Most people are injured because they aren’t buckled up. Secure any loose items, including laptops and lap children. If a beverage cart is parked nearby, stay alert, in case it dislodges. And chug or toss your hot beverage or else . . .

“If it’s a little bumpy, the worst that will happen is you get hot coffee in your lap,” Carmichael said.