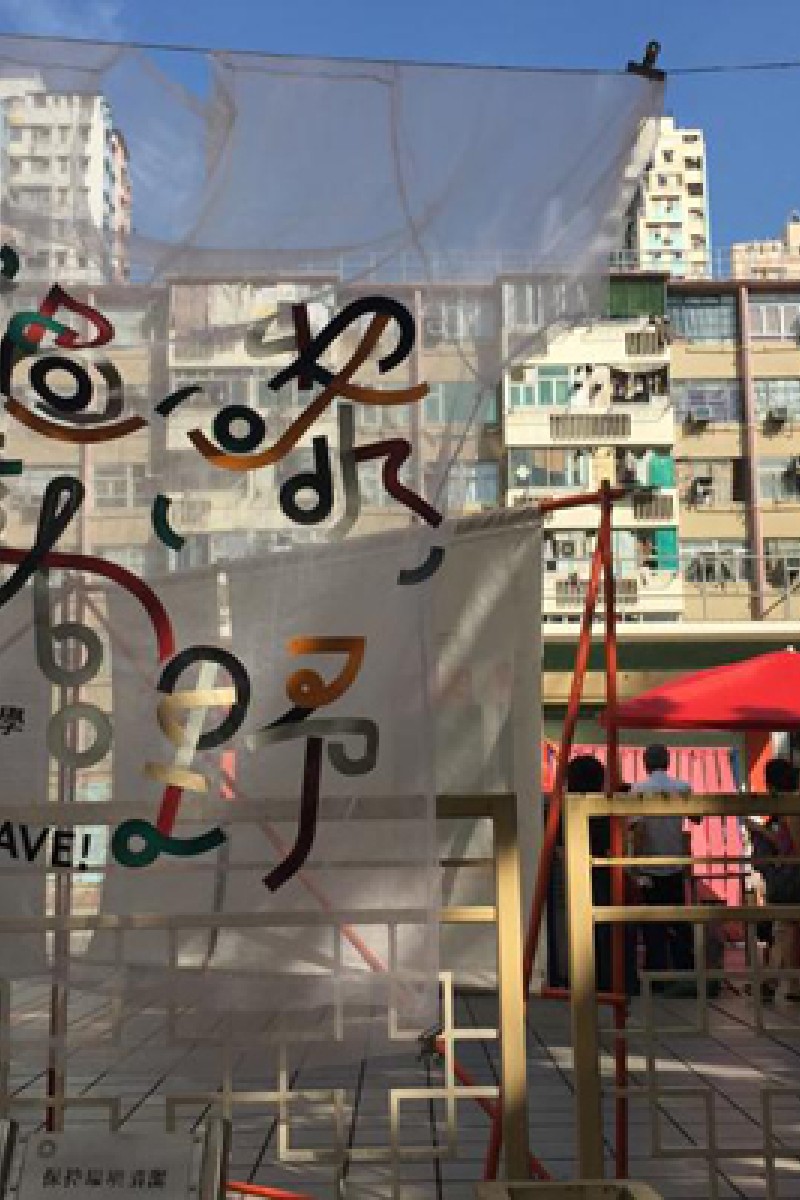 Tsuen Wan was once an industrial hub in the 1960s, and you can still see parts of the district's history - if you know where to look

Maggie Suen
I am Maggie and I love different forms of art, especially dancing, doodling and calligraphy. I am currently a journalism student in university, and reading news everyday becomes one of my daily routine as I like to keep myself updated of what's happening around my hometown.
expand
Comment
Copied Tsuen Wan has a side to it that's hidden in plain view.

In the western part of the new territories, Tsuen Wan is known as Hong Kong’s “City of Bridges”. Thanks to its array of cheap eateries and shopping malls, the area is a fun hangout.

But the district was once the centre of a successful textile industry. Hidden between the shiny new malls are much older buildings and more traditional shops.

Dedicated to preserving this old culture is MILL6, a non profit art and cultural organisation which provides tours of the area. Young Post joined of one their tours, ‘Tales of Tsuen Wan’, to finds out more about the area and its legacy.

Tsuen Wan was one of Hong Kong’s most densely populated districts during the 1960s, thanks to migrant workers from the mainland arriving in the area to provide labour for the textile industry. The migrants also invested in property which helped the area to prosper.

“Tsuen Wan is a good example of a new town plan in the 60s, where a community could be self-sustained with places to work, places to live and easy transportation,” said Oskar Leung from The Conservancy Assoication Centre for Heritage (CACHe), MILL6 Foundation summer program partner, who grew up in Tsuen Wan and has studied its development.

Many shops dotted around Tsuen Wan still seel traditional food, and some even have their old names painted on them.
Photo: Maggie Suen/SCMP

The most obvious traces of history are the old shops on the streets. Tsuen Wan Market Street is dotted with traditional food shops selling Shanghai noodles, dumplings and other locally-made snacks.

Luk Kum Kei is a small, traditional Shanghai snacks shop selling food such as melon seeds, which are typically eaten during Lunar New Year celebrations. It also sells other snacks, including walnut-flavoured peanuts, which are made by frying walnuts and peanuts. Luk Kum Kei  has been in business for 50 years, making it one of the few survivors of the rapid development that has taken place over the past few decades.

Going to Hollywood for a taste of Hong Kong history and heritage ... Hollywood Rd, that is

Another remnant from the 1960s is a walled park, built of grey and dark green bricks.  Despite being a historical landmark, the park isn’t quite as authentic as it looks; even the walls themselves have been renovated. The park was initially part of the Hoi Pa Village, but it wasn’t particularly family-friendly. Instead, the walls meant that the park became a meeting point for local gangs and criminals. After Hoi Pa Village was relocated, the park was renovated so that it could be preserved.

Amid the urban landscape of Tsuen Wan is another unexpected surprise: the “Vertical Village” on Texaco Road. The three-storey village was initially built in Shek Pik, but was relocated to Tsuen Wan in 1960. It’s one of the few remaining villages in the built-up district.

Close to the centre of Tsuen Wan is Yi Pei Square, a public area designed as an entertainment hub and gathering spot. At the centre of the square, which is lined on each side with old-fashioned residential buildings, there is space for children to run around, the elderly to chat, and residents to generally socialise.

This kind of architectural structure is not common now, but back in the 60s, residential areas were designed to centre around a public space.