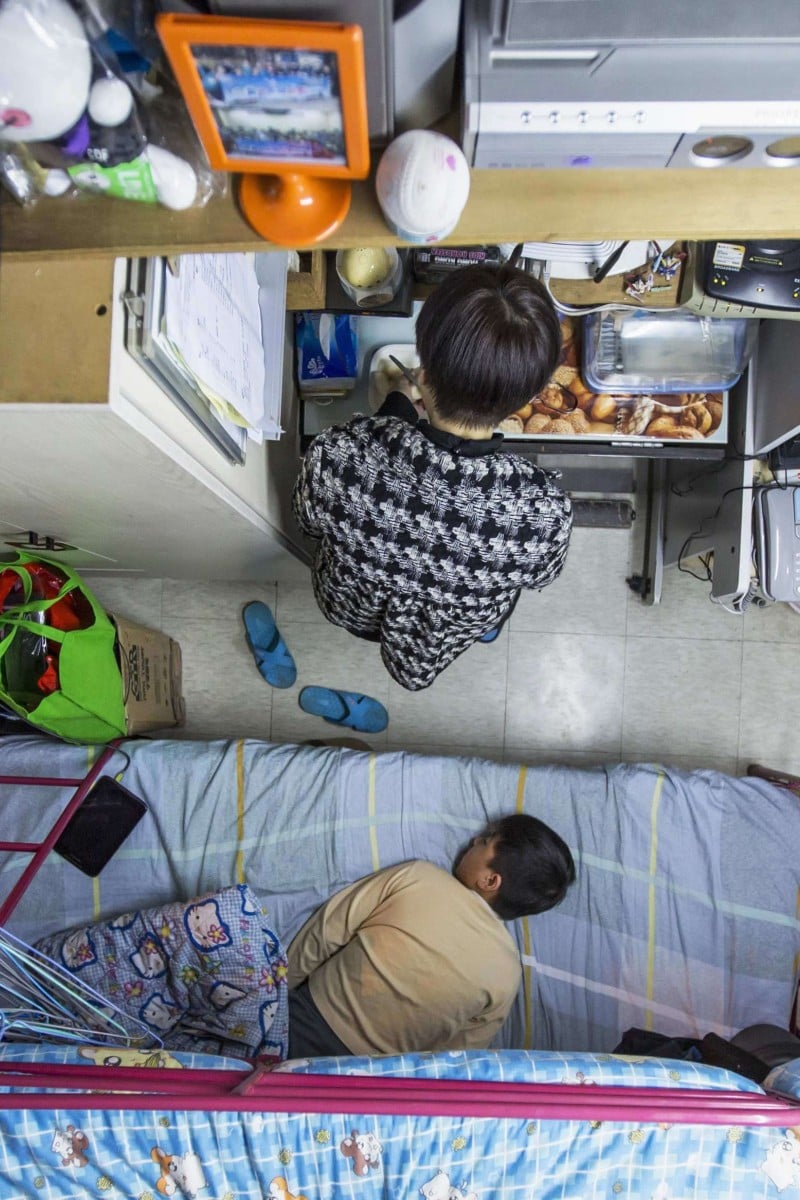 A 60-square-foot sub-divided flat, with a monthly rent of HK$3,800 can often be the only choice for low income families.

Asia’s financial capital has a poverty problem. There is no doubting that. According to Hong Kong government figures, between 15 and 20 per cent of the population lives below the poverty line, defined as half the city’s median annual income of about HK$180,000.

In Hong Kong, sky-high rents and limited space mean that poverty poses particularly acute difficulties. With insufficient public housing, many of the impoverished live in dangerous, and often illegal, subdivided flats. Others are forced to live in cage homes.

Hong Kong’s social welfare programme, the Comprehensive Social Security Assistance scheme, is notoriously ungenerous. Payments are as low as HK$2,000 per month for a single, healthy adult. That’s a mere one-seventh of the median monthly wage. The paltry sum is not nearly enough to live a normal life in the city.

So what can be done to improve the system? It could be argued that Hong Kong’s welfare model is superior to that of many developed countries such as the United States. In such “welfare states”, a complex system of entitlements and benefits often creates a disincentive to work and has led to mounting government debt.

Such a system is ideal for those with low earning potential. Those who believe they cannot earn significantly more than their welfare payments will often not try to find a job. In Hong Kong, on the other hand, one cannot live off welfare, and all able-bodied recipients are required to actively seek full-time employment.

Hong Kong should not emulate the welfare state model, but it does have options. One is the earned income tax credit (EITC). The EITC, which is used in the US, offers a tax rebate to working individuals making less than a defined sum of money. By offering a rebate, the EITC removes the disincentive to work – the benefit is only availed if there is taxable income.

Experts say the EITC can help raise the minimum wage, as the former does not increase the cost of hiring workers.

The concept is attributed to Milton Friedman, the renowned economist who was a champion of free market values. He saw the negative income tax as the best way to reconcile free-market ideals with the moral imperative to help the needy. The negative income tax provides an incentive to work and also supplements those who cannot earn enough.

Should we tax the rich and give to the poor? Hong Kong’s inequality is out of control

The most radical proposal is for a guaranteed basic income. Instead of a wide range of welfare benefits, the government would provide cash to those who earn less than the minimum income. Advocates say the policy will be crucial to protecting the large numbers of people projected to lose jobs as a result of advancements in artificial intelligence and the automation of white collar jobs.

Many fear that a guaranteed income would create a strong incentive to quit work. However, the limited studies conducted so far show a minimal reduction in hours worked when income is guaranteed. Many argue that this is because the necessity to earn money is not the sole reason for working – many find fulfilment through their jobs.

What is best for Hong Kong? Unlike the vast majority of governments in developed nations, we have been running a consistent budget surplus despite low taxes. The government reported a budget surplus of HK$73 billion for the 2014-2015 fiscal year. In addition, the city has more than HK$800 billion of fiscal reserves. So the government can afford to experiment with welfare policy.

It may be politically unwise to introduce a negative income tax or a guaranteed basic income as they call for a fundamental restructuring of the tax and welfare systems. A generous expansion of tax benefits and income supplements may be a better choice.

Clearly, something must be done. A wealthy city cannot – and should not – accept the fact that more than a million people are living in poverty.