Saanchi Shah, from King George V school, explains how she and her family observe one of their religion's most significant holidays 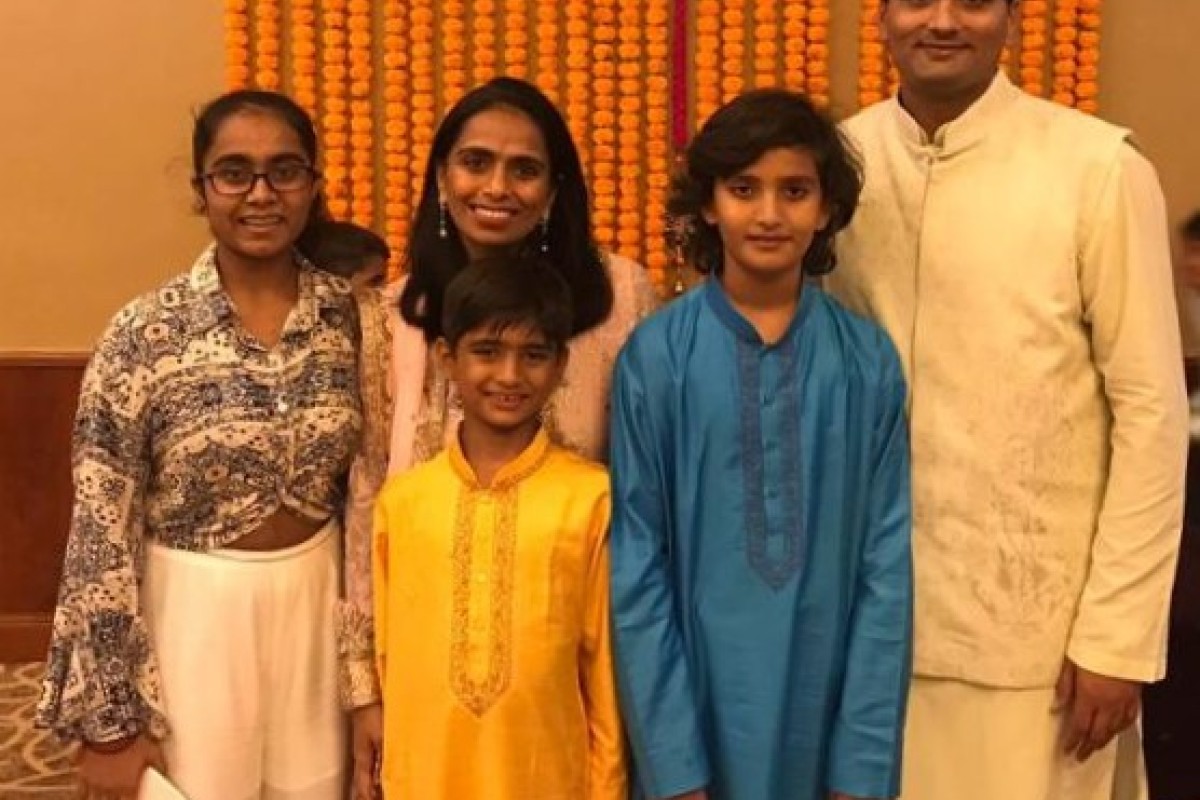 Saanchi (left) with Aarav (second from right) and his family.

The arrival of autumn represents new beginnings in many cultures, but in the ancient Indian religion of Jainism, it holds particular significance.

Much like Buddhism, Jainism focuses on the pursuit of spiritual enlightenment. Followers believe this is achieved by living a life free of material desires, and never causing harm to any living creature.

It is around this time of year – either August or September, depending on the Hindu calendar – that Jains celebrate one of their most important festivals: Paryushana. This year, the celebrations ran from August 27 until September 3.

Consisting of a period of fasting, meditating and praying, the festival is a cleansing period for Jains – a time when they must seek forgiveness from others.

While Jains celebrate many annual festivals, Paryushana is considered the most sacred.

“An important aspect of this holy festival is forgiveness,” says Saanchi Shah, 15, from King George V School, who is a Jain. During this Paryushana, she fasted for eight days; some days, she ate just one meal; on others, she ate nothing  at all.

“We ask for forgiveness from those we interact with on a daily basis, as well as the people who we may have hurt in the past,” she explains. “We are also told that we can hurt people not only by what we say, but also by our thoughts and actions.”

She says that although fasting may sound difficult, it taught her how to control her cravings.

“It strengthened my will power and concentration,” she says.

Although the religion isn’t widely known outside India, there are about 500 Jain families in Hong Kong, forming a close-knit community.

“We are lucky; the community makes sure that all festivals are celebrated with the same level of devotion and authenticity they would be in India,” says Saanchi.

She adds that their religious teacher – known as a Guru – is always on hand to teach followers more about the faith.

“It helps me answer questions that my friends have about our religion,” she says.

For Aarav Shah, fasting during Paryushana required a lot of discipline. The 11-year-old from King George V School says that he particularly struggled during break times at school.

“Everyone around me was eating,” he says. “I had to remain focused on my fast.”

Aarav didn’t eat any food for eight whole days, and only drank water. His father also fasted during the period, which helped Aarav stay motivated.

“A lot of my friends and relatives visited me during this period, which helped me to keep going,” he adds.

When someone completes their fast, their friends and family gather to celebrate. The person fasting will seek forgiveness by saying, “Micchami Dukkadam” to others. This translates to: “If I have offended you in any way … I seek your forgiveness.”

Saanchi is confident that she will use the skills she learned during Paryushana in her daily life.

“The concepts of forgiveness and self awareness are very relevant to our day-to-day lives,” she says. “If we follow these principles, they will help us become better versions of ourselves.”