The negative consequences on the planet - flooding, rising sea levels, and a decrease in marine life, for example - will increase as temperatures do 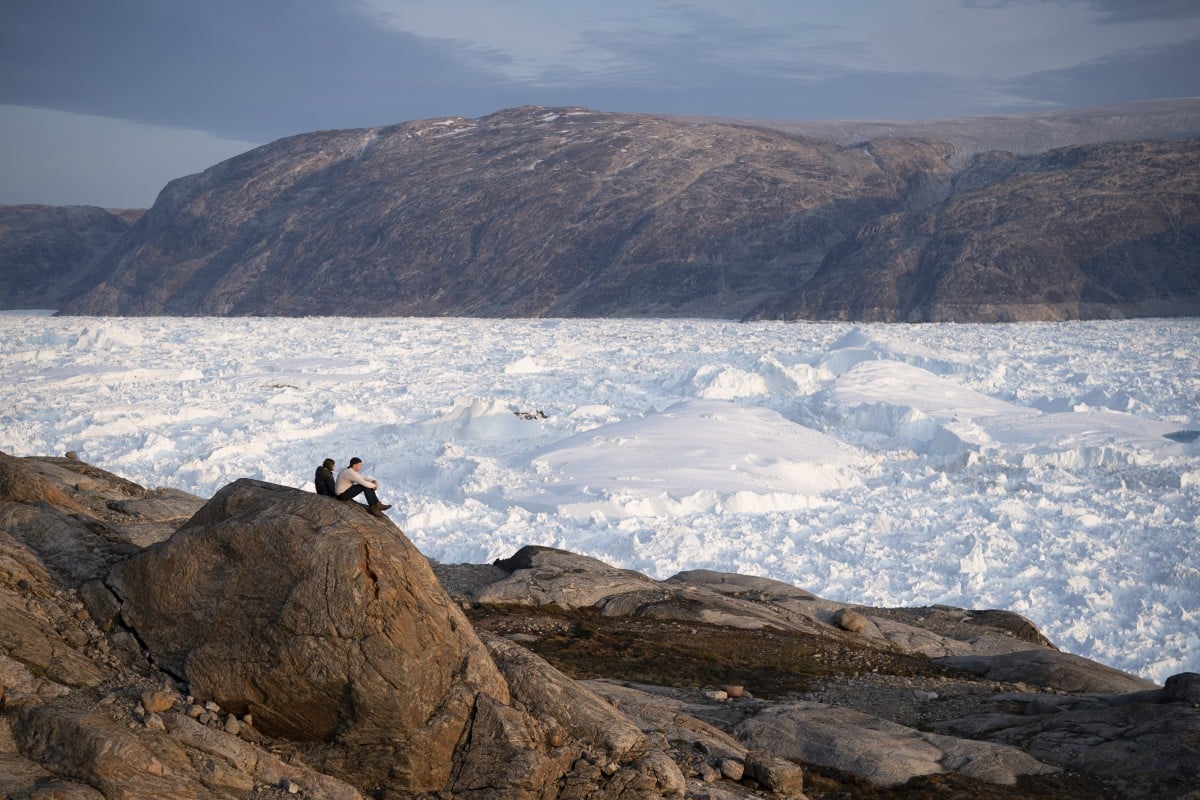 Glaciers are melting as heat reaches record levels. including the pictured Helheim glacier in Greenland.

Climate change is set to cause frequent flooding, rising sea levels, major loss of glaciers and thawing of permafrost, a UN science panel warned in a report issued Wednesday.

The consequences will be worse the quicker temperatures rise, so governments need to take "urgent and ambitious" action to curb emissions, the Intergovernmental Panel on Climate Change (IPCC) said.

Extremely high sea levels that currently occur once every 100 years are likely to hit many low-lying megacities and small islands annually by 2050, even in a reduced emissions scenario, the IPCC said.

On average, the world is likely to face a sea level rise of 43 centimetres by the year 2100 in the lowest of four global warming scenarios considered in the report, compared with 84 centimetres in the highest scenario.

The UN panel's report, drawn up by 104 experts from 36 different countries, is based on a review of almost 7,000 scientific publications.

Representatives of the 195 IPCC member countries met from Friday to Tuesday in Monaco to finalize it.

Hours ahead of the release of the report, French President Emmanuel Macron said that it contained "naked and stubborn" facts.

"We are losing the battle," he told the United Nations General Assembly in New York on Tuesday.

The IPCC said that the Greenland and Antarctic ice sheets are set to lose mass at an increasing rate throughout the 21st century and beyond.

Greta Thunberg speaks before the US Congress about climate change, demanding they 'listen to the scientists'

Other glaciers around the world are projected to lose between 11 and 25 per cent of their ice in the lowest emissions scenario, or between 25 and 47 per cent in the highest scenario.

The highest emissions scenario would see permafrost within 3 to 4 metres of the Earth's surface decline by 49 to 89 per cent, potentially releasing tens to hundreds of billions of tons of additional greenhouse gasses that are currently trapped.

"Lower emissions scenarios dampen the response of carbon emissions from the permafrost region," the report noted.

Global warming, likely exacerbated by ocean acidification and other human activities such as fishing, is also projected to cause a decrease in the biomass of marine animals and the potential fisheries catch.

The report on oceans and frozen regions comes weeks after the IPCC warned of the impact of climate change on land, saying that the world faced a high risk of drought, wildfires, thawing permafrost and unstable food supplies.

The panel warned last October that limiting global warming to an average temperature rise of 1.5 degrees Celsius above pre-industrial levels is only possible with "rapid, far-reaching and unprecedented changes."

The IPCC is a UN institution with 195 member states. Its reports aim to summarize scientific knowledge on climate change and offer advice to policy makers.