Alien-like gecko escapes from its predators by getting butt naked

When something tries to take a bite out of a Geckolepis megalepis, all they get is a mouth full of scales 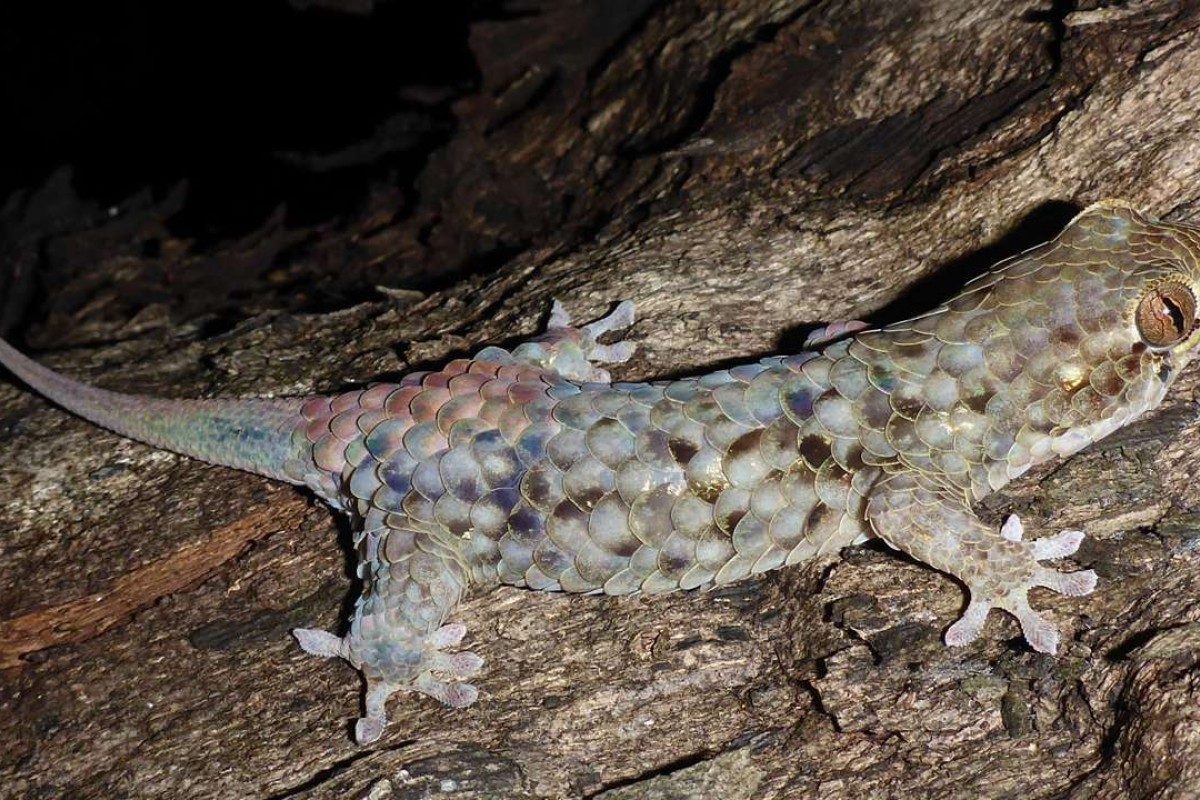 Lizards are famously known to be able to detach their tails when a predator grabs it, but a species of gecko recently discovered in 2017 from Madagascar takes this ability to the extreme. When a predator tries to take a bite out of the Geckolepis megalepis, the gecko's skin will slide off, leaving its pursuer with a mouthful of scales.

If you think this sounds gruesome, you don’t know the half of it. The G. megalepis is thought to have the largest body scales of any gecko, which means that even a minor scuffle can result in a major loss of armour. Fortunately for the weird-looking critters, otherwise known as a fish-scale geckos, their bodies can regrow lost scales in a matter of weeks.

“This regeneration is, as far as we have been able to tell, scarless, and the resulting regenerated scales are indistinguishable from original ones,” said Mark Scherz, a herpetologist (someone who specialises in the study of reptiles and amphibians) at the Bavarian State Collection for Zoology in Munich. “That is not the case of many other geckos, in which the regenerated scales have a distinctly different appearance to the original ones.”

The exceptional size of the scales, which makes the lizard look as if it’s covered in pinkie fingernails, may contribute to the ease of their removal. Larger scales mean more surface area to get caught on claws and teeth, after all. But it’s also more than that.

Scherz said the deeper layers of the gecko’s skin contain a special kind of cell called myofibroblasts that seem to be able to contract on contact. This loosens the uppermost layers of skin, allowing the scales to flake off easily. Their skin, in other words, is built to be torn away. The geckos don’t even bleed when they lose their scales. “It is reasonable to infer that this is a good escape strategy, or else it is unlikely to have evolved,” Scherz said.

Scientists have only ever seen this defence mechanism in the wild once – when a larger, nocturnal gecko tried to turn G. megalepis into dinner. After a battle that lasted just 30 seconds, the G. megalepis shed off some of its armour like you would a robe, and then high-tailed it out of the fray.

A “fish-scale gecko" photographed after having shed its skin and scales.
Photo: AFP

Needless to say, the scale shedding makes the geckos really, really tricky to catch. “We mostly would have one person hold the bag, while the other chases the lizard into it,” Scherz said. “It’s not easy.”

In addition, a lizard’s scale patterns are so distinctive that they are what Scherz calls “the gold standard” for identifying reptile species. While the scientists want to study these critters with as little human disturbance as possible, this is easier said than done – it is impossible to touch the animal skin without it falling apart like a Christmas tree that’s been left up a few weeks too long.

To solve the problem, the researchers looked at preserved G. megalepis specimens using micro-CT scanners. This allowed them to examine the animal’s skeleton, which thankfully is a lot less fragile.