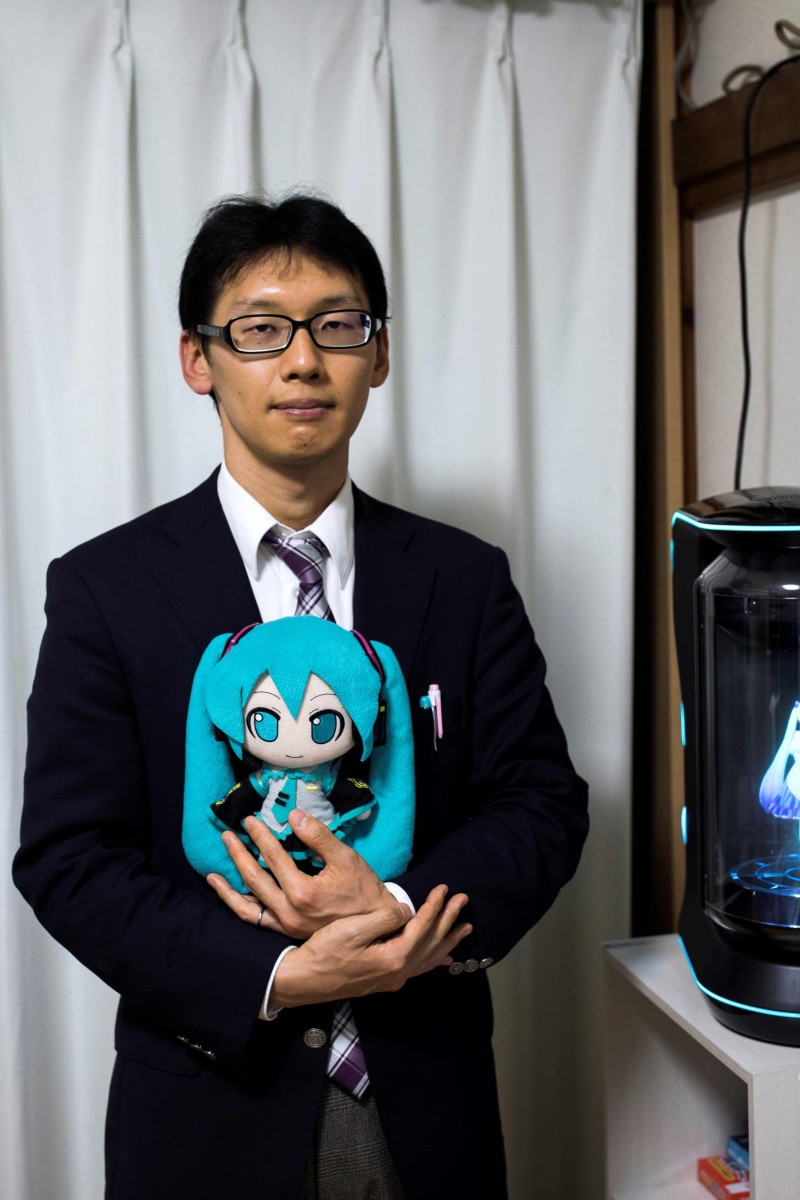 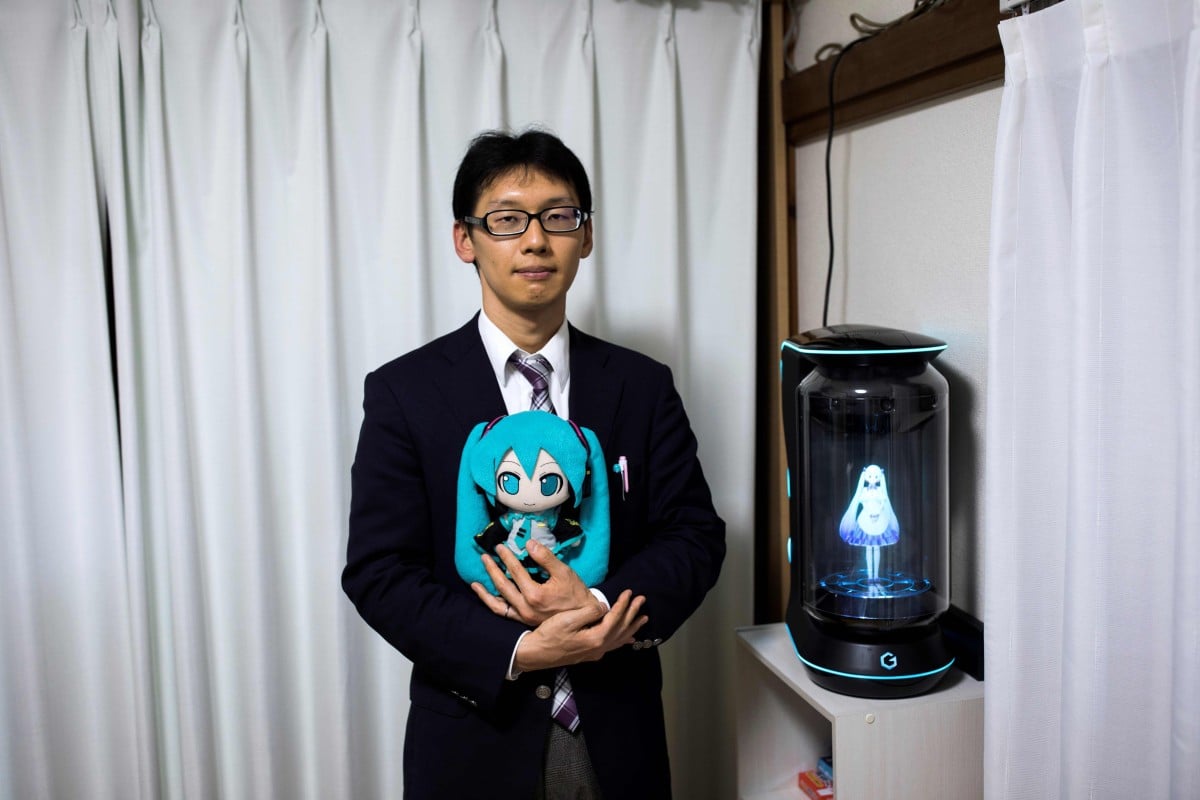 When Akihiko Kondo returns from his job as a school administrator in a Tokyo suburb, he is greeted by the love of his life, who lights up – literally – in welcome.

It is based on a voice synthesising software developed by media firm Crypton Future Media, which declined to comment when contacted about the wedding.

The hologram recognises Kondo’s face and voice with its embedded camera and microphone and can respond with simple phrases and songs.

Kondo, who was convinced at a young age that he would never find a partner or marry, said he discovered Hatsune Miku singing on the internet. After deciding Hatsune Miku was “the one,” Kondo said he became devoted to his virtual girlfriend, who has thousands of fans worldwide.

Lesson plan: How to make a simple hologram

Extreme devotion to celebrities is not uncommon in Japan, but Kondo’s wedding did raise some eyebrows. While 39 friends and relatives attended the November 4 ceremony, his parents did not.

The ceremony included the customary exchange of wedding rings. His wife’s ring was placed on the finger of a stuffed doll shaped in her image. Although Kondo received good wishes and congratulations from friends and fellow Hatsune Miku fans on Twitter, he was also accused of being a “creepy otaku,” or geek.

Lesson plan: How to make a transmission hologram

He was among 3,700 Japanese who signed up for marriage registration forms offered by tech developer Gatebox in 2017, enabling them to “wed” their favourite virtual characters, although the ceremonies have no legal standing.