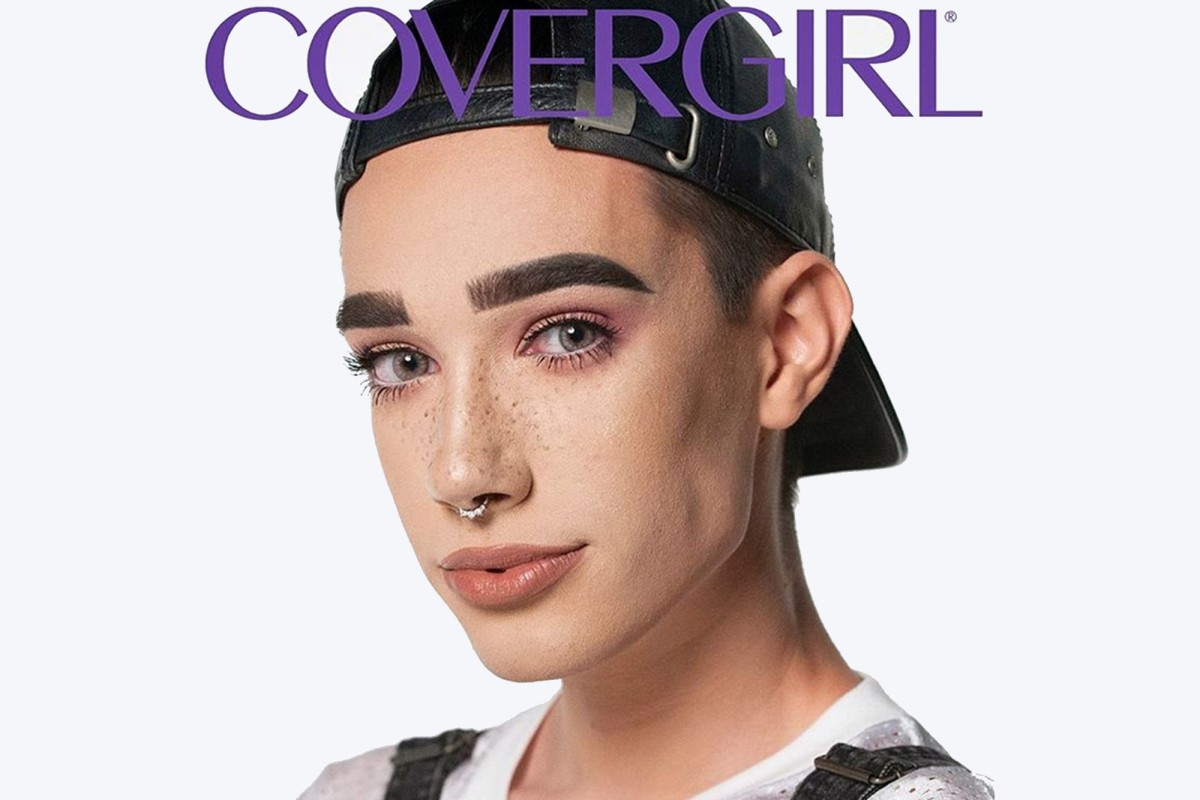 When Katy Perry finished her photo shoot for the famed makeup company CoverGirl, she decided to casually announce a historic moment for the brand in the “easy, breezy” way for which it is famous.

On Instagram, she posted a photograph of her and James Charles, along with the caption, “Just wrapped another great @COVERGIRL shoot. Honored to have the pleasure to announce the very first COVERBOY, James Charles!”

You read that correctly - for the first time since it was founded in 1961, CoverGirl’s representative will be male.

And not just any male. It will be 17-year-old James Charles, a teenager who rose to fame on social media, including by creating YouTube videos in which he teaches men and women how to apply makeup (and he can run circles around people who have been applying foundation as long as he has been alive).

Charles will follow in the footsteps of models such as Christie Brinkley, Cybill Shepherd and the brand’s first representative in 1963, Jennifer O’Neill.

In a video posted by the brand from the set of Charles’s first commercial shoot, he said, “Today, I am living out one of my biggest dreams. ... That’s right, I am a new CoverGirl.”

On his own Instagram, he wrote, “I am so honored and excited to be working with such an iconic brand. I started my Instagram one year ago to inspire others and as an artistic outlet to challenge myself creatively. I truly hope that this shows that anyone and everyone can wear makeup and can do anything if you work hard.”

Charles’ rise to fame was rapid. He told Cosmopolitan that he “used to draw portraits of celebrities so I’ve always had a love for beautiful faces.”

His first job in the beauty industry was hair styling, but one day a friend needed her makeup done before a school dance. Charles figured he would give it a shot.

“It actually turned out awesome, and she posted a picture,” he told the magazine. “People loved it, so I invested in a starter set of makeup to practice on friends and slowly began to build clientele. It wasn’t until a few weeks after that I tried makeup on myself, and the rest is history!”

That was about a year ago, according to BuzzFeed.

“I started my account to post pictures of client makeup I did to get more gals during prom season,” he told the website. “I never in a million years would’ve expected to be where I am today, or even working with CoverGirl.”

On his YouTube channel, he is usually outfitted with a backward leather baseball cap and colorful nail extensions, and posts videos showing how to apply different styles of makeup, from the beautiful to the silly to the (purposely) horrifying.

His most recent video focused on a gaudy turquoise-glitter eye shadow and, with terrific brush skills, turning it into a stunningly chic look.

Anyone who finds it strange for a male to be promoting or wearing makeup lacks personal confidence, Charles says.

“Breaking gender norms just comes instantly as soon as a boy is comfortable and confident enough to put on makeup. I think it’s so important to love who you are and be comfortable in your own skin,” Charles told BuzzFeed.

He expounded on this in Cosmopolitan:

“My comment section used to be a mess to say the least. Now (Instagram) has added filters, so I’ve removed the classic hate comments, but people still manage to get through every once in a while. They really don’t bother me. I have a thick skin, and I’m definitely not willing to let someone without anything better to do than hate on someone else behind a keyboard get into my head. ... Our industry has been tailored towards woman for so long, so I think the only way that men will start to become more comfortable will be if the stereotypes are removed. Every guy who is comfortable doing so, however, is setting an amazing example and hopefully inspiring those around him.”