Succeeding in this creative problem-solving competition needs more than logic and a level head. It can take imagination, teamwork and even some colourful hand-made props and costumes 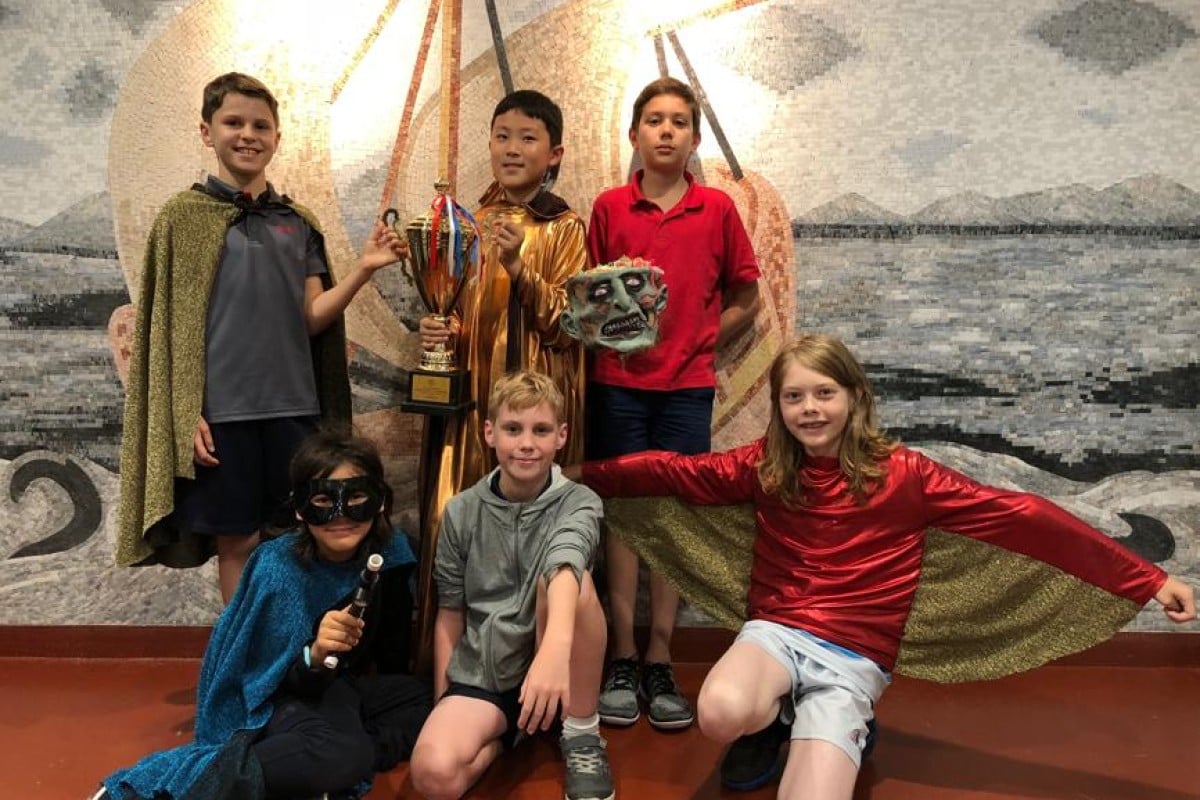 On a cloudy afternoon, a little classroom at The Harbour School is bursting with life. Six students from Grade Four to Grade Seven are busy practising for the Odyssey of the Mind World Finals, which will take place from May 23-26 at Iowa State University in the US.

Odyssey of the Mind is an international competition that challenges teams to use creative techniques to solve problems, and encourages them to think outside the box. The problems can be related to one of six subjects: science, technology, literacy, maths, history or art.

The theme of this year’s contest is “A Stellar Hangout”. Teams must create a humorous performance centred around a sci-fi world that includes original creatures and foods.

“The students have been practising since last October,” said Charlotte Hankin, Learning Extension and Lower Primary Literacy Coordinator at The Harbour School. “It has been so rewarding to see them perform and bring together all of their ideas.”

The Harbour School came first in their division at the Hong Kong Regional Tournament of Odyssey of the Mind, which took place on March 3. They beat 50 other teams to be crowned regional champions, for the third year in a row, and will now compete against nearly 900 teams at the World Finals.

“You get penalised if you do something wrong,” says team member, Griffin Peck, 10. But it is evident that the boys knew exactly what they were doing, as they won with a score of 142.44.

“At the finals, teams can trade pins with one another. That’s the best part,” says Nico.

For Alex Paul, this will be his first experience of the competition - and he will have less preparation than most. “I joined the team after another member dropped out,” he says. “I get just three practices and then it’s the world finals.”

But Alex doesn’t seem too deterred by that, and is eager to show us the props and costumes that he and the team have made for the performance element of the competition. The costumes were inspired by superheroes and villains to suit this year’s theme, and the boys raised their own funds to buy the materials to make them.

Ben Jones, 11, shows off his golden superhero cape, while Jino struts around in a long, golden robe.

Gallery: Behold the global citizens, role models, and future leaders of the world

Hankin has seen a big improvement in the team’s speaking skills and level of confidence. “They’re quicker and bolder when making decisions,” she says.

“Team cohesiveness has also improved, as I have observed the students making positive comments to each other, supporting and encouraging one another.”

The students each play to their strengths, enabling them to respond well to difficult situations, even when working against the clock. And as for competing in such a huge competition overseas, that’s what the boys are looking forward to the most.

Stem: not just for boys – GSIS's Misha Fischer on why girls should take on the sciences

“The best part will be going to the US,” says Leonardo Lee, 11, and everyone agrees in unison. And though the enthusiasm and energy from the group of boys at The Harbour School is clear, they have had to overcome a few challenges on the way.

“The students started with so much creativity, but their ideas were not always practical,” says Hankin.

“So consequently, it felt like a lot of time was taken up debating rather than building.”

But, after all, Hankin emphasises that the whole purpose of the tournament is to get students to work together and talk about their creative thinking and problem-solving strategies.