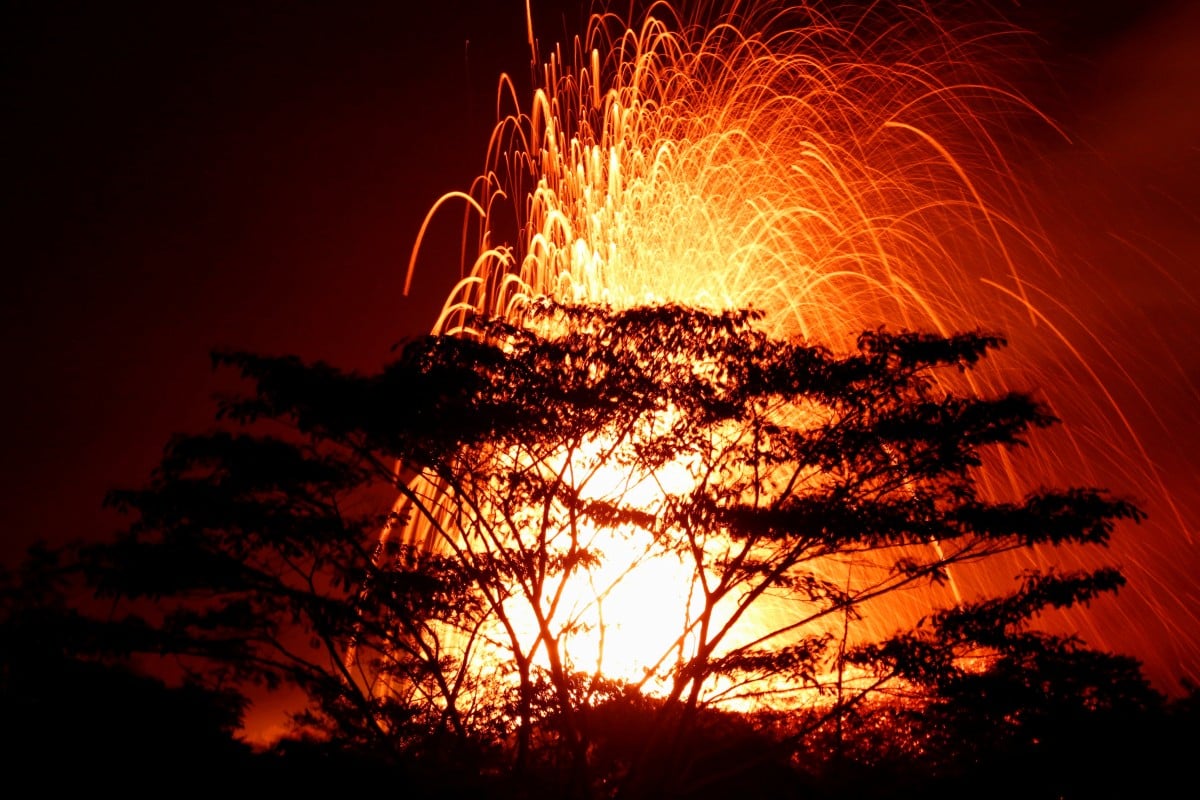 Kilauea in Hawaii has been erupting for 30 years. This latest eruption started on May 3.

Few geologic events capture the imagination like an erupting volcano. We thrill at the image: Hot, molten rock comes bursting out of the ground, destroying most everything in its path. Volcanoes can cause massive disasters that kill tens of thousands, and they can produce amazing sights like hypnotic lava fountains. With an eruption like the one underway at Hawaii’s Kilauea, the news fills with volcanoes. But it’s usually full of errors about volcanoes and how they operate.

1 Volcanoes are more active today than in the past

Whenever volcanoes around the globe start making news, you’ll see headlines like this one from Britain’s Daily Star: “Earth’s core in crisis? Volcanos erupt all over the world - and nobody knows why.” Similarly, a biblical prophecy site warns, “There seemed to have been an increase in earthquakes around 1900 as well as 1940, and lately.” The implication is that things are getting worse.

Despite such fears, the Earth is not becoming more geologically active. Geologic activity over time has an ebb and flow, with some patches that have more eruptions or earthquakes and some patches that have fewer. At any given moment, there are at least eight to 12 volcanoes erupting around the world, which is to say, it’s always happening, and there’s no reason to think those numbers have varied much over time. (The Smithsonian’s Global Volcanism Program keeps a list.)

With our modern ability to monitor volcanoes in many remote locations thanks to satellites, and the speed with which news travels around the globe today, an eruption that might have gone unnoticed 100 years ago is bound to make headlines in 2018. The world is not more volcanically active, we’re just more volcanically aware.

2 Volcanoes belch smoke when they erupt

News reports often say things like “volcano erupts sending smoke 30,000ft into air,” as the Mirror recently did. A travel writer who visited Japan’s Mount Sakurajima in 2014 noted that “ash and smoke easily reached up to 5,000 feet,” and Reuters claimed in 2010 that Indonesia’s “Mount Merapi was clouded with smoke” during an active period.

For volcanologists like me, the word “smoke” is deeply frustrating, because it doesn't explain some of the real harm volcanoes can do. While it’s true that volcanoes can blast material 30,000 feet up (and sometimes much higher), none of it is smoke. Volcanic ash is not created from anything burning but rather from lava and rock that is shattered into tiny pieces less than two millimeters across. This ash looks like smoke when it billows upward, carried by volcanic gases like water vapor, but it’s really a giant cloud of glass shards.

Eyjafjallajokull in Iceland erupted in 2010, its ash cloud caused flights to be rerouted.

This is why volcanic ash is so dangerous to inhale. Broken glass can damage your lungs if you breathe in enough of it, much as fiberglass can if you work around it without a mask. Worse, it can kill you, as fluid fills your lungs, mixing with the ash to make a cement.

Volcanic ash is also very bad for airplanes in a way that mere smoke isn’t. The ash will melt in aircraft engines, clogging the fuel lines and other parts, and causing the engines to stall. That’s why airspace over much of Europe was closed for seven days during the 2010 eruption of Iceland’s Eyjafjallajokull.

3 Volcanoes can be “overdue” for an eruption

People love patterns, so the idea that volcanoes erupt on a schedule is one that has been around for a while, especially when the volcanoes are near big cities like Tokyo. Mount Fuji last blew in 1708, in one of Japan’s largest eruptions of the last millennium. The quiet period that has followed led one Japanese volcanologist to worry in 2006 that it had been “too long” since the last eruption, suggesting that another one might be coming. Similarly, you’ll sometimes find news organizations such as the BBC declaring that we’re “overdue” for a supervolcano eruption, since “the last one happened in Toba, Indonesia, about 74,000 years ago.”

Japan's iconic Mount Fuji, is an active volcano, and the country's highest peak.

But volcanoes don’t care about schedules; they don’t slowly refill between eruptions and then burst when they’re full. Although geologists don’t know all the details of how magma rises from its source, more than 100 kilometres below the summit of a volcano, it doesn’t seem to be a constant drip. Instead, periods of quiet can vary from a few years to thousands of years, depending on what’s going on deep beneath the surface. Predicting eruptions based on the time since the last one has never been effective.

Volcanoes produce many kinds of gases, among them carbon dioxide. That has made them a target for deniers of man-made climate change. In 2010, an opinion writer for the Australian Broadcasting Corporation claimed that a single “volcanic cough” can add more CO2 to the atmosphere “in a day” than humans have in the past 250 years. And in 2015, a member of Wisconsin’s Public Service Commission proposed that “the elimination of essentially every automobile would be offset by one volcano exploding”.

No. Given that rates of volcanic activity aren’t rising, there is no reason more carbon dioxide would be added to the atmosphere from volcanic eruptions today than at any time in the past, which means there’s no reason that levels would be higher today. Also, the amount of carbon dioxide produced by humans each year is more than 100 times greater than that produced by volcanoes, according to research by volcanologist Terry Gerlach. So, annually, all the volcanoes in the world produce roughly the same amount of carbon dioxide as the state of Ohio.

A satellite view of Mount Tambora on the island of Sumbawa in Indonesia. Tambora's famous eruption in 1815 was one of the biggest ever recorded, and caused vivid sunsets in the Northern hemisphere, and causing temperatures there to drop.

Volcanoes can affect the Earth’s climate, but not typically by warming it. Particulates of sulfur dioxide from a major eruption can rise high into the stratosphere and prevent the sun’s energy from reaching the surface. Most famously, the 1815 eruption of Mount Tambora in Indonesia led to the “Year Without a Summer.”

5 Volcanoes and earthquakes in the “Ring of Fire” are connected

We hear it all the time: Volcanoes are erupting in the “Ring of Fire,” an area of intense tectonic activity around the Pacific Ocean. News articles tend to lump geologic events in the area together, as Channel News Asia did in January, when it reported, “Volcanic eruptions and earthquakes in Asia and Alaska over two days show that the Pacific Ring of Fire is ‘active,” suggesting that they are linked, even if they are halfway around the globe from one another. Other times, sites like Waking Times will speculate that the events are leading to something larger: “[A]ll eyes are on the Pacific Ring of Fire, as a growing list of volcanic eruptions and tectonic tremors are pointing to a potentially major event in the near future.”

Anak Krakatau (Child of Krakatau), erupts. Krakatau, its parent volcano, tore itself apart in 1883. Anaka Krakatau emerged from the caldera.

The phrase “Ring of Fire” is evocative, but that is about as far as it goes. Geologically speaking, the “Ring of Fire” isn’t anything more than a coincidence of volcanoes and earthquakes. The supposed ring doesn’t even encircle the whole Pacific Ocean; sometimes it includes locations beyond the Pacific, such as Indonesia. Underneath all these regions, large tectonic plates interact as they move on the Earth’s mantle. But the volcanoes and earthquakes in the “Ring of Fire” are not directly linked, so when eruptions or earthquakes happen at the same time in Japan and Chile, it’s not because they are triggering each other. In fact, there is very little evidence that earthquakes or other volcanoes can cause a volcano to erupt.