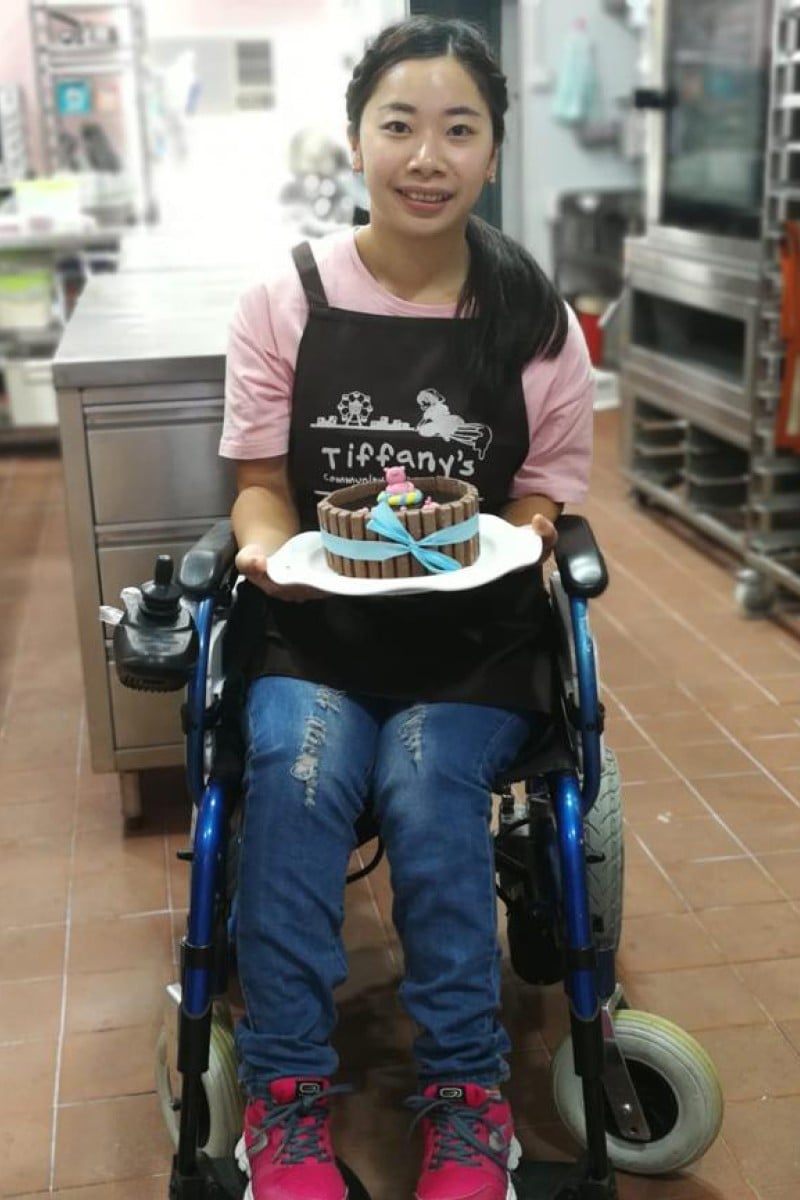 This Hong Kong baker with cerebral palsy talks bullying, her disability, giving back to society, and wheelchair dancing

Tiffany Chan has overcome a lifetime of hurdles, and is not letting her condition stop her from doing the things she loves

Karina Chan
Junior Reporter
Hiya! I'm Karina Chan, and I'm a 14 year old bookworm with a love of reading, writing, and listening to music. Currently, I'm trying (and failing) to beat my addiction of Jurassic World, A Series of Unfortunate Events and stupidly funny Marvel memes. I'm also a major procrastinator who keeps telling herself to do things but never does them.
expand
Comment
Copied 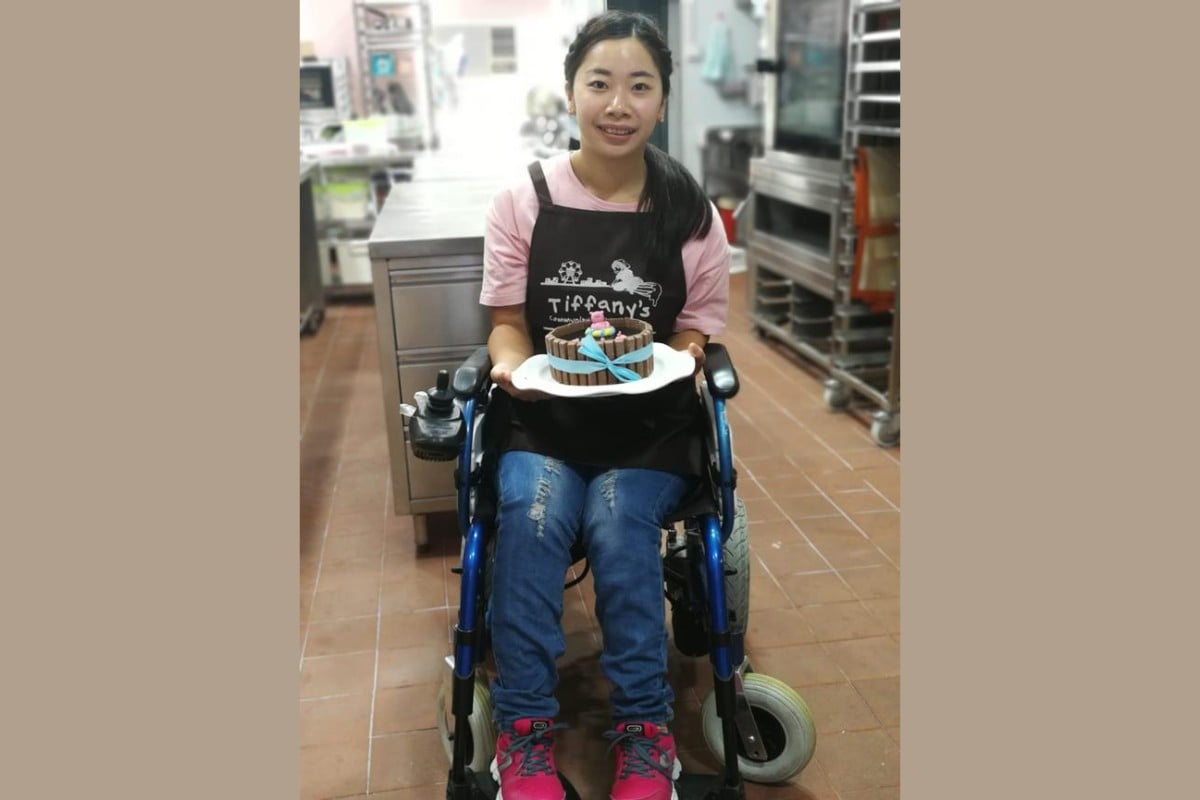 Tiffany told her teachers she wanted to be a baker when she grew up – something the 25-year-old has now achieved.

Cerebral palsy has left 25-year-old Tiffany Chan Jing-xi’s lower body paralysed since she was four. But, although she was bullied by her classmates in school and she is still wheelchair-bound, Chan hasn’t let that stop her from doing what she loves – baking.

In October, 2014, the Hongkonger started Tiffany’s Community Bakery, where she sells home-made cakes and cookies.

Chan started to lose mobility in her lower body when she was 18 months old. When she was four, she went to Beijing in an attempt to cure her condition. “I had to have all the hair on my head shaved so the doctor could perform acupuncture [on me],” she recalls. “The first time I did [acupuncture], I was really scared, but I didn’t want to worry my parents, so I pretended to sleep and didn’t cry.” Sadly, the acupuncture didn’t help, and Chan and her family returned to Hong Kong.

This was far from the only difficulty as she was growing up – her primary school, for example, didn’t have the facilities to accommodate someone in a wheelchair. Still, she says there was one good thing she will always remember. “My teacher used to say ‘Good morning, sunshine’ to me each morning, and that always made me happy.”

One good thing doesn’t always outweigh the bad, though – when Chan was in Form One, she was bullied by her classmates. Once, her classmates even locked her in the toilet, tilted her wheelchair so she couldn’t move, switched off the lights, and made ghost noises to frighten her.

After many more incidents like this, Chan transferred to a different school. Everyone in her class, she laughs, was like her – not great at studying – but their teachers would tell them to pursue their dreams anyway.

“When she asked us what we wanted to do when we grew up, I said I wanted to be a baker or an artist,” Chan said. “She told me not to give up on my dream and said that I would succeed if I could bake five perfect sponge cakes, all at the same time.

“She said she would test the cakes that I made, but I kept messing up the last one. She gave up because she had a stomach ache from eating my cakes!”

So what does Chan do in her spare time, when she isn’t baking up a storm in the kitchen? Chan tells us that she has a lot of hobbies, and that she loves drawing, swimming, and dancing. Chan is part of an independent professional theatre company called the Nonsensemakers. She will be performing a wheelchair dance in their upcoming musical performance, The Rainbow Troops. The performance will run from September 7 to September 9 and will be held at Yuen Long Theatre.

The baker says she donates the money she earns from Tiffany’s Community Bakery to charity, and she takes part in a lot of community events, like selling home-made cookies, or teaching children how to bake cakes. “My mum tells the children stories, and I teach them how to bake cupcakes,” she explains. “I go to schools, and everyone enjoys it.” Chan also says that she likes getting feedback from people about what she does.

“Seeing my cakes make them happy makes me happy as well.”

When we ask her about her dreams for the future, Chan grins and shows us a drawing of a cafe.

“I want to have my own one day,” she tells us, a place where people will enjoy her cakes and the art she’ll put on display – combining her dreams of being a baker and an artist at last.