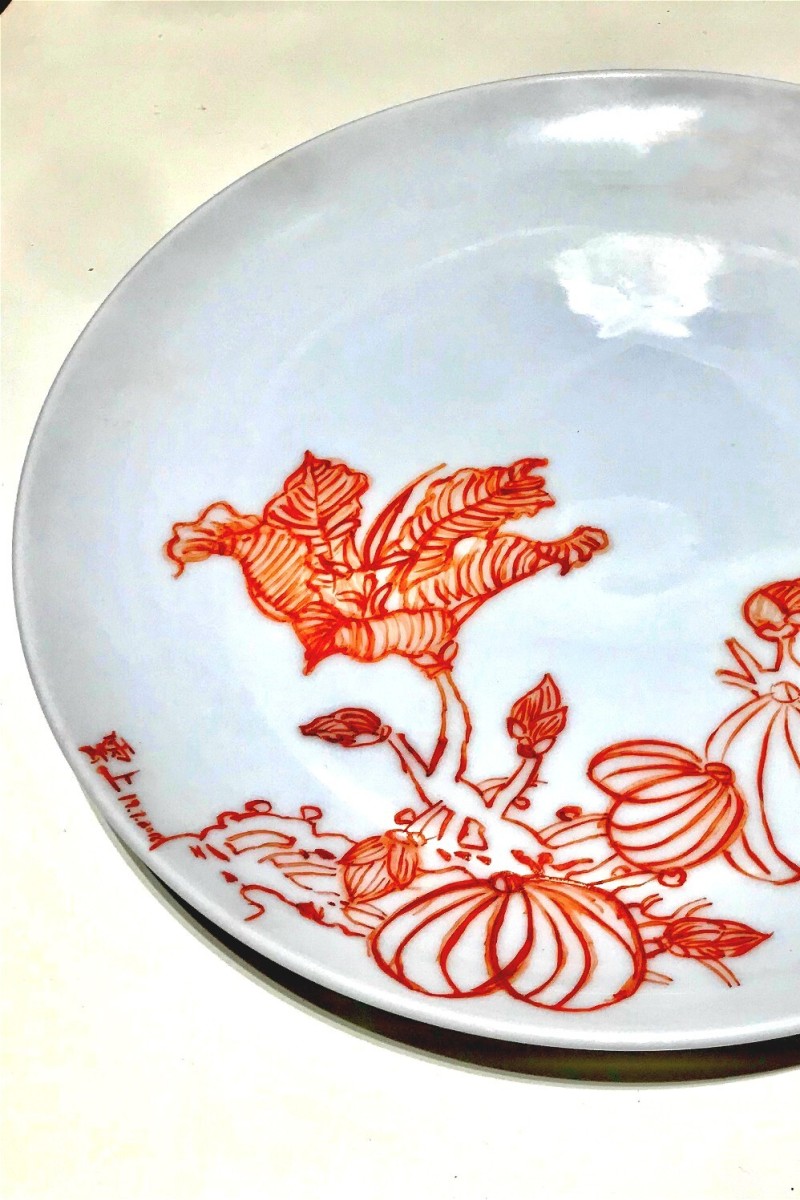 SOTY 2019: There is no substitute for true passion, say Visual Artist candidates 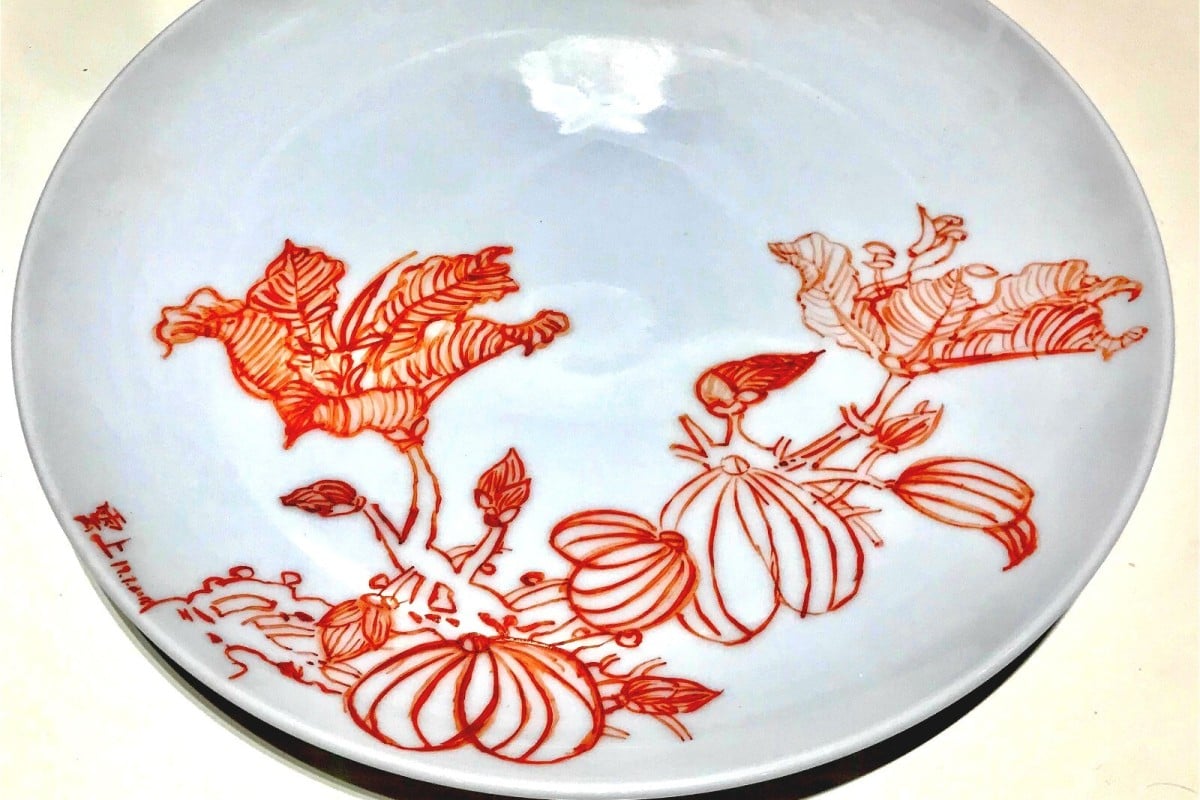 Making porcelain was a turning point on Ada’s journey.

You might think that the job of a visual artist is simply to produce a piece of artwork that is aesthetically pleasing to the eye, yet three shortlisted candidates for the Student of the Year Visual Artist Award say they aim for more – they want to reflect the true face of their beloved city, Hong Kong, and improve the lives of the wider global community.

Twelve outstanding young artists have already completed their final interviews to prove themselves worthy of the award. Young Post spoke to three of the finalists and talked about their artistic journeys.

For these artists, visual arts is not just a form of non-verbal communication that conveys emotions and ideas, but also an effective medium to promote new thinking.

“Art is more than just visual. The aesthetics of artwork can resonate with your heart and inspire you to think,” says 17-year-old Ada Wu from True Light Girls’ College, who has been creating art for as long as she can remember.

SOTY 2019: Performing artist candidates must have a love not just for their craft, but for delighting their audience

When asked which piece she is most proud of, she answers – with great enthusiasm – that it is the hand-painted Cantonese porcelain that she made. It was a turning point in her journey of self-discovery.

“Cantonese porcelain is part of the intangible cultural heritage of Hong Kong. It contains the history of Hong Kong and it expresses Hong Kong in our own unique way,” she says. Yet, what she first learned in her early art education was completely different. Ada learned various Western-based art forms from several international masters, but these skills did not give her the satisfaction that she expected – “I was never satisfied and I felt lost when I started reflecting upon who I was and what was in my art.”

Such feelings vanished when she discovered her passion for Cantonese porcelain, and at the same time, she found a new sense of belonging and a new direction.

“I acquired my own Hong Kong identity in the art of Hong Kong,” says Ada. “It gave me the determination that I am a Hong Kong artist, and I will develop art with our unique identity.”

Ada Wu is one of the finalists for the Student of the Year Award - Visual Arts.

Such aspirations are shared by Yoyo Shum, 17, from Ho Dao College, who aims to address social issues and the living conditions of Hong Kong through her visual art. To help raise awareness of marginalised people, she made a charcoal drawing entitled The Dreamer under the Bridge that depicts the everyday struggles of homeless people who make a living by collecting cardboard.

“I wish to reflect the city and give people another perspective of life in Hong Kong in my work,” she says.

While visual artists are often seen as talented people who can create something out of thin air, these students told us about some of the misconceptions around artists. Good work requires planning and drafting behind it, and the finished item is not just “an outburst of creativity”.

Yo Yo’s charcoal drawing (right) depicts the struggles of the homeless.

Another finalist, 16-year-old Samuel Scroggie from West Island School, says the purpose of art is not solely to produce a product, but to provoke thinking. Hoping to become a design technologist, he says that the true value of contemporary art lies in its application to multidisciplinary design, which has the ability to influence a user’s interaction with a product and even supersede its traditional applications.

SOTY 2019: Best Devotion to School candidates on how they’re giving back and being leaders in and out of the classroom

Samuel says he is most satisfied when he has the opportunity to better the lives of those around him, whether it is in a social, environmental or economic context.

“A career in design is so appealing because it would allow me to produce design solutions with the capability to enhance the livelihoods of not only those around me, but the greater global community,” he says.

While these young artists are constantly reaching out of their comfort zones to create art that makes an impact, they believe the essential qualities of a visual artist include an open mind. Ada and Yoyo say an openness to accepting critics’ opinions and new practices are vital to improving the design process.

For Samuel, the ability to understand other people’s situations while recognising their own biases and fallacious thinking is challenging and yet crucial. “Opening my mind to respecting the ways in which users interact with a design opportunity and design solution ensures that the process is always user-centric,” he says.

The budding artists give the same advice for teens who are confused about their direction in life – a genuine passion and confidence will lead you the right way.

Ada believes that it’s important to filter out other people’s plans for you, especially if everyone is saying you can’t make a living out of art. “Don’t give up taking art as a career, because no one knows for sure. If you are really passionate about art, you will be able to make something out of it.”

Samuel says interest and confidence cannot be faked. Being brutally honest with yourself is the key. “Passion cannot be forced. Forcing interest will never be a viable substitute for genuine passion, and this will be reflected in the direction your life will take,” he says.

He also believes in investing the time to figure out your decision-making process and fighting off impulsive actions. “Before you act, allow yourself to process your feelings. Humans try to wrongly justify their decisions, myself included. Don’t fall into this trap. Repeatedly ask yourself hard questions throughout the design process.”