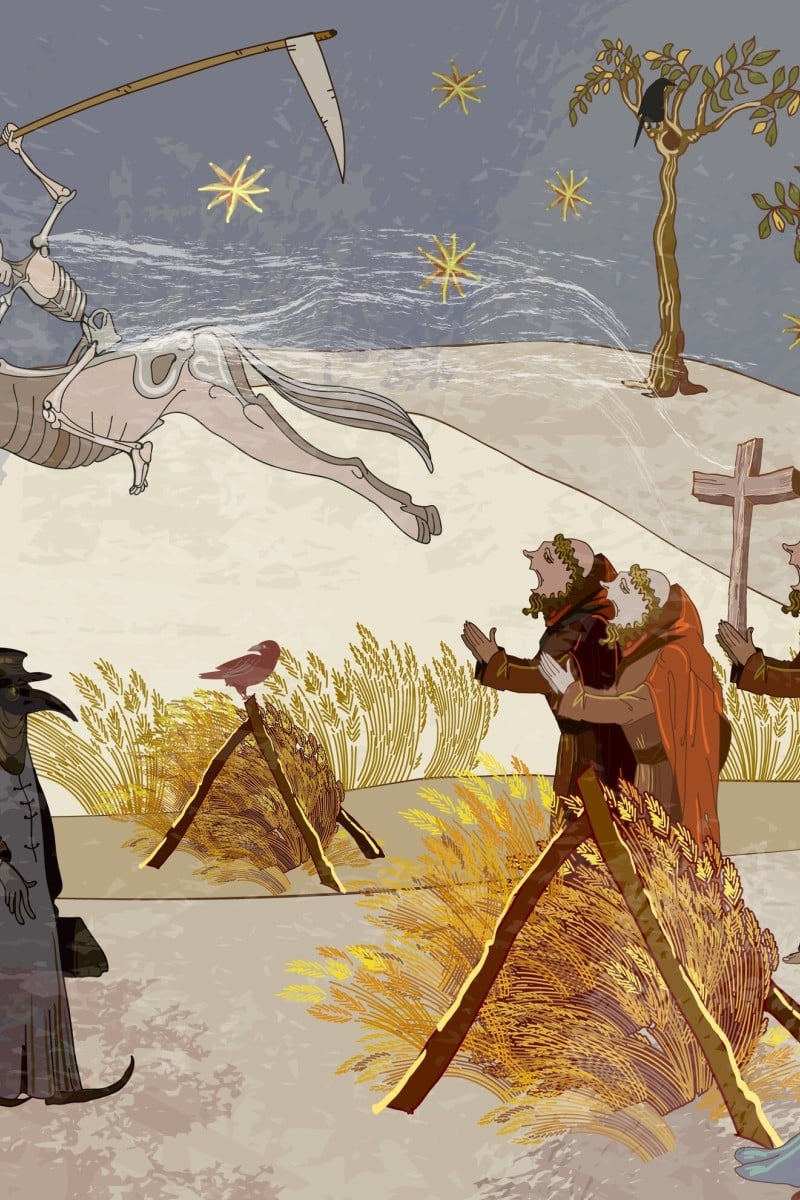 From the Black Death to Covid-19: The evolution of medical masks as disease control 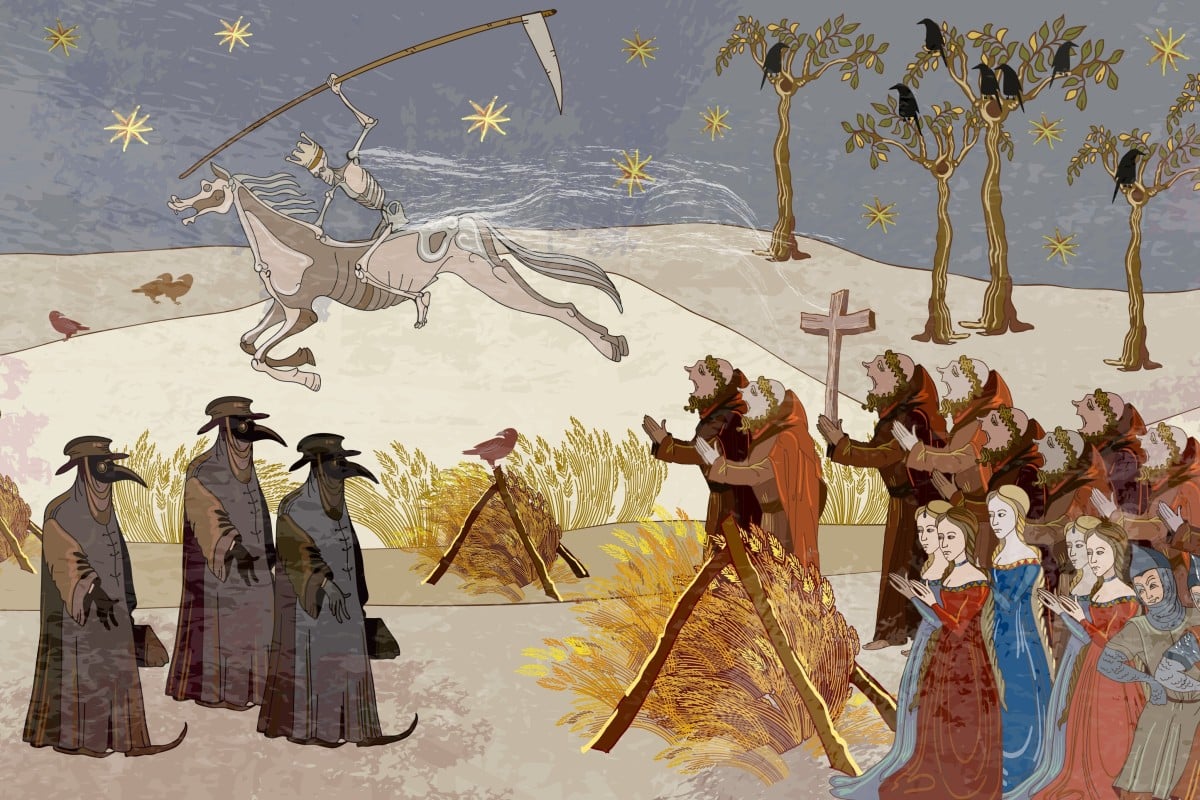 The bird-like masks of the Bubonic plague, also called the Black Death, are one of the most recognisable symbols of the virus.

A mysterious and deadly disease rips through the population, causing a fearful public to adopt hastily-made masks as experts debate how best to slow the spread of infection.

A scene this week from cities in Europe and the United States tiptoeing out of lockdown?

Not quite. It was more than a century ago during the Manchurian plague, when masks were taking their place as the most visible tool of epidemic control. Then as now, geopolitics and distrust of science threatened to derail the public health response.

Quarantines, contact tracing, and other measures adopted by governments today to slow the spread of the new coronavirus all echo plague responses over the centuries.

Today’s efforts to supply personal protective equipment for medical staff and debates about whether to wear masks in public reflect evolving ideas about face coverings as our understanding of contagion develops.

The idea that diseases could be transmitted from one sick person to another has been around at least since the 1500's “as a serious medical theory”, said Yale professor William Summers, an expert in the history of medicine.

But it was not until the mid-1800s that scientists identified microbes and developed “germ theories” to explain the mechanics of infection.

Before then, “masks for contagion control were more in the nature of amulets to frighten away evil influences,” Summers told AFP.

They were already becoming common in operating theatres by the 1890s, when a plague emerged in Hong Kong and spread across the globe.

The pathogen arrived in Manchuria in 1910 -- where Russia, Japan and Imperial China were fighting for control -- sparking fears it could hitch a ride on newly-built rail lines to Beijing, or even as far as Europe.

It was a terrifying disease with a fatality rate nearing 100 percent.

“It killed everyone it infected, and it killed them within 24 to 48 hours from the first symptoms,” said Christos Lynteris, a medical anthropologist at St Andrews University in Scotland.

Pedestrians wear face masks as a precautionary measure against the Covid-19 coronavirus as they walk across a road in Hong Kong.

Among the specialists sent to lead the response was a young doctor named Wu Lien Teh.

Born in Malaysia and educated at Cambridge, Wu struggled to be taken seriously as he attempted to convince colleagues the plague was not only transmitted by fleas on rats, like bubonic plague, but also that it was spreading from one human being to another.

“What Wu suggested is that someone who has pneumonic plague, and his or her lungs are infected, can transmit this disease to others directly in an airborne manner without the fleas,” said Lynteris.

“And that was really innovative -- and scandalous -- at the time.”

It also meant people would need masks to block the infection.

Those leading the public health response had two major problems, said Summers, the author of a book about the Manchurian plague.

The first was political: “China was falling apart, and Manchuria, being on the edge of the Qing Empire, was even more chaotic.”

The second was the need to convince a public accustomed to “traditional folk medicine” of the merits of a science-based approach.

In his autobiography Plague Fighter, Wu said the public needed something to jolt them out of their lethargy.

That came with the death of prominent French doctor Gerald Mesny.

According to Wu’s version of events, Mesny dismissed the younger doctor and refused to believe his theory that the plague was pneumonic.

Mesny then visited a hospital without covering his face and died within days.

People in the west have long put up resistance to wearing face masks.

Suddenly, masks were in high demand.

“Almost everyone in the street was seen wearing one form of mask or another,” Wu wrote.

Images of the Manchurian plague show medical staff covered in thick bandages covering their entire heads. Hooded sanitary workers had cloths wrapped tightly around their mouths and noses as they transported bodies to pits hacked out of the ice-stiffened earth for cremation.

Wu “tried to develop how the strings would work so that you could carry a corpse and the mask would still be on your face,” said Lynteris, describing the push to systematically expand face protection to at-risk workers and members of the public as “completely unprecedented”.

The use of photography in world newspapers also drew attention to the masks, helping to “define the way we imagine epidemics”, he said.

For hundreds of years -- long before the concept of germs -- people have covered their faces to try to ward off disease.

During the Bubonic plague in the Middle Ages, some European doctors wore beak-like masks to protect against “miasma”, what they called air pollution linked to rotting matter and bad smells.

“It was thought that dangerous atoms would not adhere to leather trousers and gowns made of waxed fabric,” said Yale historian Frank Snowden, in his book Epidemics and Society: From the Black Death to the Present.

Doctors during the Bubonic plague wore these bird-like masks to avoid getting and transmitting the virus.

“A wide-brimmed hat could defend the head, and a mask with a protruding beak extending from the nose could carry aromatic herbs that would protect the wearer from the fatal miasmatic smells.”

There were waves of anti-Semitic violence, witch hunts launched, and foreigners cast out.

Miasma theories continued to dominate until the 1800's.

Coronavirus: Covid-19 vs the human immune system and the microscopic war for survival

It was not until the later half of the 19th century that germ theories -- developed by France’s Louis Pasteur, Germany’s Robert Koch, and others -- began to revolutionise the understanding of infection.

Imperial China remained dismissive of scientific advancements from outside.

But that changed with the plague in Manchuria.

“It marked China as a champion of medical modernity,” said Lynteris.

During the SARS epidemic in 2003, masks became everyday items in affected places like Hong Kong.

Masks were also used widely in the United States in the 1918 flu pandemic, which killed tens of millions of people, but Lynteris said societies in the West have a “very weak memory” of that crisis.

“So the mask being introduced now in Europe, or the Americas, that’s a completely new experience,” he said.