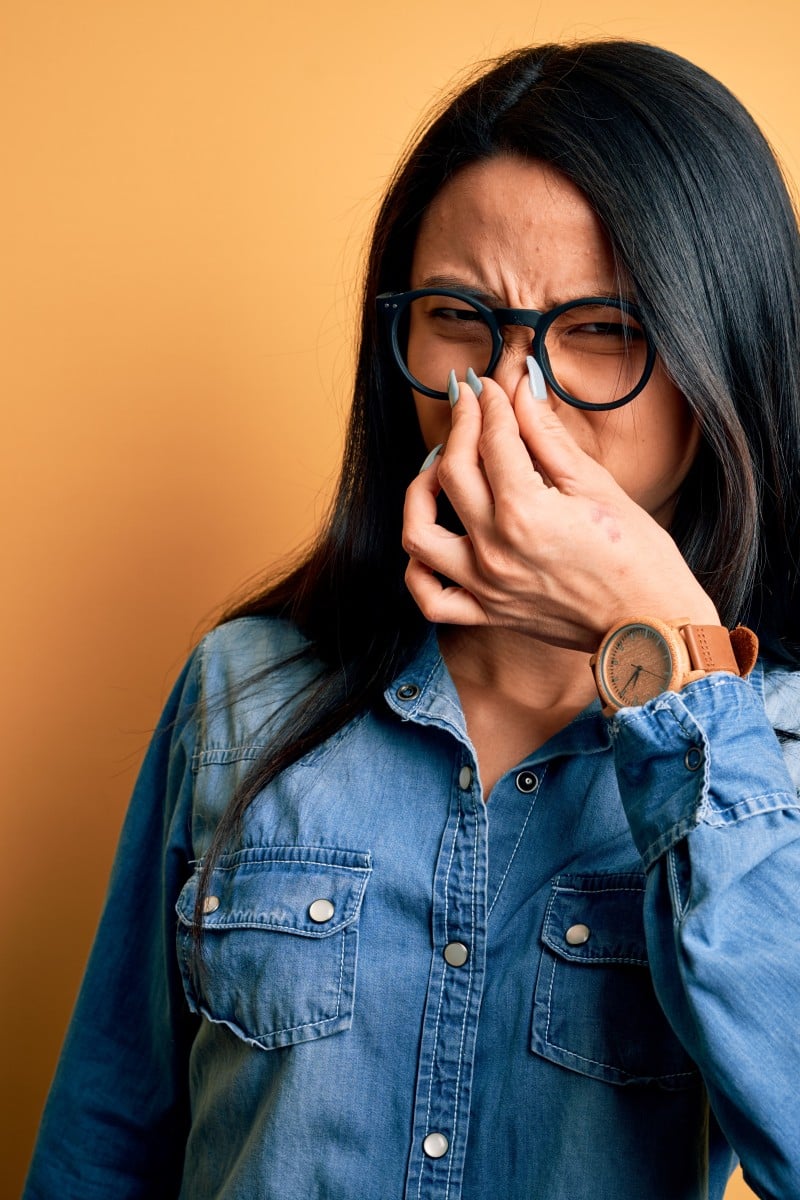 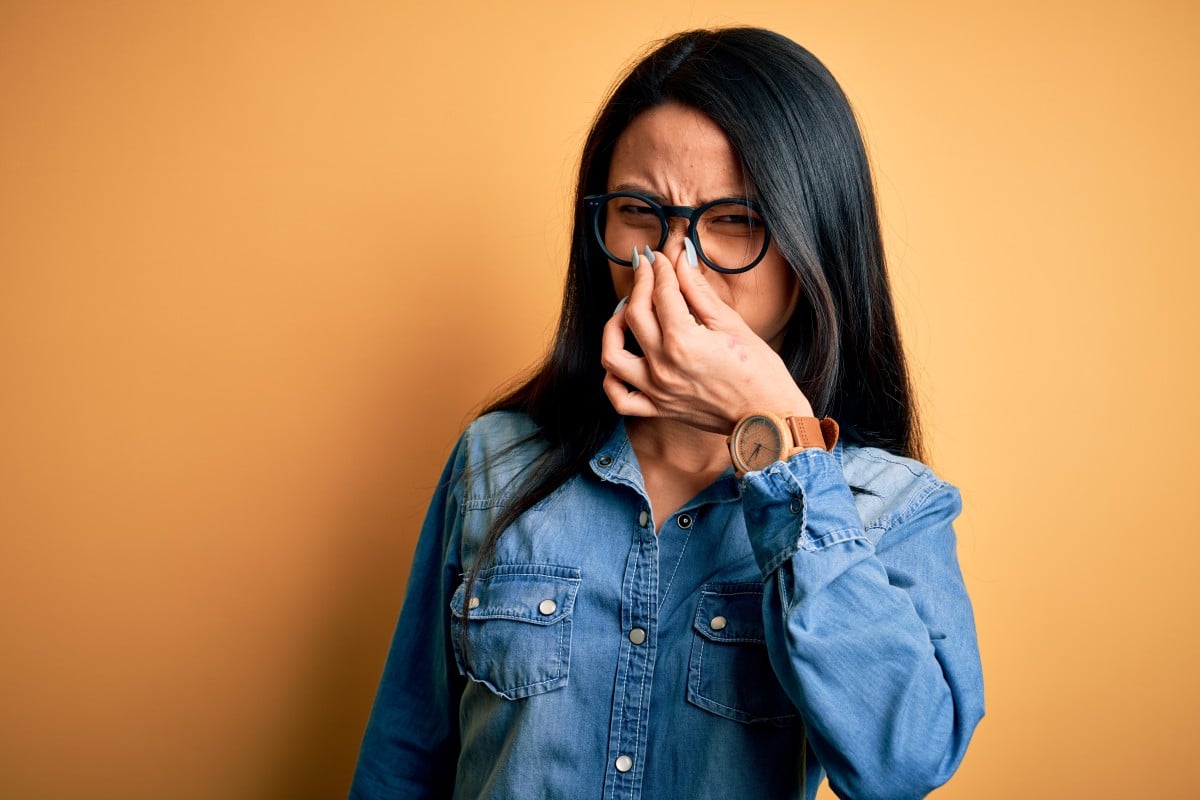 Your nose helps you smell, which helps you taste and avoid danger (such as when you smell smoke). It's also a main entry point for Covid-19, so make sure to cover it with your face mask!

The troubles began on a train in Germany, where these days, passengers must wear masks.

“There’s a reason why it’s called face mask. The next stop will be the last stop for you, if you don’t cover your nose immediately,” an attendant shouted at two men on the Munich train.

The men shrank away at the attendant’s strong words and harsh tone but covered up as instructed. After all, the nose is a big part of a face.

Masks are now mandatory in many places. Most of us have been wearing them in Hong Kong since February, but it’s now illegal not to when in public. Early in July, British Prime Minister Boris Johnson called on people to wear a mask, and to be sure to cover their noses, too. Scientists had warned that Britons were “sceptical”, lagging behind other countries when it came to wearing mandatory face covering.

Do online classes mean the end of typhoon days in Hong Kong?

Most studies suggest that wearing a mask may slow the spread of the disease – if worn properly – by stopping the coronavirus entering the air. Experts from the German Association of Otorhinolaryngology (oh-toh-ry-no-la-rin-gol-oh-jee, the study of diseases of the ear, nose, and throat), Head and Neck Surgery say: “The highest virus density is usually not found in the lungs, but in the upper respiratory tract, especially in the nose and nasopharynx,” the upper part of the throat behind the nose.

Other doctors say that ACE2 receptors, enzymes which allow coronaviruses to enter the body, are found in many organs: the lungs, cornea, and above all, the nose.

That means leaving your nose exposed amid the pandemic poses a double risk, creating an entry and an exit point for the coronavirus.

Sure it’s easier to breathe if your mask doesn’t cover both mouth and nose, especially during hot summer days when sweat can drip under the mask. But it’s crucial.

As a body part, the nose, located right in the middle of the face, plays an uncertain role in life: you can smell with it, wrinkle it or pick it.

They are central to our lives, a fact underlined by phrases such as “as plain as the nose on your face” (obvious), “right under your nose” (something someone cannot see or notice, even though it is very close to them), and “turn your nose up at something” (to refuse to accept something because you don’t think it’s good enough for you).

“The nose is a central element of the human personality. It’s the focus of visual attention and plays a decisive role in shaping the aesthetic effect of the face,” says the German Society of Plastic, Reconstructive and Aesthetic Surgeons.

Your face mask isn't going to be useful if it isn't actually covering your face.

"Being unhappy with the shape of one’s nose creates a high degree of personal suffering and a weakening of self-esteem,” add the doctors.

People choose to have operations on their noses for these reasons – as well as for health reasons – respiratory problems, for example. Nose jobs are among the most common plastic surgeries in the world.

Such operations don’t always involve straightening, reducing or enlarging the whole nose, though. “The tip of the nose and nostrils can also be corrected,” surgeons say.

When it comes to fire, smoke or chemicals, noses are also lifesavers. Unfortunately, though, the importance of the sense of smell is often underestimated, doctors say.

The difference between quarantine and isolation explained

As people get older their sense of smell decreases, which also leads to a lost or lessened sense of taste. Smells also trigger memories, and the loss of the sense is an early warning that someone may develop Alzheimer’s disease.

All in all, leaving your nose exposed is potentially perilous these days.

While a cough and fever are the main symptoms of Covid-19, according to the Robert Koch Institute, Germany’s disease control agency, one in five people also winds up with a runny nose.

And 15 per cent of Covid-19 patients lose their sense of smell or taste, suffering from anosmia, (derived from the Greek word for smell) a condition which involves the absence or loss of smell.

So noses matter, a fact people were slow to discover, as evidenced by the 2004 Nobel Prize for Medicine. That year, US researchers Richard Axel and Linda Buck won the award for describing around 1,000 genes that play a role in olfactory (relating to the sense of smell) receptors.

“A big nose is the sign of a witty, chivalrous, kind, generous, outspoken man, and a small one is a sign of the opposite,” remarked French writer Cyrano de Bergerac (1619-1655), who had a famously large nose himself.

The eyes and mouth play a more communicative role than the nose when we smile, laugh or cry, which is why emojis usually don’t have noses – they aren’t needed.

The exception is the emoji for lying – a face with a long nose like Pinocchio’s – and that’s not a particularly positive feeling.